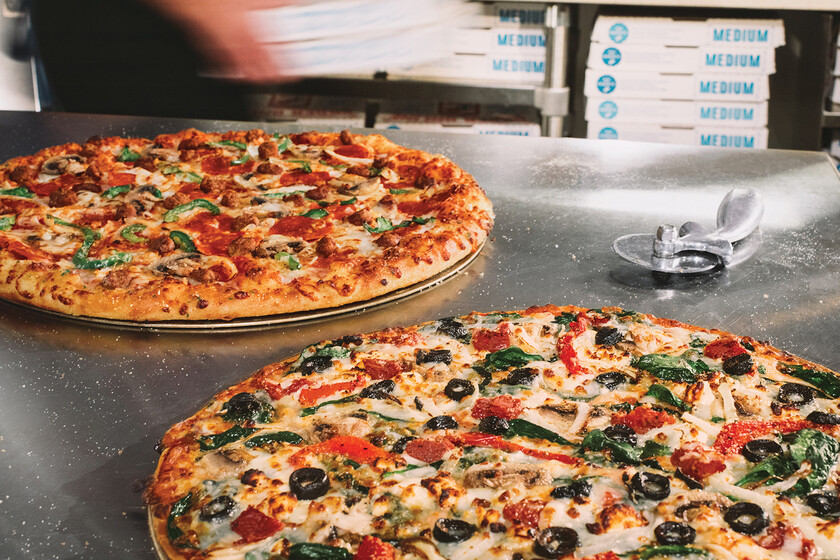 The American fast food company Domino’s Pizza began an ambitious project in 2015, landing in Italy with the aim of expanding its franchises throughout the country that precisely invented pizza. Seven years later, the chain is plunged into a crisis in this country and his withdrawal seems inevitablealthough it has not yet been made official.

knowing how difficult it is to conquer the italians When it comes to dealing with products that are very close to its own gastronomic culture, as happened to Starbucks with coffee, Domino’s plan sounded too ambitious from the beginning. The idea of ​​​​imposing a style of pizza fast food in the worst sense of the word, in the American way, he didn’t seem very bright.

The data and movements reflected in recent months by the company, which operates in Italy mainly through a agreement with the operator ePizza SpA, so they confirm. The company declared bankruptcy in April and has already closed many of the franchise stores, also accumulating large debts with suppliers.

According to Italian media reports, EPizza stopped the activity of all its restaurants on July 20, although no official closure announcement has been made. After declaring bankruptcy, the company applied to the Court of Milan, where it has its Italian headquarters, to avail itself of the protection measures that allows undertaking a restructuring of the company seeking the support of an independent expert.

For now, the activity is paralyzed almost completely, with its stores closed without further explanation, a website that does not work and the impossibility of ordering at home. And the only response from Domino’s is that they will be back “in a few days.”

An overly ambitious plan hit by the pandemic

Many Italians frown when asked for their opinion regarding the failure of Domino’s Pizza in the country, since it seems that a large part of the population, especially in the center and south of the country, have never heard of the company. Others they laugh without being surprisedWhat Italian would rather order an American franchise pizza than go to a local restaurant or trattoria?

American pizza chain Domino’s is closing its Italian outlets. The fast food giant landed in Italy in 2015 but lost out to local restaurants pic.twitter.com/rSpL32l2Mp

However, Domino’s had a very clear objective: to introduce a different style of pizza and, above all, to occupy a niche that was wasted, that of home delivery.

According to ePizza, with which Domino’s had signed a ten-year franchise agreement in 2015, the initial plan was to introduce a large-scale fast food delivery service, beginning its expansion in the north of the country. But the pandemic brought an unexpected crisis as a result of two years of restrictions, which also accelerated the other great rival of the pizzeria chain, the strong competition.

Thus, ePizza alludes to the fact that both restaurants and other local chains began to use external delivery companies also in the wake of the pandemic, monopolizing the sector. And with the reopening of physical establishments, Italians returned to their usual traditional premises.

After initially opening up to a dozen restaurants in Milan, Domino’s Pizza came to have 23 branches in the country under the agreement with ePizza in 2020 and six more through concession to another partner. The sudden closure of a large number of them and the financial problems they do not bode well in the Italian journey of the American company.

Images | Dominos Pizza
In DAP | Italians are orthodox with their food. Except when it comes to pizza with fries and sausage. that’s good
In DAP | The world’s biggest pizza box collector gives us his best recipe (and explains why he never orders pizza delivery)

Cocoa waffles, a recipe rich in protein for a breakfast or snack of champions