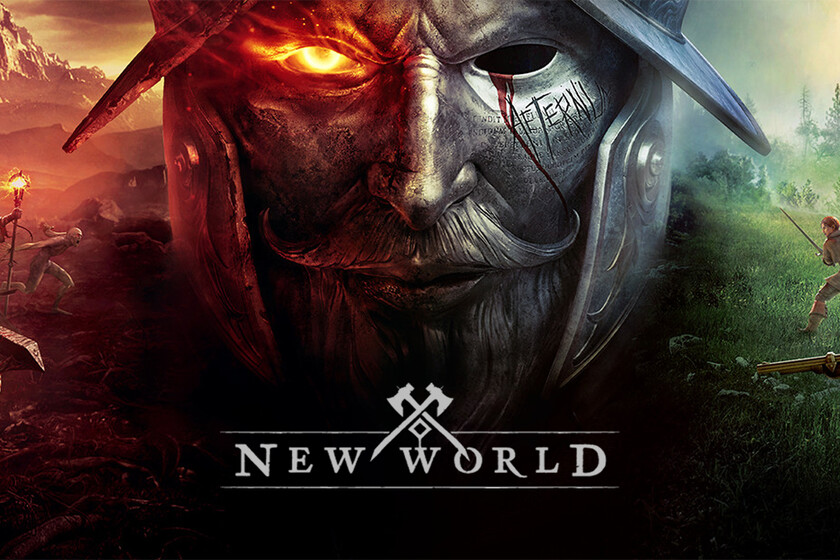 After two betas in which we have been able to soak up what is in store for us New World, you can already propose a basic guide with tips to get started. The Amazon Games game can be a real revolution within MMOs thanks to some of its approaches.

From the objects that you must carry to some tips not to mess it up With the combat system, you have to take a lot of things into account if you want your experience in this title not to be difficult for you. Take out paper and pen, let’s go there.

The New World system forces you to eat every so often to regain life naturally, and failure to do so will not refill your health bar out of combat. Therefore, before going on missions, ALWAYS check that you have enough food.

Always take a look at how long you have left to be run out of food buff, and as soon as it is finished he returns to eat to be able to maintain the hunt.

In the game there are several types of damage:

Each enemy is weak to a type of damage

This means that each enemy will have resistance to one type of damage and will be vulnerable to another type. Ideally, you should know yourself well types of damage that performs the moveset of your weapons to know what to attack each enemy with.

The simplest indicative to know if the damage is effective is the color system:

The last tip regarding damage is simpler than the mechanism of a pencil: learn your moveset. It is important that you know which attack to use at each moment, as it is not the same to face a single enemy than several at the same time.

The first thing you need to know is something pretty obvious: the better the materials of your gathering tools, the more useful it will be. You may be interested in spending some time in the first city you arrive to get the iron toolsEven if that means wasting a bit of time grinding.

The idea is that ALL your gathering skills go up evenly, because you are going to need it if you want to create suitable equipment. As resources ALWAYS appear in the same place, you can create your own routes or collection areas to get materials quickly.

This brings us to the inevitable question of “bread for today, hunger for tomorrow“No matter how lazy you are to collect at the beginning, if you don’t do it and at some point you want to level up your gathering skills, you will have to go back to previous areas to do so, and that’s not too pleasant.

The bags, as in any MMO, they are a key point of the game if you do not want to run out of space in the blink of an eye. Although you can create the bags yourself, don’t forget to take a look at the market from time to time to see if there are any interesting bags.

You will get bag gaps with the passage of the levels, and it is vital that you fill them with the best bags you can.

Travel fast and save time

The game has a fast travel system between cities (and only between cities) that costs a particular material (the Azoth). It is a wonderful way to save time, although being a finite material (and difficult to find at the beginning of the game) it is more advisable to use the return to the inn.

To save time, you have two options: go back home or to the inn that is linked to you. You can have several houses boughtSo try to buy them in distant cities to save as much time (and money) as possible. Use the linked inn as a extra house, and in this way you can have more coverage of the map.

Two other ways to save time would be to place a camp near the area where you are going to do missions (especially if they are dangerous missions) to reappear there, or not to do it and, once the missions are finished, select the option of “reappearance” to appear in the city where you have the inn.

There is a total of 3 factions in the game, and you can only change factions once every LONG time, so don’t make the decision lightly. The best thing you can do to make the decision is to take a look at the equipment that each one offers to find out which one interests you the most.

In order to face other players you have to mark you within a city, and when you go out you can do it. Keep in mind that you will not be able to form a group with people who DO NOT have the active flag, so remember to deactivate it if someone in your group does not have PvP activated.

The New World equipment is VERY customizable, and you can combine the armor parts however you want. The thing is, there is a fairly simple relationship between armor weight: the lighter the armor, the more damage you will do, although you will also hold less.

The US is afraid to show its new space weapon