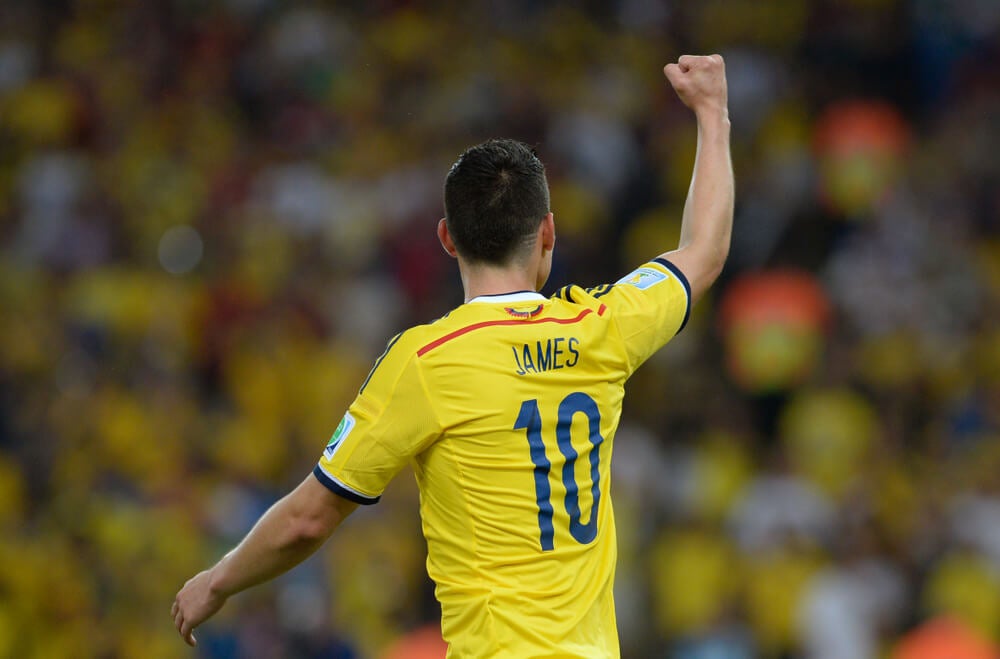 The Colombian who plays in the Qatar League has made the news for his great first aid action that saved the life of a rival. We tell you all about his heroic maneuver.

The action of the Colombian player James Rodríguez with which he saves the life of a rival soccer player is in all the news. This athlete has stood out, in this case, not only for his goalscoring skills, but also for his ability to react in time in an emergency situation.

quick reflexes, Rodríguez was able to carry out a fundamental maneuver so that a member of the rival team would not lose his life. His knowledge of first aid changed the course of Ousmane Coulibaly’s heart attack.

This action joins others in the recent history of football and shows how important it is to manage the basic principles of pre-hospital care. A simple act can modify the fatal course of a pathology.

When the date number 13 of the Qatar League was disputed, this January 9, James Rodríguez saved a defender from the team his team was facing. It was the sports match between Al-Wakrah Y Al-Rayyan.

The second is the Colombian club. Finally, it was this one who prevailed in the dispute, but the results on the board took a backseat.

Before the end of the first half, Ousmane Coulibaly, a 32-year-old defender from Al-Wakrah, he collapsed on the court and would have started convulsing. They ran 41 minutes of the meeting and, as we know today, he suffered an acute myocardial infarction.

Before the paramedics could act to stabilize him and transfer him to a hospital, James Rodríguez saves the life of this rival player by approaching and changing his position on the ground. Given Coulibaly’s state of unconsciousness, the Colombian turns his head to avoid possible drowning.

First aid in a seizure

Although the Senegalese defender had a myocardial infarction, the truth is that the first aid with which James Rodríguez saves him is based on a simple action that is not the cardiopulmonary resuscitation (CPR). Actually, the Colombian acted in time to prevent drowning from seizures.

Some patients, upon having a heart attack and losing part of the blood supply to the brain momentarily, have seizures. It is a picture with some generalized muscle jerks, similar to those of epilepsy.

In the event of a seizure, the first aid steps that we should apply if we are close are the following:

The security position with which James Rodríguez saves the rival footballer

The call side safety position is a how to position the body of people who convulse to prevent drowning with your own saliva. The Colombian athlete acted quickly to ensure that his rival continued to breathe normally until the arrival of the paramedics.

The side safety position it is a way of placing patients who are unconscious and lying on the floor, but they can breathe on their own. The steps to carry it out in a first aid care are the following:

This simple maneuver prevents complications and ensures a patent airway until the arrival of health professionals. In this case of the Qatar League, after Coulibaly’s transfer to a hospital, his club has reported which evolves well:

“Thanks to God, and then to the efforts of the medical staff, our player Ousmane Coulibaly’s condition has stabilized after the heart attack he suffered, and he is currently undergoing comprehensive examinations at Hamad Hospital for added peace of mind.”

The importance of knowing about first aid

It is clear that knowing about first aid is key. James Rodríguez saves the life of the Senegalese defender with a simple act, but one that requires lucidity and a certain technique.

Similar events have happened in football. Perhaps the most remembered due to its closeness in time is that of Christian Eriksen, a player for the Danish national team who was revived on the field of play after his acute myocardial infarction.

But beyond the sport, hundreds of everyday circumstances may require our immediate action to witness an emergency. If you get the chance train in CPR and learn the signs to recognize an emergency.