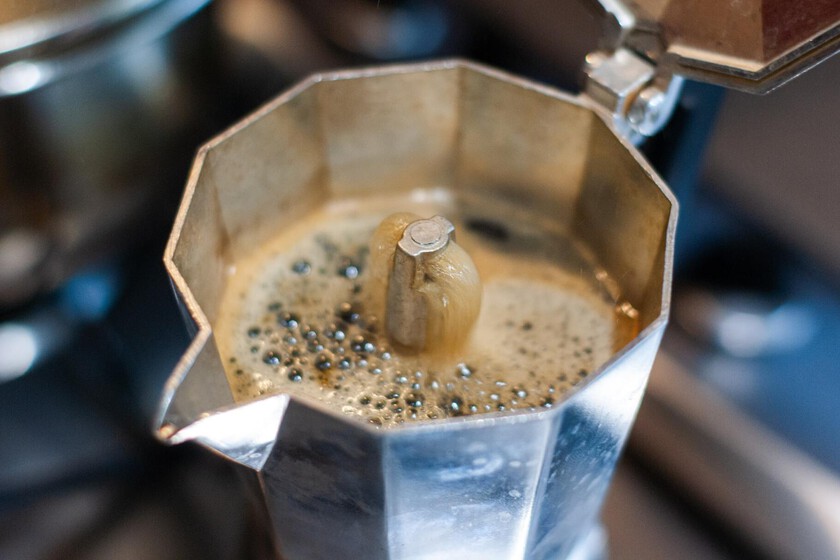 It is difficult to escape the virality of social networks. The latest fashion born in TikTok has already spread like foam on other networks causing surprise, fascination and stupor equally, at least among those who still show some sanity. Because the occurrence of using the Italian coffee maker Milky instead of water it is, in addition to being an absurd filth, something very dangerous.

This weekend it has gone viral on Twitter as a result of the user @isaescorihuela share a video from TikTok of @ 2jenniferarlia29, who replicated an alleged trick that had been circulating for days on the social network and other platforms. It is simply a matter of substituting in a moka-type coffee maker water for milk, and also add pieces of chocolate to the upper chamber. The idea is to prepare a chocolate milk with coffee, a kind of hot shake with the flavor of the ground grain infused.

I need an urgent coffee 🤤 pic.twitter.com/FseupSaR0j

“I urgently need a coffee maker,” commented the first, to which many other tweeters responded with similar messages, with the emotion of someone who discovers something new and wonderful. But soon others broke the magic warning not only of the absurdity of the idea, but of the danger that you have to do it. Let’s see why.

The Italian coffee maker can only be used with water

The Italian or moka pot, invented by Alfonso Bialetti in 1933 and patented by Luigi de Ponti in his name, it was a revolution that allowed Italians, and soon the whole world, to enjoy the experience of a coffee similar to espresso at home, only using the fire of the domestic kitchen. . The Bialetti company continues the legacy and continues to manufacture it today with a popularity that does not decline despite fashions, with new models that adapt to new needs.

And, despite its evolution, the operating mechanism remains exactly the same. If something works, why change it? Doing so, in fact, can be dangerous, especially if you don’t take into account the reasons why something is the way it is.

Inspired by the mechanism of the manual washing machine Louis Bernard Rabautinvented way back in 1822, the original Italian coffee pot is known in its homeland as mocha express and it is on its way to celebrating a century of life without having changed practically anything. Its mechanism is perfect: the water in the tank is heated, generating steam, and that steam forces by pressure the liquid to ascend towards the upper chamber, passing through the filter that contains the coffee, extracting its aromatic compounds.

In the manufacturer’s own user manual we can clearly read that Bialetti points out several precautions:

Do not use other liquids in the boiler or collector: the coffee maker must only work with water. This coffeemaker is intended to be used exclusively only with water and ground coffee for Moka for domestic use: do not use other products.

You don’t have to be very smart to deduce that no, It is not a good idea use milk or any other vegetable drink instead of water. The machine has not been designed for this and it is not the mere whim of a fussy Italian with his coffee.

First of all, milk does not have the same extraction power as water, so we would be wasting or spoiling the infusion of the coffee bean. And secondly, we could kill the coffee pot and even suffer injuries in the process, or at least a good scare.

Milk, in addition to boiling at a different temperature than water, is made up of sugars, proteins and fats that, when heated, can solidify. that typical scum that comes out when heated in a saucepan can also come out inside the coffee pot, thus clogging the filter and the lines of the machine. Cleaning it could be almost impossible, spoiling future coffee forever and even blocking it completely.

If the milk or water does not pass from one tank to the other, the pressure generated will have to be released in another way; the coffee maker can like this burst with great violence, adding to the blows the risk of burns and cuts due to possible damage from nearby objects.

What if we add the milk to the upper tank, so that it mixes with the coffee when it comes out? We could do it, just like adding the chocolate that is also seen in the video, but it’s not like we’re going to win anything either. We would have to add less water for the coffee to have enough room, causing poor extraction, and we would achieve the same making the coffee with milk as always: adding it later to the cup

At Bialetti they are very smart and they know that coffee drinkers also like to have their drink with milk or taste cappuccinos at home. That is why the brand has in its catalog a special italy coffee makerthe coquette mocha mukkaspecifically designed to be used with milk or vegetable drinks.

There are other machines on the market that prepare coffee and other drinks with milk, such as super-automatic espresso machines or some single-dose capsule coffee machines. But the Italian the one of all life, has been working without problems for almost a century just as its creator intended. There must be a reason.

Some of the links in this article are affiliate links and may benefit DAP.

Photos | unsplash
In DAP | 13 mistakes that can spoil your coffee (and how to fix them)
In DAP | Italian electric coffee maker: which is better to buy? Tips and recommendations