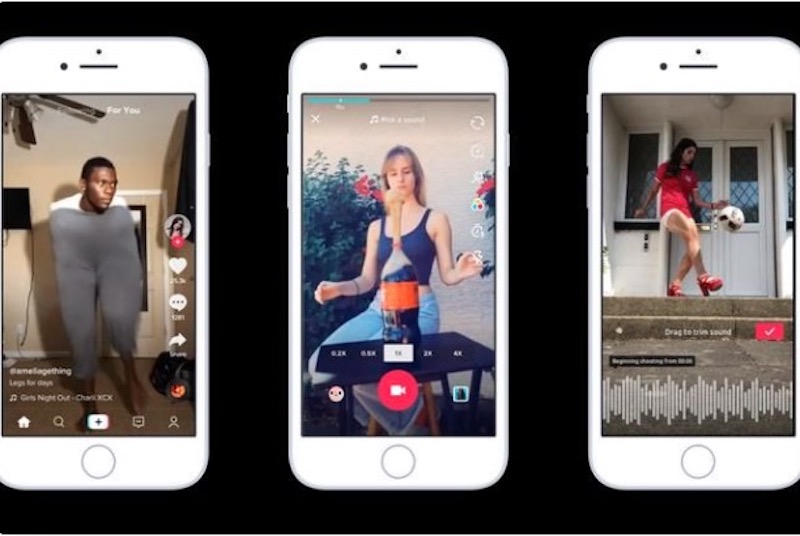 TikTok has become very popular, among many things, for its videos, which are largely about choreography going viral and now the creators are demanding copyrights.

Its growth since the arrival of the pandemic has surprised locals and strangers, because, in reality, few could predict that the ByteDance platform would reach such a drag in such a short time (five years) and, above all, that it would have the influence and power you now have.

A few weeks ago, its great reach was confirmed once again, reaching one billion monthly active users, being one of the greatest successes since its foundation.

Undoubtedly, we are talking about a content platform that, despite having great growth, it is certain that the trend will continue upwards and will win over more users in the future.

However, there is a fact that is causing problems for some of the users, especially those who use the platform to publicize their talents as choreographers, performing dance routines that, in many cases, manage to go viral and, therefore reason, millions of Internet users try to replicate them.

Now, those tiktokers who spend hours designing choreographies that, in the long run, go viral, are demanding that they be recognized as the authors of such work because, according to what they say, they require great creativity to carry them out.

Is it a fair demand?

And, if we think more carefully, the reality is that many of their content creators (of dance routines) usually spend hours (or days, or weeks) trying to do work that is highly creative and, in turn, extremely contagious for millions of people to connect with it and try to replicate it on their own profiles.

Read:  Characteristics, differences and which is better

However, once the process is finished, they are not given the credit that they probably deserve to have, since it is a great artistic work that is little recognized.

This makes sense, too, because some of those content creators actually make a living from it; brands approach them to do such work and pay them, an even more powerful reason for creators to demand that they be recognized as authors of these choreographies, because, after all, they are theirs and they go viral. In other words: they do their job.

An article on the MarketingDrive site even points out the lack of recognition for the creators who are in charge of these dances that manage to go viral:

Creators have expressed that they are often not fairly compensated or credited for their campaign contributions. Even after TikTok introduced new creator tools and special initiatives, the platform and brands have struggled to make creators feel equally valued and validated for their contributions, ”the article reads.

Despite the fact that, in the United States, copyright does not cover current digital usage and trends. However, there is already an exceptional case, as a tiktokera named Keara Wilson managed to have her authorship of the choreography #SavageDanceChallenge recognized and did so thanks to a system called Labanotation, which allows registering body movement using specific symbols and patterns themselves that can be lined up with a musical accompaniment.

Without a doubt, a topic that can open an interesting debate. We will see how it ends.

Apart from GeForce Experience, so you can configure your NVIDIA graphics

3 scenes from Dune that Villeneuve would proudly show Frank Herbert

Who is Lautaro Caín, the fugitive for the crime of the deputy commissioner of the City Police