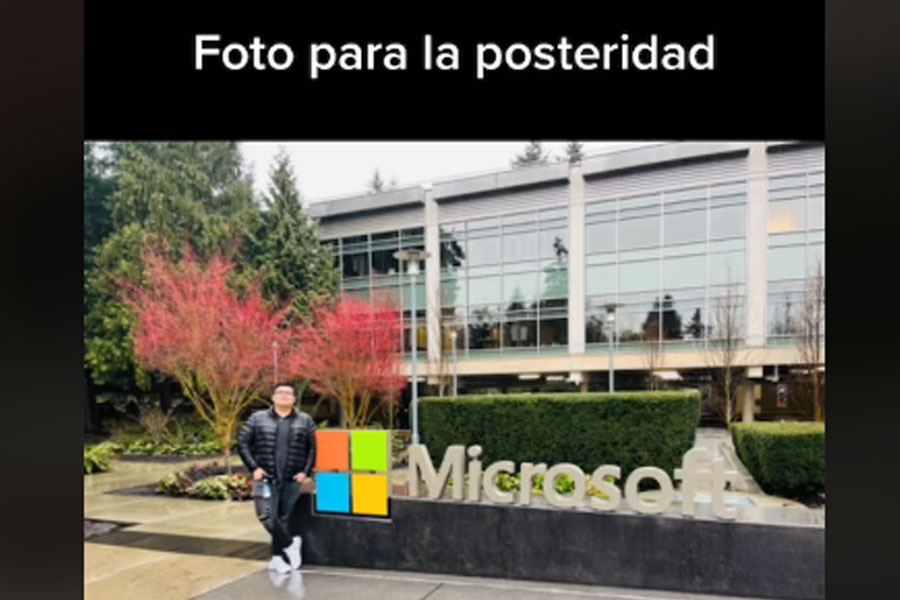 The Tiktoker who had managed to go viral for a video showing how the company received him on his first day of work, now showed his followers how he managed to get the job and apply for the vacancy at Microsoft.

The tiktoker Antonio Hernández or @antoniohdz9 As it appears on his social network, it went viral a few days ago because, in a video shared on his account, he showed the impressive number of gifts that the company gave him when he worked at Microsoft. Since that video, the user has also shared extracts that show a little more about his work in one of the most important companies in the world.

These are some of the videos shared by the user about his work at Microsoft:

On this occasion, the user has chosen to make a video where he explains how he can apply for a job for the technology company and, at the same time, decided to give some tips and points to apply to Microsoft vacancies. In his TikTok he shows aspects of the vacancy on the official United States site and indicates the specifications that each applicant must have if he wishes to work in the company, among which 2 to 5 years of experience stand out, and extensive knowledge in development systems.

What’s more, although the vacancy does not indicate as a requirement to have a university degree, the truth is that the user clarifies that it is necessary to process the work visa. Likewise, the job offer does not require knowledge of English, but when specifying that it is a job in the Washington offices, he comments that it is something necessary. Some comments continue to ask how they can also work in the company, considering their own limitations, so the tiktoker has promised to upload more content to the platform in order to clarify all the doubts that arise.

This is the video shared by user Antonio Hernández:

16-year-old teenager would be behind Lapsus$, the group that hacked Microsoft