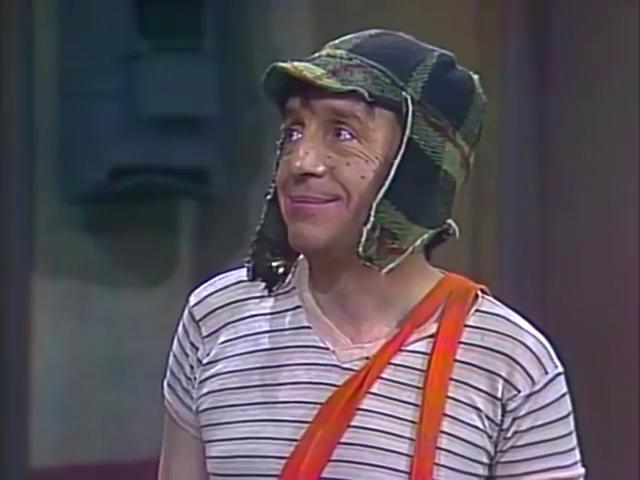 On TikTok they present the “neighborhood of the kid”, the “competition” to the series that Eugenio Derbez is developing About Roberto Gómez Bolaños.

Not long ago it became known that the actor Eugenio Derbez was working on the project for a biographical series on Roberto Gómez Bolaños, “Chespirito”, who gave life to the character of “El Chavo del Ocho”.

TikTok has been characterized for being, today, a viral social network, since, in some way, its platform allows it: a site where short videos are uploaded that, thanks to its enormous reach, is capable of reaching a audience numbering in the millions.

In fact, it is necessary to remember that, since last year, the Chinese social network has managed to exceed one billion monthly active users, a fact that it achieved in just five years since its foundation in 2016.

On the other hand, something that has drawn attention is that, at present, the platform developed by ByteDance is the most searched site on the internet, surpassing Google, Amazon, Facebookamong many others, this according to data from a recent report prepared by Cloudflare.

Given these statistics, it is not surprising, in fact, that when talking about TikTok we find one of the platforms that, according to some specialists, will continue to grow, at least, until 2025.

This is the “Vecindad del Chaval” in Spain

From this perspective, it is worth noting a video that has begun to attract the attention of Internet users in which the version of “El Chavo del Ocho” dubbed into Spanish from Spain is shown.

Read:  Take care of your pet with this Netzhome security camera

And it is no secret to anyone that, despite all the criticism he has received, the iconic character of Roberto Gómez Bolaños was one of the most popular on Mexican television, especially in Latin America, in countries like Chile, Brazil, Argentina, etc.

However, for sure, it is not known what the true impact of the program was in the so-called old continent, where, naturally, it had to be adapted to the language of each country to which it was sold.

Now, the case of Spain has always been one of the most noted due to the way in which it is dubbed in that country, before which, of course, the “El Chavo del Ocho” program has not escaped and is through TikTok that some images of “la Vecindad del Chaval” are presented, starring “Chespirajo”, as heard in the clip.

Of course, it is a parody that, as we can see in the video, has exceeded one million views due to dubbing and, above all, to the names of the characters, very much in the style of what is customary in that country at the moment. to tropicalize films or programs that come from abroad.

Characters like “Quique” (Kiko), “Don Paco” (Don Ramón), “El Profesor Flamencón” (Professor Jirafales), “Doña Cádiz, the Witch of Zaragoza” (Doña Clotilde, the Witch of 71) and “María Jesusa de Los Apóstoles, la Coruña” (La Chilindrina) are the names that the tiktoker has given to those already known to Roberto Gómez Bolaños.

In the end, to a large extent, that is what TikTok is all about, developing creativity for the sake of becoming viral, because, as we know, today the world is governed by what happens on social networks, where, precisely, the Chinese platform has earned a privileged place.