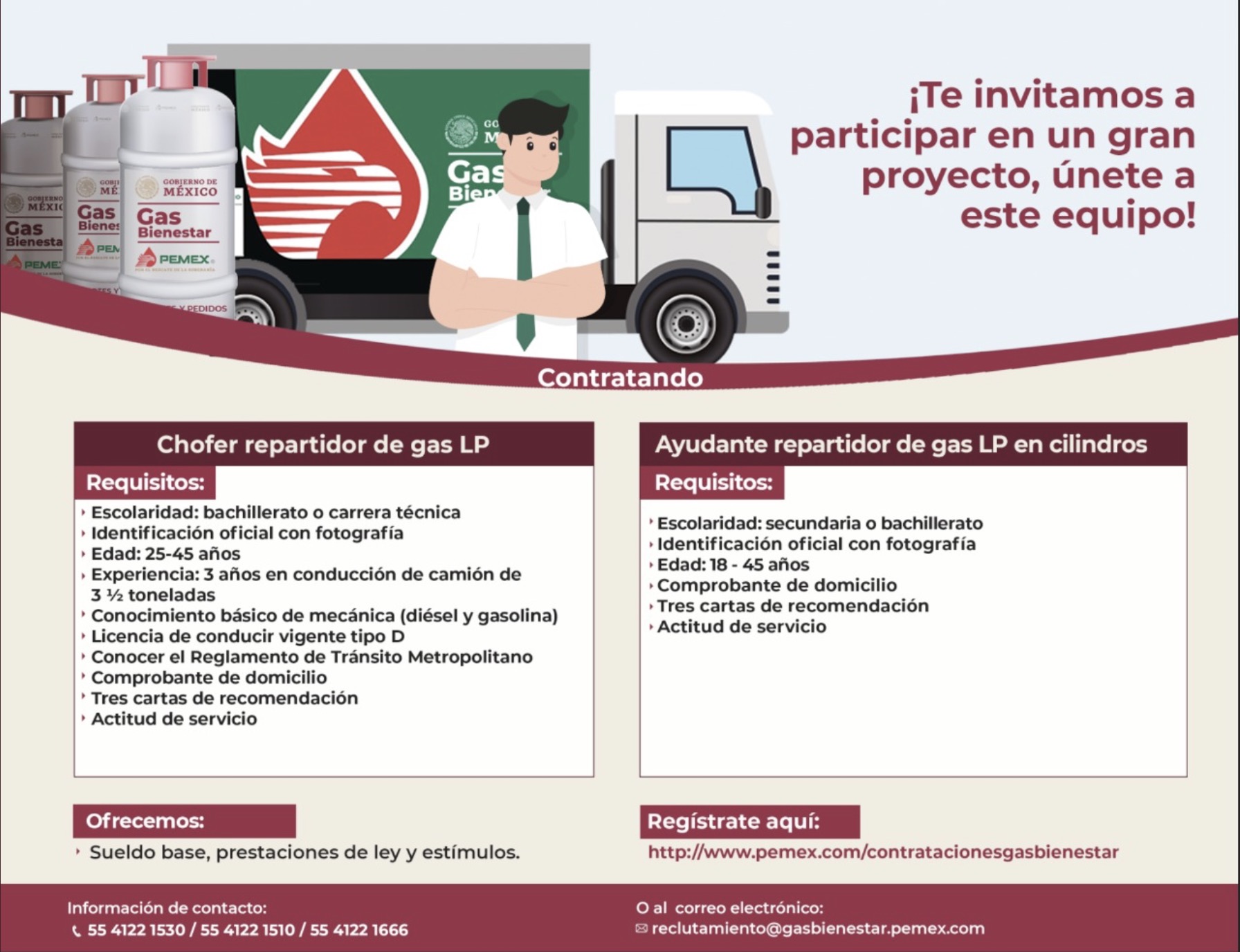 Perhaps one of the most prominent events of the last seven months in terms of politics and society has been the announcement of the new government gas station that will hit the market under the name Gas Bienestar.

It is an initiative promoted by Andrés Manuel López Obrador (AMLO) who has indicated that this new brand of LP gas could be the solution to the high prices of fuel in the country.

During his most recent government report, the president made special mention of this matter, acknowledging that some prices of the aforementioned fuel have increased.

In this way, he affirmed that his government would analyze the situation in order to adjust prices, in the same way that has happened with electricity and gasoline, which have not had rises beyond inflation according to the numbers presented by the president .

Thus, he indicated that Mexico City is the entity where the most increases are registered due to what he called the “monopolistic distribution networks.”

“Do you know where (gas) has increased the most? Here in Mexico City and it is because there are monopolies that control gas and are distribution networks that dominate even in the colonies; we are already analyzing and we are going to face it ”, highlighted AMLO.

After these statements last month, AMLO announced the creation of a new state company that will be in charge of distributing gas at competitive prices, which will operate under the Gas Bienestar brand.

In addition to setting a maximum price for the sale of the aforementioned fuel, this new proposal translates into the government’s response that aims to curb high gas prices and improve competition within the sector.

“Gas Bienestar is going to be called, they are going to sell gas cylinders, 20, 30 kilos, at low prices in the colonies, without these companies stop selling, so that there is competition, and in natural gas we will be doing the same because we have surpluses ”, highlighted the president from his press conference at the National Palace.

Specifically, it was detailed that this new brand will depend directly on Petróleos Mexicanos (Pemex) and that it will begin operations in about three months in Mexico City.

According to AMLO, at the same time there are five companies that distribute gas, which account for 50 percent of the market, with which the competition, according to the president, is damaged leaving high levels of profit in few hands.

In the midst of this scenario, it has now been announced that the new brand would be a few weeks away from officially beginning to operate, which has drawn attention to the opening of vacancies for those interested in working in this new brand that seeks modify competition in the fuel sector in the country.

Through its official Twitter account, Petróleos Mexicanos (Pemex) announced that it is looking for drivers and distributors to give life to the project around Gas Bienestar.

Among the requested requirements are:

For the delivery men

While some consumers applaud the initiative due to the promise of lower prices, others mock the new company and indicate that this is a step by the government to apparently begin to control key sectors for the country’s development.

It is important to mention that this would be the second great brand created under the mandate of López Obrador.

Towards 2018, the National Savings and Financial Services Bank, Bansefi, transformed its brand and name to make way for the People’s Welfare Bank.

Although the arrival of this new company could undoubtedly improve competition in the market, it is also fair to recognize that few details were given about its operation, so we will have to wait to know the true benefits that this new brand can bring to the market and to the final consumer.

Join the work team of #WellnessGas as a driver or assistant distributor of LP gas in cylinders.
🚛👷🏽‍♀️👷🏽‍♂️