By MatthewSeptember 27, 2022No Comments5 Mins Read 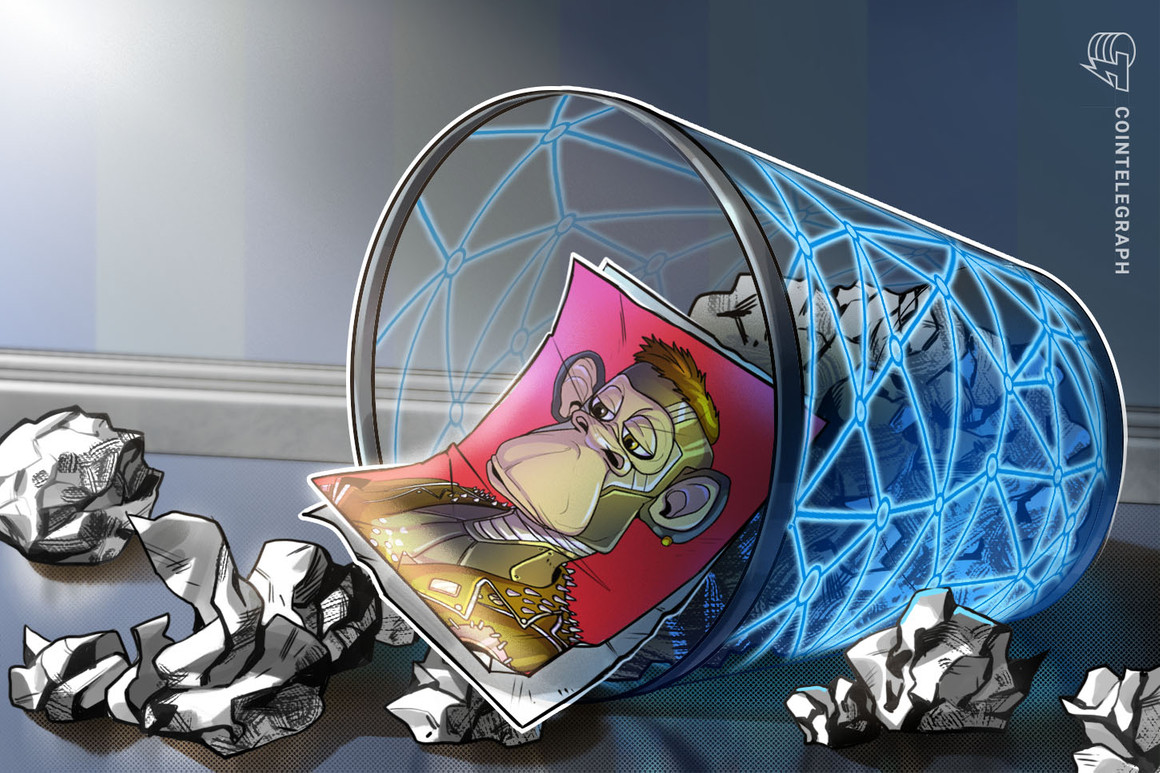 Time to move on from the Bored Ape Yacht Club. They are bad for NFTs. They give critics ammunition and distract from the technology, which is where the real value lies.

To outsiders, NFTs are nothing more than overrated monkey JPEGs. Or any animated animal profile picture that is in the line of fire.

NFTs, of course, are much more than that.

But because of Bored Apes, and the countless knockoffs they’ve spawned, NFTs are getting a bad rap. “Bubble”, “money laundering” and “scam” are terms associated by critics with the new “Beanie Babies craze”.

Yes, Bored Apes are still priced above $100,000 (a fifth of what they were worth at the peak of the market). But, they are tied to the tumult of cryptocurrency volatility and market sentiment, which has dropped along with the cryptocurrency market crash.

There are also ape-backed borrowers on the verge of liquidation and 143 apes already stolen, including Seth Green’s bored ape, who was forced to pay to get it back. And, of course, there are also the fans who slapped Eminem and Snoop Dogg when they performed as their apes at the last VMAs.

Bored Apes are the face of the NFT hype cycle. They may be the closest thing to the aforementioned Beanie Babies in the NFT space due to their status. But it is a categorical error to paint an entire industry with the same brush: The hype is not the technology.

If you look beyond what’s on the market, you’ll find unique ideas with real-world value.

Here’s one: transporting medical data. Researchers at Baylor College of Medicine have suggested that smart contract-powered ownership of NFTs could give citizens control over who accesses their personal medical records. Citizens already give away their information to medical apps, but smart contracts could allow them to sell their data as NFTs if they wish.

Hospitals and private institutions routinely sell patient data through so-called data brokers to companies like Pfizer: it’s a multi-billion dollar industry. This may seem harmless, but you never accepted it. Maybe he wouldn’t have if he knew how much his data is worth.

Selling or securing your data as NFT could become a real option, as long as proper hacker prevention measures are taken. NFT encryption can keep content private while allowing it to remain in public storage.

Another service that NFTs can provide is to speed up the payment of royalties. Artists’ copyrights have not been codified into US law, only proposed. The EIP-2981 rule on copyright caused this to be encrypted into Ethereum, paving the way for Polygon and other chains.

With the enhanced security and versatility of NFTs, private documents can be airdropped into users’ wallets. They could be legal documents delivered by law firms or property deeds. Hypothetically, we could see an employment contract on the blockchain, interacting with decentralized finance payment protocols to provide wages based on tasks performed.

Despite the endless cries of “wen utility,” which have echoed through NFT communities, the utility was always there: A token is verified on the blockchain that promises interoperability through a self-executing hard-code agreement. It’s the gateway to digital and physical real estate and on-chain gaming experiences or whatever content your digital identity unlocks.

And it keeps growing. On the NFTGo trading platform, there are 10x more Ethereum wallets holding NFTs compared to August 2020. Doodles just raised $54M to bolster their IP. The creators are building. And, many skilled underground artists are earning more now than ever.

NFT art has turned the traditional art industry upside down. Not only because of the figures that grab the headlines, but also because of the promise of provenance. Although profile pictures may have stolen the show, the technology got there first and it will thrive without its Bored Ape counterparts.

It would also be better to leave the term “NFT” in the past, as a genre that is only defined by a limited cycle of boom and bust, and move forward with “digital collectible”, a term that some have started to use.

It’s inevitable – and healthy – that some sort of spin-off will take place to relieve builders of the burden of inflated expectations, market crashes and celebrity money grabs.

If you still don’t see the value, you may still have the Bored Ape glasses. take them off There are a whole host of use cases for NFT technology on the rise.

OC Ripley is the main content creator for Curio DAO, an NFT community on the Ethereum blockchain. He is also the editorial director of Tech & Authors and has been active in blockchain since 2017.

The author, who revealed his identity to Cointelegraph, used a pseudonym for this article. This article is for general information purposes and is not intended to be and should not be taken as investment or legal advice. The views, thoughts and opinions expressed herein are solely those of the author and do not necessarily reflect or represent the views and opinions of Cointelegraph.