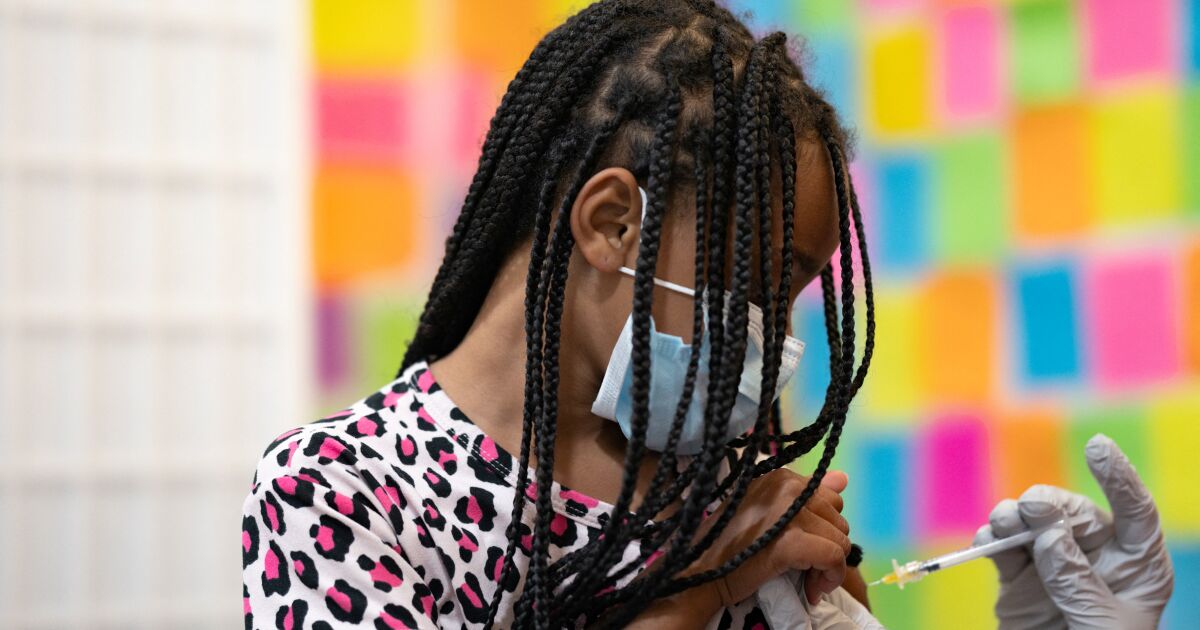 According to the new data, 1,678 children received a third dose at least two months after the second, at a time when the Omicron variant was predominant.

An analysis of a subset of participants revealed that antibody levels were similar to those seen in 16- to 25-year-olds who received two doses. No new adverse events were identified, and most side effects were mild or moderate.

“According to Pfizer’s press release, all three doses of its COVID vaccine appear to be very safe and highly effective in preventing not only severe illness, hospitalization, and death from COVID, but also symptomatic COVID at a time when the Omicron was the dominant variant,” Celine Gounder, chief public health editor at Kaiser Health News, told AFP.

“However, we do know that protection against SARS-CoV-2 infection and milder symptomatic illness declines over time,” added Gounder, an infectious disease specialist and epidemiologist.

“Pfizer reports follow-up data only up to seven days after the third dose of the vaccine. It’s too early to say how three doses would work after several months or a year.”

“I wish the two-dose vaccine would have worked for Pfizer-BioNTech. It didn’t. But the three-dose series seems to have given these very young children the protection we want them to have,” Jeremy Faust of the Department of Health told AFP. Emergency Medicine at Brigham and Women’s Hospital in Boston.

Severe COVID illness is very rare among those under five years of age. The United States has registered 477 deaths in this age group, 0.1% of all deaths.

Read:  Why Pandemic went viral and won the hearts of Japan