This wins a Mexican drink vendor in Central Park 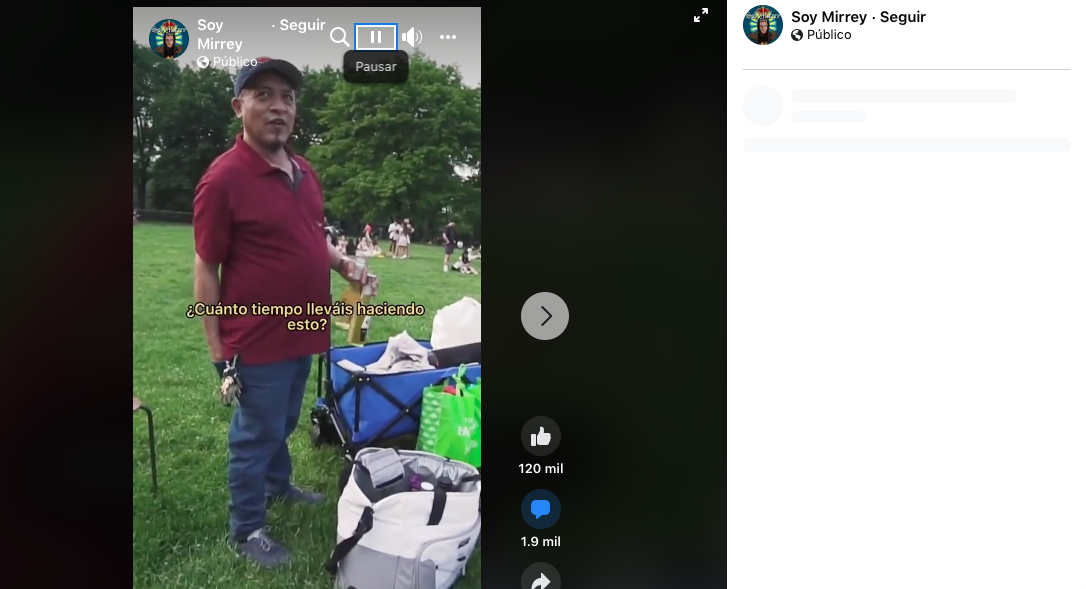 Social networks have become the best tool for many people, especially to promote their professions or their businesses. This is the case of a Mexican who shared through a video on Facebook his story as a migrant in New York, and how much he earns as a beverage vendor in Central Park.

In this sense, experts detail that although the migration of Mexicans to the United States has been driven for years by workers without higher education who work mostly in the agricultural and construction sectors, the picture has changed in recent years.

According to estimates of the Migration Policy Institutea think tank specializing in migration issues based in Washington, Mexicans constitute the group of foreigners most numerous in the United States, they are 25 percent of the 44.5 million immigrants in 2017.

This wins a Mexican drink vendor in Central Park

It is normal that every day some video is vitalized on social networks, where it is the Internet users themselves who tell their stories. One of these trends is recording migrants who are working in other countries and who have developed well in their workplace.

This is the case of a video shared on the MiRey channel where they show the story of a Mexican migrant in the United States who is selling drinks in the middle of Central Park in New York.

In the recording you can see the man working while he shared that he works selling drinks on weekends, where he can earn between 4 or 5 thousand dollars, which is around 90 thousand or 100 thousand Mexican pesos.

“If I come on a Saturday and a Sunday and it’s good in two days I put in between 4 and 5 thousand dollars,” he said.

Likewise, he explained to the young man who was interviewing him for the video that he has been selling drinks in that place in New York for 35 years and he is 57 years old.

“I have other jobs, I work for two companies, I drive trucks for six days in one and five days in the other, and then I come to work here,” he says.

“I work in Central Park from 5 in the afternoon until 8 at night and on Saturdays and Sundays, since I don’t work at one of the jobs I have time to come from 2 in the afternoon,” he explains.

“I do not rest, and I will not rest until I have an apartment here in New York,” he says in the video that records more than one hundred thousand likes.

This video is added to the other recordings that have been vitalized in social networks, since Mexican migrants share their professional stories and how much they earn in jobs like this and that shows that you can earn more than a professional in Mexico, where statistics of the Labor Observatory of the Ministry of Labor and Social Welfare indicate that The average monthly income of employees in Mexico with a professional career amounts to 11,549 Mexican pesos, which would be 383 pesos per day, well below the amount mentioned that the daily window cleaner earns.

In conclusion, we often see itinerant work as an activity that does not generate large incomes, but many people around the world can support a family by working in this sector.