This will cost the British the funeral of Queen Elizabeth II 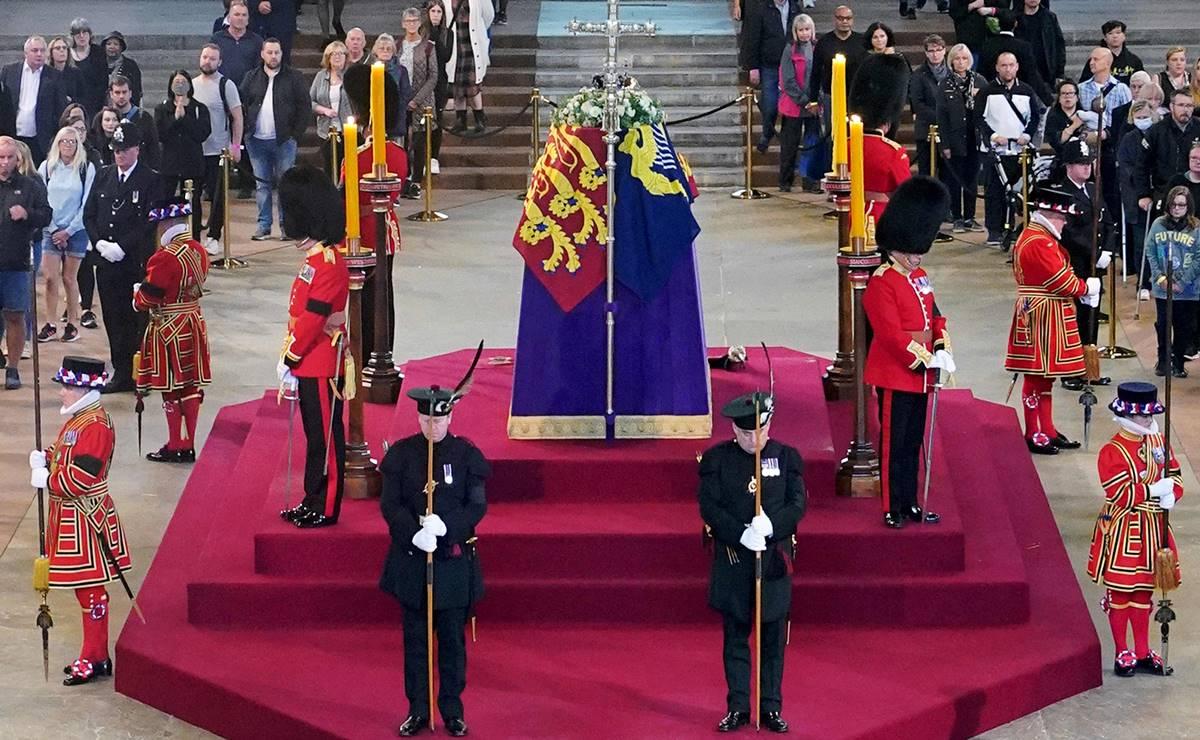 This Monday, September 19, would be the last day marked in the protocol, after the death of Queen Elizabeth II, last Thursday, September 8. Given this, opponents of the monarchy in the United Kingdom have criticized what the monarch’s funeral will cost the British in a context of historical inflation in that country.

The monarch, who was considered the oldest in the world, will receive a state funeral in Westminster Abbey, which is known as a protocol ceremony in honor of high-ranking figures of a country. It is an event that, due to the importance of the person, is done publicly, in which the inhabitants of the place pay tribute and bid farewell to the person.

At the state funeral, a national mourning was decreed for three days with the flags hoisted at half-staff, this is done in public places and buildings; private venues can also do it, but it is not mandatory.

In that senseState funerals are publicly funded and can cost millions.

But according to estimates by British media and taking as an example previous funerals for members of the royal family that have been expensive, such as that of the Queen Mother in 2002 would have cost the taxpayer, according to a research briefing paper the House of Commons5.4 million pounds sterling which is equivalent to 6.22 million euros, or just over 125 million Mexican pesos.

He was the last member of the royal family to lie in Westminster Hall, where more than 200 thousand people paid their respects for three days.

Before that, other state funerals have been held in the United Kingdom by the Royal Family, remember in 1997, the funeral of Diana, the Princess of Wales, ex-wife of the then Prince Charles, cost between 3 and 5 million pounds, which is equivalent to 3.46 and 5.76 million euros, or between 69 million and just over 133 million Mexican pesos.

How much will Queen Elizabeth II’s state funeral cost?

With an agenda that was revealed since last September 8, date that Elizabeth II died, United Kingdom, is preparing this Monday to hold the state funeral of its monarch.

That is why the queen’s coffin is in London and is venerated by thousands of subjects who stand in line for up to 12 hours to say goodbye to her, but among those there are also opponents of the monarchy, who are close to 20 percent of the population, who denounce the cost of the funeral as excessive in a context of historical inflation that reached 10 percent in August in the European country.

It is estimated that the funeral will be attended by some 500 foreign dignitaries, who will be witnesses when the coffin is transferred from the Palace of Westminster, seat of the British Parliament, to Westminster Abbey, where a religious service will be held. It will then be taken to St George’s Chapel at Windsor Castle.

The Queen’s grandchildren hold a Vigil beside Her Majesty’s coffin at Westminster Hall. pic.twitter.com/lChZW6OdIP

This is the largest international event held by the United Kingdom in decades, and although it is financed by public funds, Its cost is not yet reported.

According to a recurring argument of the defenders of the British monarchy, the royal family costs money, which would be 50 million euros a year, but it contributes even more to the country thanks to the income derived from tourism.

“It is very difficult to give an estimate for the queen’s funeral. No British monarch has died for 70 years, and the monarch’s funeral always tends to be on a larger scale than the funerals of other members of the royal family,” expert Elizabeth Norton told The Big Issue.

And it is so, although there is no estimate of how much Elizabeth II’s funeral will cost the British, what is known is that it could cost billionssurpassing the aforementioned funerals and even that of her husband, Prince Philip, which was obviously very simple due to the Covid-19 pandemic.

Draped in the Royal Standard, Her Majesty The Queen’s coffin is taken in Procession to Westminster Hall. pic.twitter.com/m19YFYQuWv

In conclusion, before the death of the monarch, the United Kingdom was going through an economic crisis, where in August inflation reached 10 percent, the highest level for forty years. Which is why energy prices are up nearly 300 percent since October 2021.