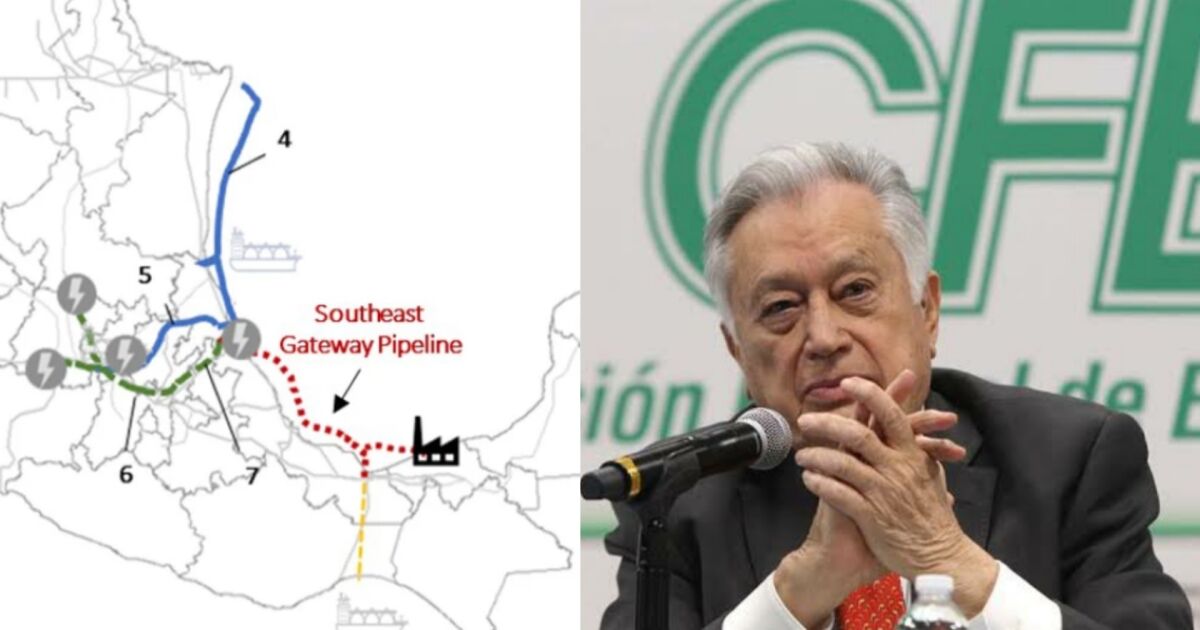 The tracks of the second marine gas pipeline –or an extension of the first– have been given little by little. The first part of the announcement was made at the inauguration of the Olmeca refinery, in Tabasco, at the beginning of July. Manuel Bartlett, the director of the national electricity company, announced that day two CFE agreements with the private sector: one with TC Energy and another with the American New Fortress Energy – which will also invest in projects of the state-owned Pemex. That day, Bartlett emphasized that the projects would be aimed at strengthening the “energy security of the southeast” and that the company’s role in them would be different from what was previously agreed. “CFE will stop being just a consumer of transportation services and will be a partner and co-owner of that gas pipeline,” he said.

TC Energy gave more details of the alliance a few days ago: the work involves an approximate investment of 4,500 million dollars and the costs will be absorbed by both companies, without specifying the percentage of the contribution of each party. But initially, the state-owned CFE will have a 15% stake in the gas pipeline, which will gradually increase until it reaches 49%.

The 715-kilometre gas pipeline will originate in Tuxpan –where the first stretch that runs under the sea from South Texas ends–, will continue offshore and will make landfall in Coatzacoalcos, Veracruz, where will take fuel to the Salina Cruz liquefaction plant, and in Dos Bocas, Tabasco. The project also will transport gas to the Olmeca refinery –which is still under construction– and would connect with the Transístmico gas pipeline, which has been projected by the federal government to connect the port of Salina Cruz, in Oaxaca, with Jáltipan, Veracruz.

The Southeast Gateway will also connect with the other two projects awarded to the Canadian company and which until recently were the subject of dispute in arbitration processes. The start of operations will be in mid-2025, as announced so far.

But the agreement includes an even more important part: the state-owned CFE will acquire a share of the assets that TC Energy has consolidated in Transportadora de Gas Natural de la Huasteca, a subsidiary of the Canadian company founded in 2004 and which includes the Tamazunchale-El Sauz, Tula-Villa de Reyes and Tuxpan-Tula gas pipelines. In a statement, TC Energy has said that together with the national electricity company they decided to consolidate the gas transportation agreements they previously had and the relationship with the assets in a single contract that will run until 2055.

The strategic association is still subject to regulatory approvals from the Federal Economic Competition Commission (Cofece) and the Energy Regulatory Commission (CRE). The Canadian has advanced that these processes could take up to two years. And it has also made the assignment of participation conditional on the state company complying with its commitments: capital contributions and that which refers to the facilitation of permits, dealings with the communities and the disposal of land. These last two items that are regularly complicated for companies that build an infrastructure project.

The Moody’s agency, which recently reduced the state company’s credit rating, has described as positive the new relationship between the companies. “The alliance is positive for the CFE since it renews its commercial relations with the private sector and reduces its exposure to legal disputes,” he said in a text. The state company adds, until the second quarter, 24 open international arbitration processes. “Moody’s sees the announcement as a positive for the industry as well, as it provides evidence to the market of increased investor confidence, which has weakened somewhat in the recent past with these and other disputes between state-owned companies and the private sector. ”.

In a recent press release mentioning the project, The state-owned CFE has said that it plans to go from an electricity company to a transnational company with a social commitment. Rating agency Moody’s says the latest announcement is consistent with the Mexican company’s strategy to take a more active role in the gas transportation business, beyond being just a buyer.