Bullfrag
Home Technology Automobiles This will be the grill of the new BMW X8 with plug-in... 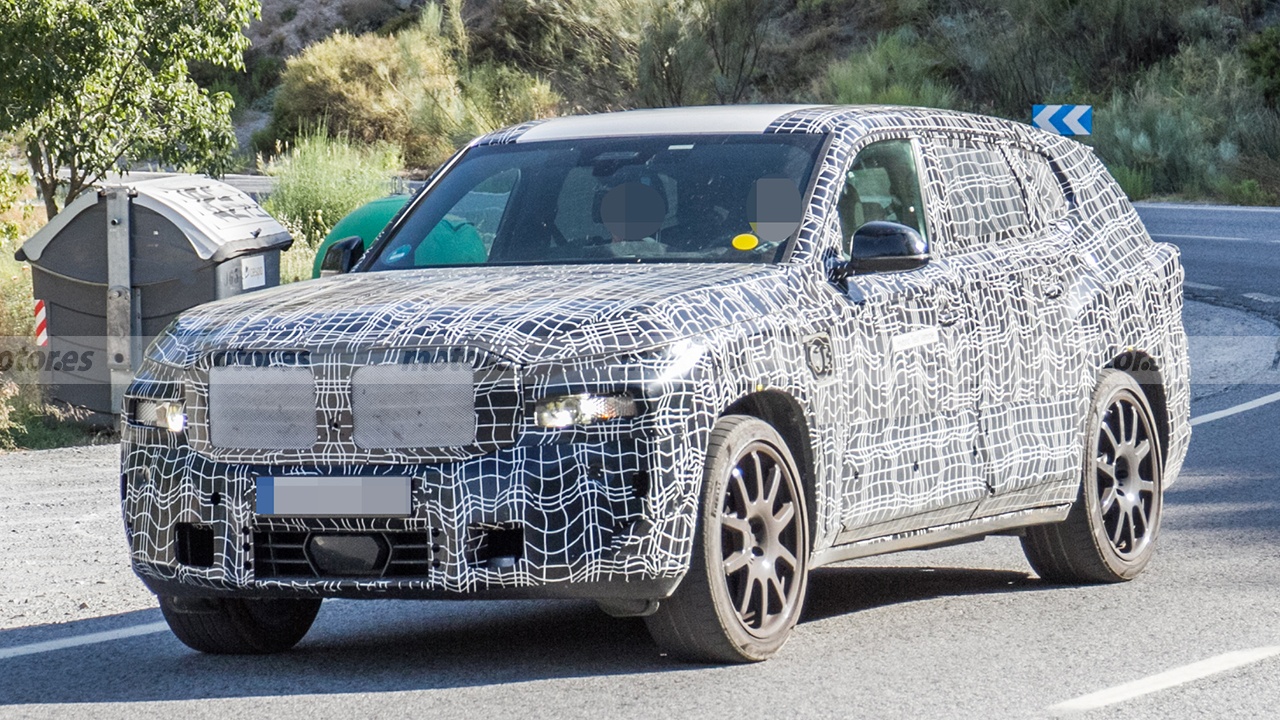 The development process for the new BMW X8, the new flagship of BMW’s SUV range, continues. Once again, a test specimen has been photographed in broad daylight. On this occasion, and despite the camouflage, you can glimpse what the grill of this SUV that uses a plug-in hybrid mechanics will be like.

In recent months there have been numerous sightings of the new BMW SUV. A symptom that shows that the development process is well advanced and that the German manufacturer has pressed the accelerator, carrying out all the possible tests in a short space of time. Once again, the new BMW X8 has been hunted in broad daylight.

The future X8 will position itself as a true flagship in BMW’s SUV lineup. A model that seeks to be a leader in exclusivity, performance and electrification. In addition, in the development process the presence of BMW M
it is being key and decisive. In this new sighting there are very interesting details to comment on despite all the camouflage.

Spy photos of the new BMW X8, the grill and the battery charging socket

A priori, the camouflage that this X8 test sample presents has not changed. However, the ideal conditions have been given so that the design of the grill can be glimpsed. If we take the current BMW X7 as a reference, we will realize that a different configuration will be chosen. The new X8 will present a grill with horizontal slats.

On the other hand, and no less important, this prototype also has the battery charging socket exposed. It is located on the left front wing and the cover that it should have has been removed. We must bear in mind that, in this case, we are dealing with a vehicle powered by a plug-in hybrid system, so this component must be integrated into the design to carry out the battery recharging process that will allow it to circulate in fully electric mode.

The project is known internally with the code G09. Beneath the camouflage is an SUV Coupé-like design. However, it will not go to the extreme of the BMW X6. It will have certain characteristics of its own to differentiate itself from the rest of the company’s SUVs. At the rear, the four vertically displayed tailpipes will be one of these signature details.

The plug-in hybrid mechanics of the new BMW X8

The information sign «Hybrid Test Vehicle», Which confirms the fact that it uses a plug-in hybrid mechanics. It’s all about motorization M45e. In the range of engines there will also be room for blocks of gasoline to a certain extent conventional, since it is not ruled out that they bring electrification through light hybrid technology (MHEV) of 48 volts.

All versions will feature an automatic gearbox and an xDrive traction system. The top-of-the-range model is expected to reach or even exceed the 500 hp barrier.

When will it hit the market? The launch of the new X8 will take place in the summer of 2022, starting shortly after its commercialization in Europe. At this point, a mention should also be made of the name of the model. To date popularly known as X8 there are certain reports that indicate the possibility that it will finally be called BMW XM, which would help to reflect the importance that BMW M has had in the creation of this new model. However, they are still mere conjectures, so we will have to wait to find out.