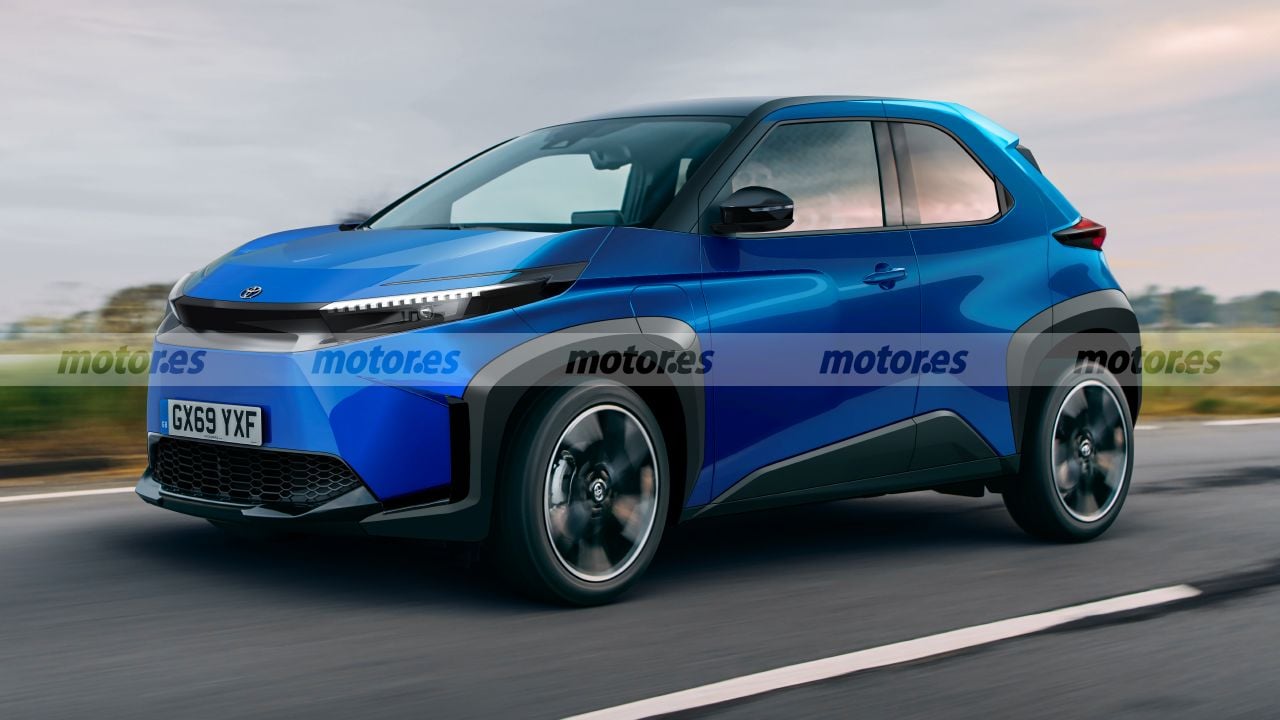 The Japanese firm has already advanced, and confirmed, its intention to cover all market segments with a new parallel range of electric cars. The smallest, the newcomer Aygo X, will also have a zero-emission alternative. The future Toyota bZ1, an attractive eminently urban model that we anticipate in this recreation.

Until Toyota will launch 13 zero-emission models by 2030. The Japanese brand has already presented its new strategy “Beyond Zero”, a brand dedicated exclusively to electric cars that will gradually reach the market, and with which the brand intends rise to first place as it is doing with hybrids among generalists.

Toyota has not given up on hybrids or combustion this decade, but its firm commitment to electrification has allowed it to create a new range parallel to this traditional powertrain. The firm has chosen to follow the same line as the rest of the manufacturers, presenting an intermediate model and from there branch out to other segments. The Toyota BZ4X is the first but there will be up to a dozen more. Like the future Toyota bz1, to which we present you in this exclusive recreation, and that it will represent a true master move.

The future Toyota bZ1 will be a true masterpiece

Based on the smallest concept car announced in the “beyond Zero” strategy, The future Toyota BZ1 will be an equivalent to the recently released Toyota Aygo X Cross, with similar proportions and design, although with its own personality, both in front and behind, adopting the most avant-garde aesthetic features. Without a front grill and with very slim LED headlights standing out at the front, while the interior will offer ample space despite the reduced dimensions.

Read:  The new Toyota Land Cruiser 2022 will be radicalized by Wald International

The electric future is one of the next ten models that will arrive from now until 2030, leaving only two that will debut in the new decade. And the smallest, like all, will also be based on the new special platform for electric cars «e-TGNA». An architecture that allows you to vary absolutely all dimensions and adapt the propulsion, so the options are really almost endless. In the case of the model in question, it will have front-wheel drive, an electric motor placed on this axis and a battery of between 35 and 45 kWh net that will offer a maximum autonomy close to 300 kilometers.

This platform is the one that will allow make the Toyota BZ1 a true commercial success. And, leaving aside that the Japanese are specialists in small models, no other competing manufacturer has decided to continue betting on the smallest segment of the market, of course not with a combustion model and much less with an electric one, given the practically zero profitability. Although this approach is real, Toyota’s will offset the expense with the combustion model now transformed into a crossover. What we can anticipate is that it will not be cheap, its price will range between 15,000 and 20,000 Euros.

Tether launches MXNT, a stablecoin backed by the Mexican peso