Bullfrag
Home Technology This way you can correct the errors with the Taskbar and the... 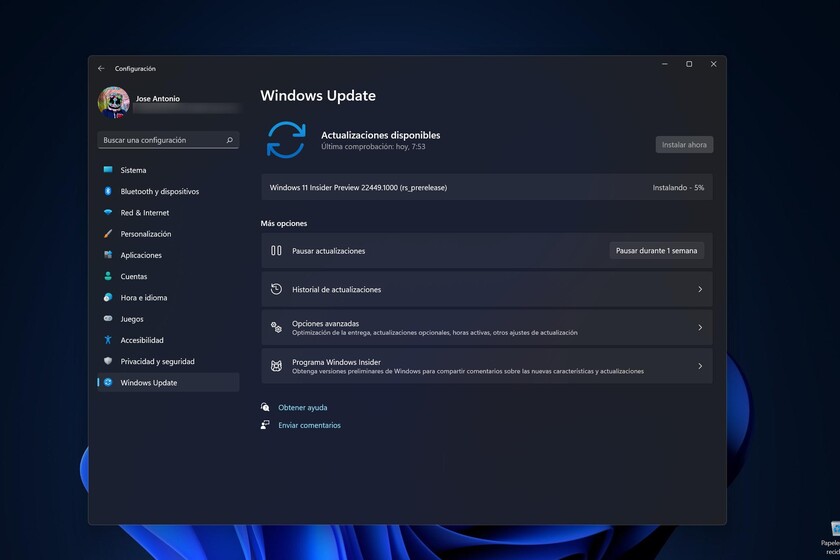 A few hours ago Microsoft has released two new compilations for Windows 11. Two new ones, since we already have one for the Beta Channel in the Insider Program and another for the Dev Channel. Two Builds that they can cause problems in different sections of the operating system such as the “Start menu”, the “Settings” or the “Taskbar”, bugs that Microsoft explains how to solve.

Microsoft already warned that with the following compilations of Windows 11 more bugs would arrive, especially in the Dev Channel, when starting the tests for the 22H2 branch. And here we have one of a certain depth so from the company they have rushed to explain how to solve it.

Temporary solution in the absence of the patch


Microsoft has launched the Build 22000.176 for Insiders who are part of the Beta channel and the Build 22449 for those who integrate into the Dev Channel. And within a few hours there have been complaints from users about failures with the Start menu and the Taskbar, situations in which they stop responding, as well as Settings and other areas of the operating system.

Given these failures and in the absence of a new compilation with the corrective patch, from Microsoft have offered a temporary solution To solve it.

To correct these faults it is necessary to go to “Task Manager” by pressing the “CTRL-ALT-Del” key combination.

Of all the options that we see on the screen we must click on “More details” to expand Task Manager.

Read:  A Samsung is incency in flight in the United States

We press the “Enter” key, at which point the PC should restart and everything should return to normal.