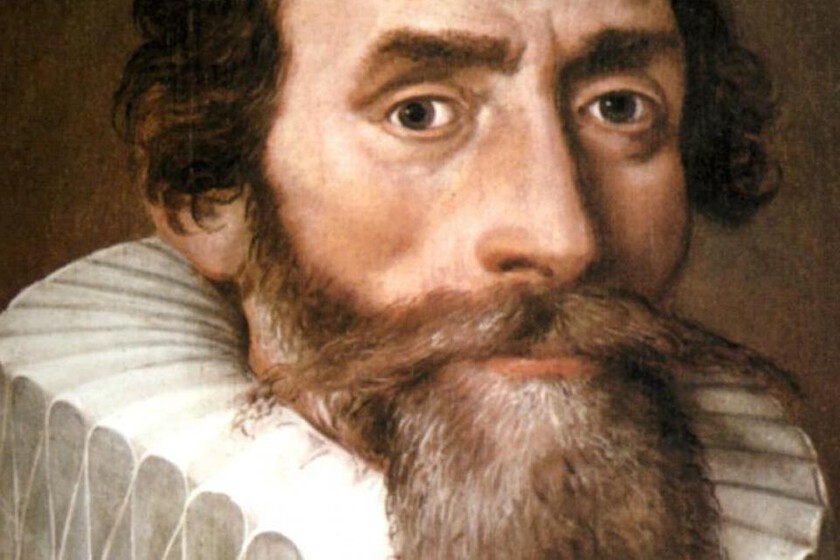 Johannes kepler was a German astronomer and mathematician born into a Protestant Lutheran family who lived in the city of Weil der Stadt, in Baden-Württemberg, in 1571. His father, always absent because he was a mercenary in the army, favored that Kepler grew up almost exclusively with his mother, healer and herbalist.

Despite his poor health and poor eyesight, he was a very alert boy who liked to impress travelers at his mother’s inn with his mathematical knowledge. And after studying theology at the University of Tübingen, including astronomy with Michael Maestlin, a follower of Copernicus, he would teach at the Protestant seminary in Graz. He would also publish which is considered the first popular science book in history.

Kepler was not only committed to finding objective facts, but also to transmitting them as efficiently as possible. Therefore, on the cover of his book Stella nova (New Star, 1606) appears the image of a hen pecking the ground of a farm, with the motto (“looking in the manure, finds a grain”). In this way, he not only explained in an image what was behind the cover of his book, but it called the reader’s attention to check it.


His text also hinted at some rhetorical techniques that are currently used in the field of scientific dissemination, such as incorporating seemingly superfluous details that served to contextualize and bring the exposed thing closer to the reader, implicating him in the story. Therefore, as we can read in the following fragment, He introduces his wife to reply to him on occasion:

Read:  1.69 million deaths can be attributed to extreme temperatures of both hot and cold in 2019

Yesterday, when I was tired of writing and my mind was full of specks of dust from thinking about atoms, he called me to dinner and served me a salad. Whereupon I said, ‘If we threw the pewter plates, the lettuce leaves, the grains of salt, the drops of oil, vinegar and water, and the glorious eggs into the air, and all these things would remain there for all eternity, so would this salad fall all together by chance? ‘ My beauty replied: ‘But not in this presentation, not in this order.’

In this way, Kepler not only exposed his findings, but how he had achieved them, reporting their failures, of the dead ends that he had taken, in order to give the story a more human but also more epic background. His book was probably the first to feature all of these elements to convince the reader that his measurements were accurate while making an effort to make the data more digestible.

Scientific popularization, thus, was taking its first steps, allowing some people, perhaps lay on the subject, they will use a kind of particularly polished lens to see the world in another way: as something knowable and measurable, although also more complex than it seemed, not so subject to divine will. A lens that allows you to be smarter but also to assume that you are dumber. More clever: