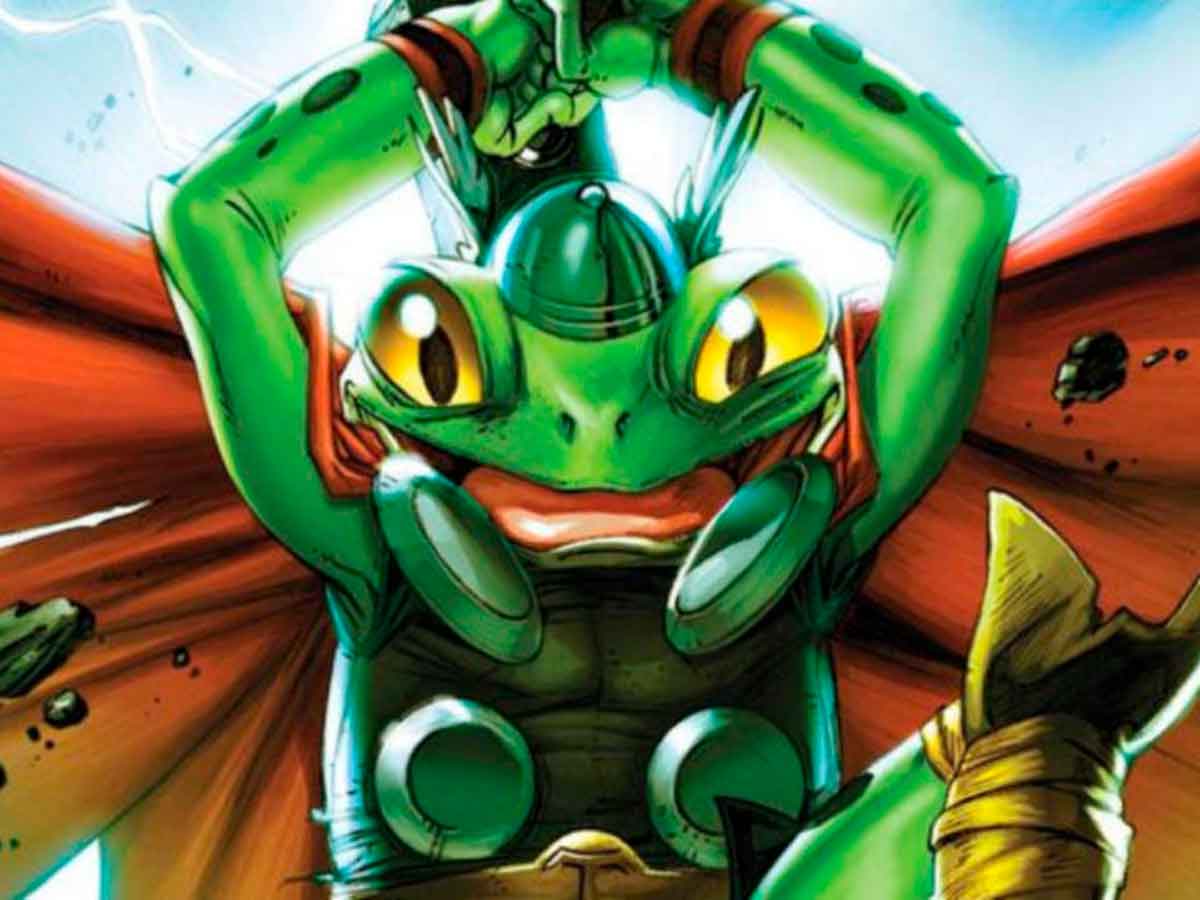 Facebook
Twitter
Pinterest
WhatsApp
Index hide
1 LOKI’s songwriter reveals that the deleted scene from “King Loki” was going to include a fight between Loki and Throg!
1.1 This is how Natalie Holt confirmed the confrontation between Throg and Loki

LOKI’s songwriter reveals that the deleted scene from “King Loki” was going to include a fight between Loki and Throg!

We know that the Loki series was going to include a fight scene between Throg and Loki that was removed from the Disney + series, and soundtrack composer Natalie Holt has now confirmed that the sequence “King Loki” it was set up to feature the thunder frog.

If you blinked for a moment you would surely miss Throg’s cameo in the fifth episode of Loki titled “Journey Into Mystery”. However, writer and producer Eric Martin would later reveal that we were supposed to see a showdown between the God of Deception and the Thunder Frog in an earlier episode of the series. Disney +.

It was in Thor: Ragnarok We first learned that Loki had transformed Thor into a frog, and songwriter Natalie Holt has now confirmed that the sequence was scheduled for the season premiere.

“That was a moment in Episode 1. When Mobius shows Loki his life, there were more moments there.” , he confirmed. “I think they just narrowed it down to give it a little more focus. But there were a few extra moments there, and that Thunder Frog moment was one of them. In fact, I had written it, I had done something with the chorus as if it were that, great moment where Loki takes over the crown in Asgard, and then you see Thor as a frog “.

So it seems that one of Loki’s attempts to become King of Asgard involved transforming his brother into a frog, but based on what Martin has said, the Avengers villain would have been humiliated after taking a beating from the transformed Asgardian.

READ:  Sony wants to bring back Netflix's Kingpin in Spider-man 4

Holt would go on to confirm that the trailer scene with Loki in the throne room was taken from this moment, and hinted that fans might see it somewhere later on. “I don’t know if I should be talking about this! [La directora de Loki, Kate Herron] I was hoping to release it as some kind of a bonus scene at some point, but I don’t know. I don’t know where they are with that.

While this appears to have been cut because it could detract from the seriousness of Loki’s exchange with Mobius on TVA, the deleted scene is something we are now desperate to see. That shot of Throg in the fifth episode was much appreciated, but a clash between the two would be a wonder for comic book fans that would be priceless, and even more so knowing that Chris Hemsworth lent his voice to the incarnation of Thor turned into a frog. .

Would you have liked to see that scene?