By AsherDecember 12, 2021No Comments2 Mins Read 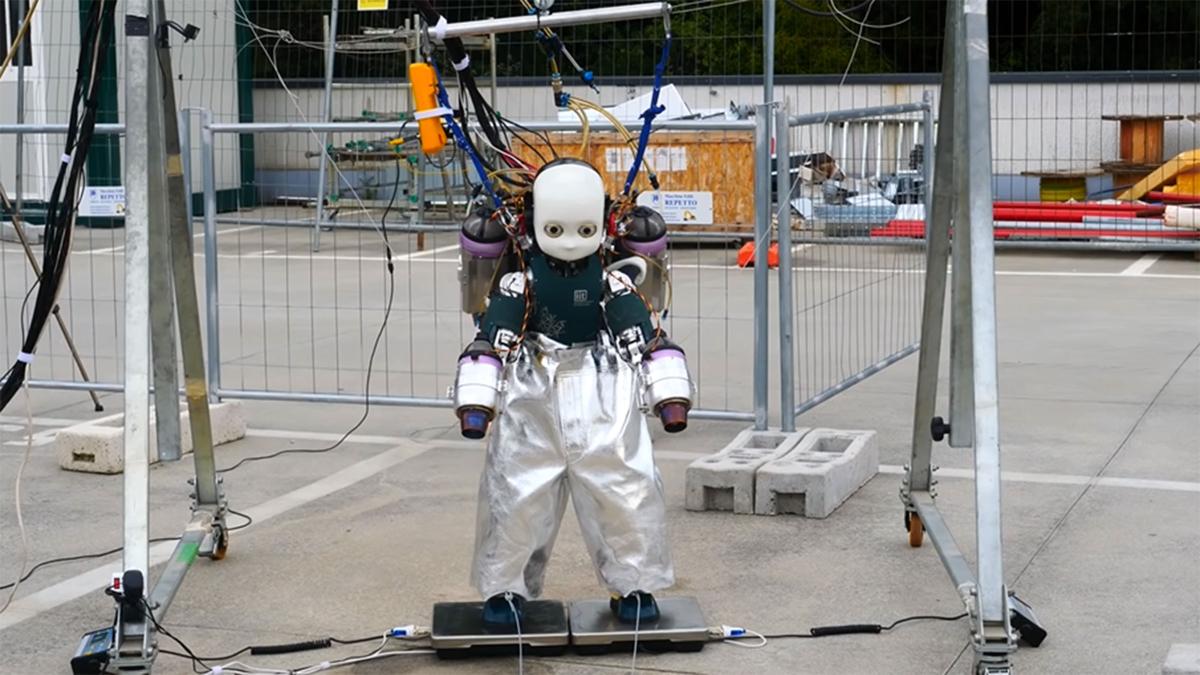 This humanoid robot will test future jetpacks that humans may end up carrying in the future.

The propellants or jetpacks have advanced by leaps and bounds in recent years, in the case of a very dangerous technology only suitable for true professionals who allow them to go from one area to another with extreme speed.

But thrusters can also be used by robots, and now Engineers of the Italian Institute of Technology (IIT) they have been able of adding a jetpack to his humanoid robot named iRonCub, and very soon you could see it soaring through the skies.

And now this iRonCub robot has been equipped with four jet engines to give it the ability to fly. One of the main complications of the team in charge was to prevent these thrusters from setting the robot on fire, and it seems that they have solved this phase.

To prevent the robot from catching fire they have added a pair of fireproof silver colored pants.

The team of managers has been asked what advantages their robots would have compared to a delivery drone, and they affirm that this type of robot can be a test bed for more sophisticated exoskeletons that carry propellants and are used by humans.

So the existence of this robot is more about helping to develop jetpacks in the future that human beings can use, but before using it with this type of humanoid robots that resemble typical shock dolls.

At the moment they have not shown how their robot can end up flying and soaring through the sky with these built-in jetpacks, and yet it is the next step that the development team has marked, and that they will surely pick up in a future video.

Read:  Protect your next iPhone 13 to the maximum with one of these slim and elegant cases