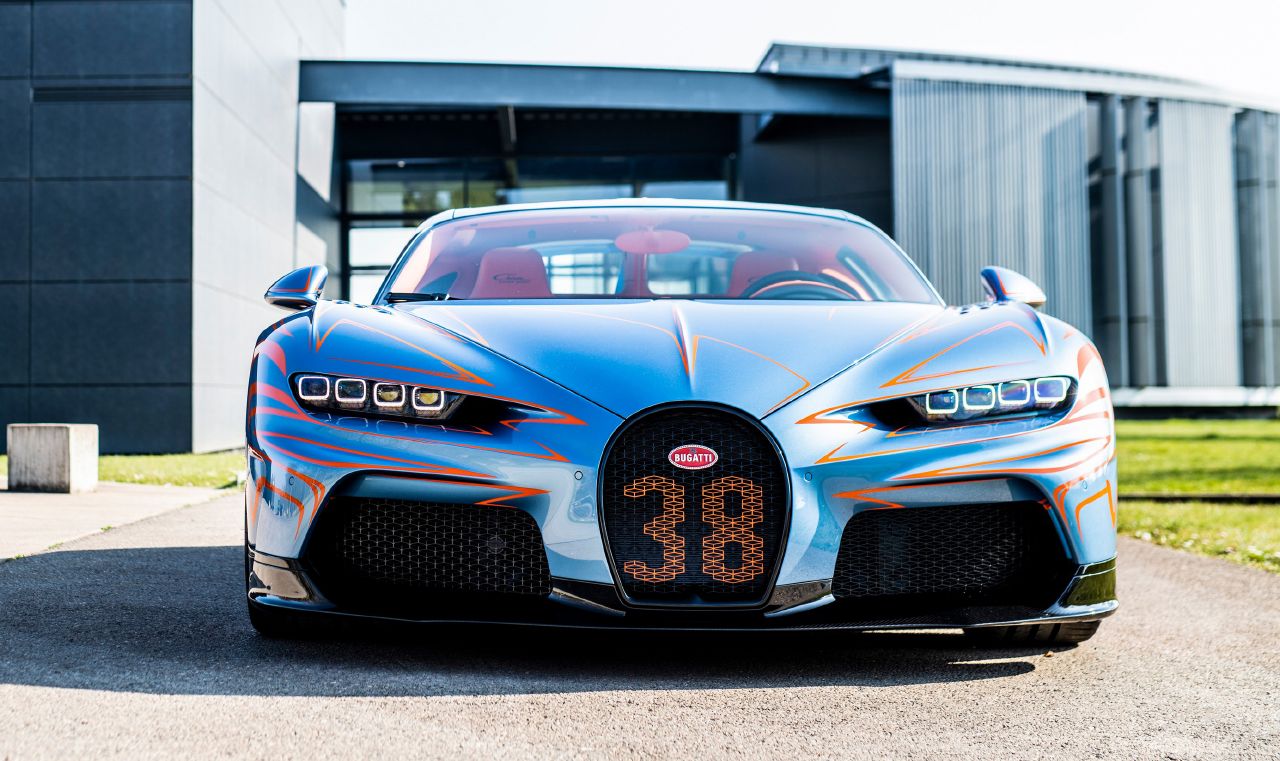 At the end of last summer, the French technicians completed the fine-tuning of the exclusive Bugatti Chiron Super Sport, and just a few months later the firm toured the Côte d’Azur hunting for new owners for the brand new hypercar, which has just started the program of deliveries. The first unit with a truly spectacular customization.

If any of the units in the Bugatti Chiron makes the hearts of fans and lovers of games beat faster than usual. hypercars, this first unit of one of the most radical and powerful versions of the French model will truly break necks. Although the delivery of units was scheduled to start last August, it has not been until now when the first of the new owners has been able to take the controls and take it home.

But with a customization that has made him wait a few more months in the Molsheim workshops, because it is more than clear that the customer likes to attract attention. Of course, the owner’s name is kept secret, but for this Bugatti Chiron Super Sport he has opted for the exclusive “Sur Measure” treatmentwhich implies an exhaustive and complicated painting job inspired by the requirements set out by the client, opting for a very peculiar style called “Vagues de Lumière”.

Index hide
1 Bugatti Chiron Super Sport, a jewel for the privileged
1.1 The production of the Bugatti Chiron, about to complete the ceiling

Bugatti Chiron Super Sport, a jewel for the privileged

A very light shade of blue bathes the entire bodywork, turning darker and brighter on the muscular rear wings, while a hand-painted orange stele covers the doors, roof and the different panels of the body, inspired by the shape of the rays of light. The same color also dresses the alloy wheels, contrasting with the carbon fiber sections on the rear beam and with gloss black on the front spoilerthe side skirts and the trims of the exhausts and the rear.

The first Chiron Super Sport is distinguished from the base version by the same detail as the 300+, and it is the lengthening of the rear by 250 millimetersin addition to incorporating a larger rear diffuser, four large vertical spherical exhausts positioned at the ends of the bumper and by a different dome with a streamlined spine in the center. The same orange is also found in the leather interior lining, of which they have only given a glimpse of the exquisite seats

The Chiron Super Sport has the same propeller block of 16 cylinders arranged in a W, with 8.0 liters of displacement and four turbochargers that yield a maximum power of 1,600 hp and a maximum torque of 1,600 Nm. Associated with a seven-speed dual-clutch automatic gearbox, the chassis has been designed to absorb the large forces generated, with adjustable shock absorbers and nothing less than a dozen gills that reduce air pressure in the wheel arches and increase downforce on the front axle. A configuration that allows it to reach 100 km/h from a standstill in 2.4 seconds and reach a top speed of 440 km/h.