Bullfrag
Home Photography This photo of La Palma covered in ash from the volcano by... 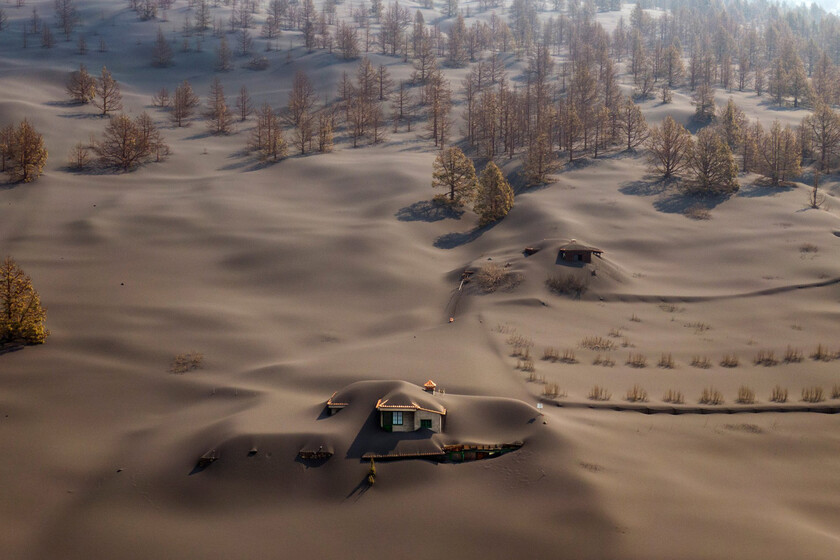 Soon we will begin to see compilations of all kinds with the images of this year that is already entering its final stretch. Some will be more interesting than others but surely one of those that will have the most diffusion will be this TOP 100 of the best images of the year from the prestigious Time magazine. A list that does not classify the images in order but that, curiously, in the article on its website has chosen as the cover the photo that you have seen taken on the Canary island of La Palma.

Getting the lead image at @TIME's list of Best Photos of the year. https://t.co/EY9f2IaULo

An image made by the Spanish Emilio Morenatti showing a landscape of the Canary Island almost completely covered by ash from the Cumbre Vieja volcano creating an unusual picture. This image is just one of the many that the photographer has taken on La Palma and that show another of the effects of the volcano that is affecting the lives of its inhabitants beyond the lava.

Morenatti is one of our most important photojournalists, Chief Photographer of the Associated Press Agency for Spain and Portugal and awarded on numerous occasions. In fact, just a few months ago it made headlines when it received the Pullitzer Prize for journalism for an image of two elderly people during the confinement caused by COVID-19.

Of course, the image is only one of the 100 photos chosen by Time to illustrate a year that, without a doubt, it’s been eventful that have been captured in images. From the protests against the verdict of the George Floyd case to the return of the Taliban in Kabul. Undoubtedly an interesting selection (perhaps very focused on the US as is logical) whose photos you can see in this link.