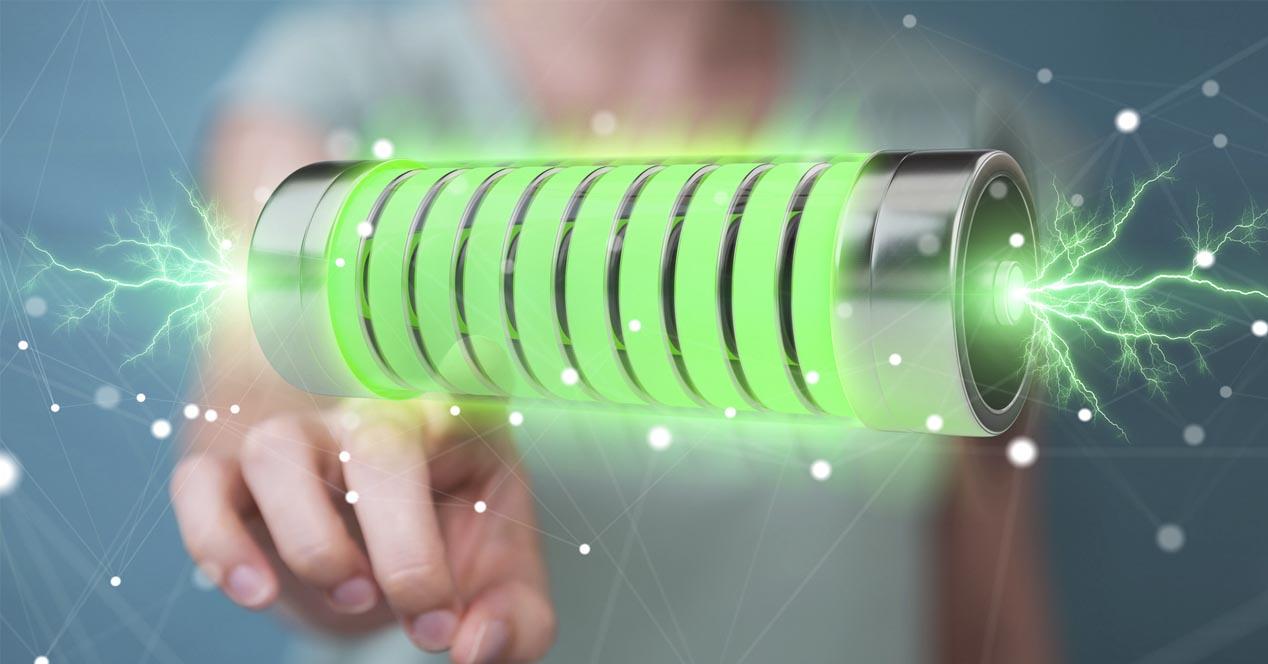 Lithium is a material that works great for storing energy, but it is very expensive and today there are concerns about its long-term supply and the problems it can cause in the environment.

Index hide
1 Sodium, an alternative to lithium
2 A big increase in battery capacity

Sodium, an alternative to lithium

Nevertheless, sodium is a much cheaper material and that makes it an attractive material to use when producing batteries.

Currently sodium ion batteries can’t compete with lithium batteries since there is a limiting material that is graphite. Ions are sandwiched in it, so they can come in and out and be stored for energy use.

Sodium ions are larger than lithium ions and interact differently. This causes that they cannot be stored efficiently in the graphite structure. That is why researchers have been looking for some method To solve this.

To fix this, a molecule spacer was added to one side of the graphene layer. This means that when the layers are stacked, the molecule creates a larger space between the graphene and gives an interaction point that causes there to be a greater capacity.

A big increase in battery capacity

Therefore, it was achieved a much more ability to intercalate sodium ions. Although these are only early tests at the moment, the research is promising and may aid in future battery development.

A curious data This new graphene is called Janus graphene in honor of the two-faced Roman god Janus, since this type of graphene has asymmetric chemical functionalization on opposite faces.

Read:  The dinosaur widget comes to Google Chrome in its stable version: this is how you can install it

This material still is far from used in different industrial applications, but the results show that designing very thin graphene sheets is possible to generate greater energy storage.

Therefore, this new research could be the first stone to produce high capacity sodium ion batteries in the future.

If you are looking to increase the size of your biceps, these are the five exercises you need

Estatus celebrates 20 years of Merca2.0; Follow the interview on Channel 5