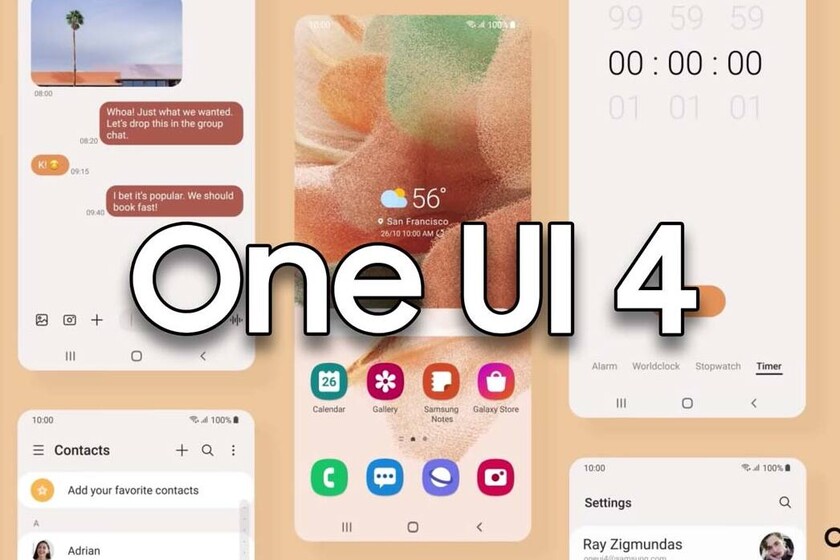 With the One UI 4 beta expanding for the Samsung Galaxy S21, and the first users testing the benefits of the new layer on Android 12, Samsung has shown on video the key features of its software. Greater customization, faster and smoother animations, improved privacy and a unified experience for all Samsung devices with One UI.

With Android 12 already in its stable form, and after this version of the operating system is available to the Google Pixel, the rest of the manufacturers are taking place to update their mobiles. OPPO, Vivo and Asus published their calendar of updates, also news about their proprietary software. And Samsung outlines its portfolio with One UI 4, a renovation that appears to be more aesthetic than functional.

Android 12 is not a huge leap in terms of functionality, most of the changes concern the software code already two basic pillars of the user experience: personalization and privacy. In this sense, Samsung also enhances both aspects with its update to One UI 4: the interface looks more modern, flows better and adapts to the style that prevails in Material You.

The aforementioned One UI 4 increases its customization capabilities, although does not yet include “Material Theming”, that automatic way of adapting to wallpapers that Google introduced in its Pixels. According to the videos shown by Samsung, One UI 4 redesigns the look of its predecessor with an extra layer of minimalism and flat colored backgrounds.

One UI 4 adapts to the device screen by keeping all the key actions on the screen close to your finger. As an evolution of One UI 3 that it is, version 4 delves into one-handed use while offering the user a multitude of ways to personalize the experience.

Revamped widgets, much smoother transition animations, and more rounded menu corners; Samsung improves the floating window allowing greater control of its dimensions, the camera app is more intuitive And the same happens with the rest of Samsung’s own software: it adapts the new design rules so as not to clash with the appearance of the cape.

Since privacy is key in Android 12, One UI 4 inherits this concern with a new privacy panel that clearly shows all the apps that have access to the most controversial permissions: camera, microphone and location. In addition, the system cheats every time an app makes use of the aforementioned permissions. And One UI 4 automatically withdraws access if the apps that obtained it are no longer used.

One UI 4 integrates with all devices that share Samsung’s proprietary layer: mobile phones, Samsung Galaxy Watch 4 and also Galaxy Book. AND pay special attention to folding screens adapting all the elements of the layer to the different form factors.

Samsung has not yet confirmed which Galaxy phones will update to Android 12 and One UI 4. Everyone from 2021 and 2021 should have access, also the highest-end of 2019. To know the specific list we will still have to wait.