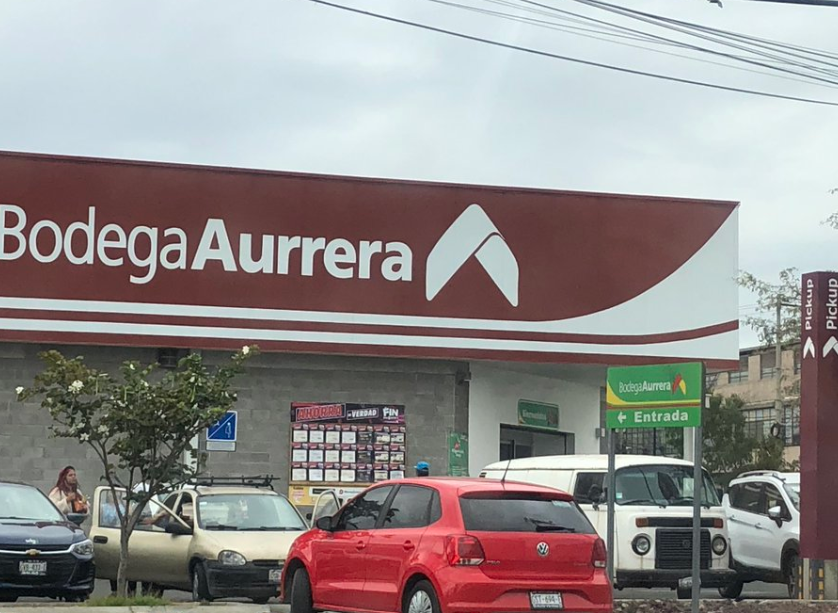 Users of social networks show once again that they are lovers of rebranding, political satire, humor and controversy around consumer brands, because this time they are spreading the image of a “Aurrerá Well-being” which, although it is a “fake” photograph, puts the Bodega Aurrerá retailer in the colors of the 4T.

And it is that, despite the fact that rebranding is a strategy of marketing For which historical brands are betting more and more to connect with the young public and enter the trends of the moment, many times the identity changes that arise in social networks have a tinge that goes beyond consumption and sales, since they generate it through mode of mockery, game and satire, depending on the social context in which the conversation unfolds.

Even if it is a “fake” image, this type of case highlights the importance, precisely, of brand recall and identity, since Internet users take the most emblematic names, logos and products known by their community so that they can the scope of his humor is greater. In this case, Bodega Aurrerá is one of the most important retailers in Mexico and also one of the most visited for its low-cost prices, which gives meaning to this note.

Read:  This was the advice that Guillermo del Toro gave James Cameron for Avatar 2

It’s about the Twitter user @O_Diosa78, who shared the image of “Aurrerá Bienestar”, only with the façade of the famous supermarket colored in the emblematic cherry color that the federal government champions and the supposed “Fourth Transformation” of the Morena political party.

This simple publication refers to questionable political symbols of President Andrés Manuel López Obrador (AMLO) who has disseminated in all his works his social programs and economic support from the Ministry of Well-being.

“It is real? Is it fake? Say this is not true, please.”the user asked Maria de la Torre to the company dse retail when the publication was found.

“The purchases became ideological. I won’t buy anything there and more if the chairos live there”, @DaddyCoolJS

“In the Xochimilco mayor’s office, every business must have its signs in those colors,” other users such as @ Jorge72c responded.

However, it is not the first time that a network user goes to these networks to show what the exclusive or luxury version of some brands would be like, since various versions have already emerged where the consumer himself changes the identities of public and private organizations, creating new concepts, as happened with the logo of the Mexican Social Security Institute (IMSS), which a tiktoker left unrecognizable in its fictitious rebranding.

These stories demonstrate the importance for a brand that its consumers know its identity and are faithful to it, regardless of the type of organic and viral advertising that they do to it in a satirical and humorous context.

What would Kimberly Loaiza’s branding be like if she had a jewelry brand?