This is the OnePlus Nord 2 PAC-MAN Edition, the phone that glows in the dark and that we have already had in our hands 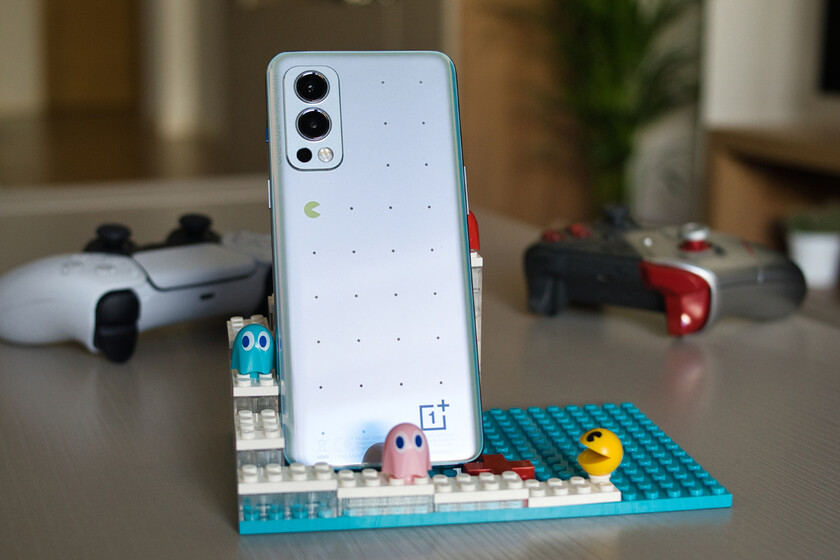 Although this year we have run out of the ‘T’ iteration of the high-end OnePlus, the manufacturer did not want to miss the opportunity to launch a “new” phone. And we say it in quotes because it is actually a special edition of a mobile that we already know. It is the OnePlus Nord 2 x PAC-MAN Edition, a variant that maintains the hardware of the OnePlus Nord 2, but renews its design by taking inspiration from the iconic kite.

After the agreement with Bandai Namco, OnePlus revealed all the details of this exclusive phone in your user community a few days ago. He also confirmed the price that the OnePlus Nord 2 x PAC-MAN Edition would have, but did not detail in which countries it would be marketed. Now we know that Spain will be one of them and we have already been able to get our hands on this very special edition.

Index hide
1 Identical on the inside, bright on the outside
2 Price and availability in Spain

Identical on the inside, bright on the outside

If you compare the data sheet of the OnePlus Nord 2 5G and this special edition PAC-MAN, you will see that they are exactly the same. Both phones share the same specificationsincluding 6.43-inch AMOLED screen with 90 Hz refresh rate, Dimensity 1200 processor, triple camera with 50 megapixel main sensor and 4,500 mAh battery with 65 W fast charge.

What makes this model special is undoubtedly its design, which is inspired by the popular Pac-Man franchise. In addition to a specific wallpaper, a cover and a packaging with the comet as the protagonist, the housing is painted with a phosphorescent ink, which makes this new OnePlus Nord 2 glow in the dark and shows a maze reminiscent of the original game. In the following gallery, you can see it in detail:

Read:  FanArt imagines how the Digimon would be in a hypothetical Live-Action and the result is brutal

Apart from that characteristic exterior, OnePlus has filled its OxygenOS user interface with nods to PAC-MAN, inserting games, challenges and a lots of exclusive PAC-MAN content. Some of those contents, by the way, have to be unlocked.

Price and availability in Spain

As the Chinese manufacturer has confirmed, the Pac-Man edition of the OnePlus Nord 2 will come standard with 12 GB of RAM and 256 GB of storage. It will be marketed in Spain at a official price of 529 euros (30 euros more expensive than the “normal” version) and will bring a PAC-MAN board with LEGO pieces as a gift.