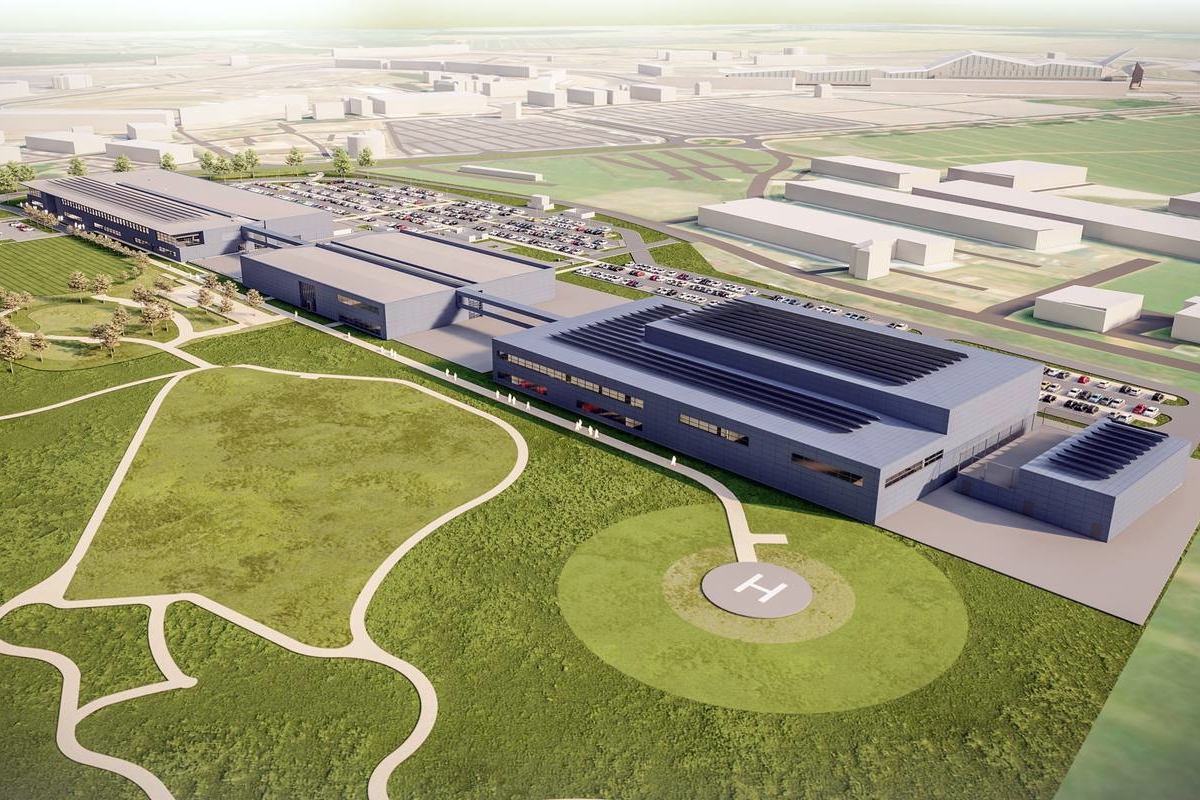 The future of Aston Martin in Formula 1 is based on an ambitious project, that of its new facilities. But the brand did not want to limit itself to building a new building, but rather an ideal work environment to succeed in the competition.

It is a medium and long-term project, but with it Aston Martin sent a clear message in 2021, when it laid the first stone of it. We talk about the ambitious factory of the Formula 1 team of the British brand that Fernando Alonso will join in 2023.

And it will be precisely next year when the first phase is completed and the hundreds of team employees begin to enjoy their new work environment, which should lead them to success in Formula 1.

Index hide
1 Three buildings, one goal
2 The wind tunnel, essential to advance
3 A smarter, more personal factory
4 Objective: win
4.1 Mike Krack, on his new star; what Fernando Alonso will give (and demand) to Aston Martin

Lawrence Stroll has said it on several occasions and the new team principal endorses it: Aston Martin is in Formula 1 with the intention of winning races and championships. But there is still a long way to go for that and the new smart factory that being built alongside the current one at Silverstone is key to all of this.

The complex will consist of three adjoining buildings with a total area of ​​37,000 square meters. Building 1 will house design, manufacturing and marketing resources; the second will be occupied by the wind tunnel; and the third will remodel and repurpose the existing factory facility as a central hub with staff amenities and a logistics center.

«Building 1 will be finished in the first quarter of next year. Meanwhile, work has already begun on Building 3, which is where our wind tunnel will be located»reports Mike Krack.

Buildings 1 and 3 are already being built alongside the current Aston Martin F1 headquarters.

The Aston Martin team principal points out that “the new wind tunnel and simulator will be ready in 2024. As soon as we move into Building 1, our current factory will be demolished and replaced by Building 2, which will house our simulator, staff facilities and logistics centre.”clarifies the Luxembourg engineer.

“Having all team members work on the same campus will change the team dynamic. People will feel better integrated: they will be able to have face-to-face conversations more easily and the space will be much more open, which will encourage interaction.” and dialogue. It is about facilitating collaboration and teamwork»expands Krack.

Currently, Aston Martin has to travel a few kilometers to make use of the Mercedes team wind tunnel and some of the design offices are also far from the headquarters originally envisioned by the Jordan team at Silverstone in the 1990s.

The wind tunnel, essential to advance

Although in recent years computer simulation has gained a lot of presence and precision in the design of a Formula 1 car, the wind tunnel is still the key tool for success.

The new Aston Martin tunnel will cost approximately 150 million pounds (about 178 million euros) and is being built to the latest performance standards.

“The new tunnel will use the latest steel-belt treadmills and state-of-the-art flow imaging section area. For the first time in the team’s history, the site will incorporate the wind tunnel, model support and production facilities, “a move that will bring significant development rate benefits,” Aston Martin said.

In conjunction with partners Cognizant, NetApp and Sentinel One, the new factory has been designed from the ground up to be a wireless, adaptive and optimized installationwhose information flows, monitoring systems and manufacturing processes will be linked through data in the cloud.

“Smart factory technology gives the new building the ability to constantly adapt to the cyclical manufacturing processes of a Formula 1 team, and will provide significant economies of scale and function as the team expands its production footprint”says Aston Martin.

This will be accompanied by the last phase of the hiring plan that has already brought senior personnel to the team such as Mike Krack himself, Dan Fallows or Luca Furbatto, among others. The ultimate goal is to match the leading teams with a staff of between 800 and 900 people.

“We have to get to a point where we consistently deliver great results on the track, but also believe in our ability to do so,” insists the Luxembourger.

“We are talking about building a winning culture -this takes time- and, first, we have to develop a faster car. Our journey has only just begun and there will be challenges, but Aston Martin F1’s fighting spirit is second to none and born from the passion of our people.”

“It is a team that I am incredibly proud to be a part of and I am very excited about what the future holds for us,” he concludes. Now the most difficult part remains: to transform words into deeds.