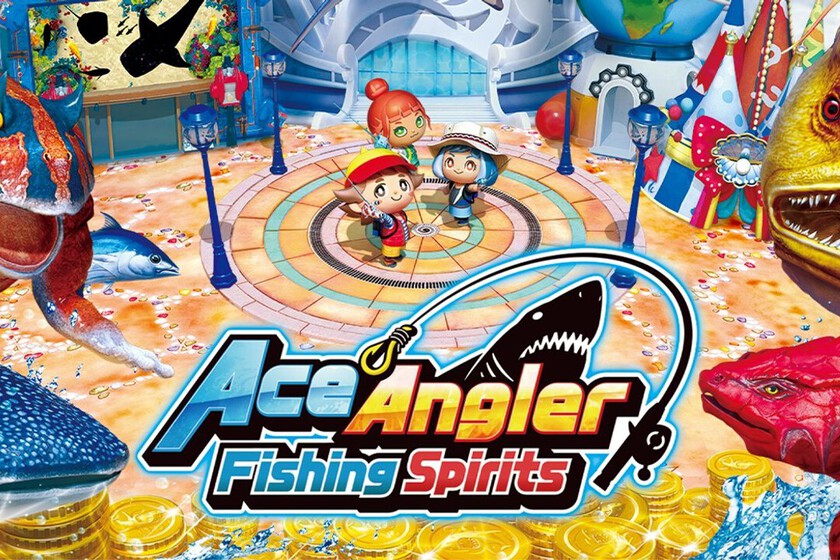 nintendo switch has a secret weapon against new generation systems that, paradoxically, it does not use enough: the magic of Joy Cons. Not counting Nintendo Labo, the new Nintendo Switch Sports and the Super Mario Party saga, the number of titles that take advantage of them is less than expected. Luckily Bandai Namco has big plans for those mini-controllers: Ace Angler: Fishing Spirits heads west.

With a very narrow launch margin against Taiko no Tatsujin: Rhythm Festival another of the arcade games that Bandai Namco adopts to Nintendo’s Joy Con, the fishing proposal from Ace Angler: Fishing Spirits it’s one of those crazy things Made in Japan that lend themselves to being enjoyed both alone and in company: the idea is to accommodate the screen and turn our living room into a living aquarium through the console screen and its controls in a fishing rod.

In fact, technically Ace Angler: Fishing Spirits It’s five gaming experiences in one, as it offers a theme park with five activities to enjoy with other players.

Read:  Shingeki No Kyojin reveals a strange weakness of Levi

An additional incentive is that Bandai Namco’s arcade fishing saga had landed on Japanese consoles in 2020 with Ace Angler: Nintendo Switch Versionwhose trailer allows us to better see how the gameplay works at the stroke of Joy Con. All in all, it is the game’s first foray into the West, confirming itself for the United States with the additional advantage that the Switch itself does not have regional blocking.

The western release of Ace Angler: Fishing Spirits for Switch is planned for next October 28. Only two weeks after the new Taiko no Tatsujin! For when a conversion of Luigi’s Mansion Arcade, Nintendo?