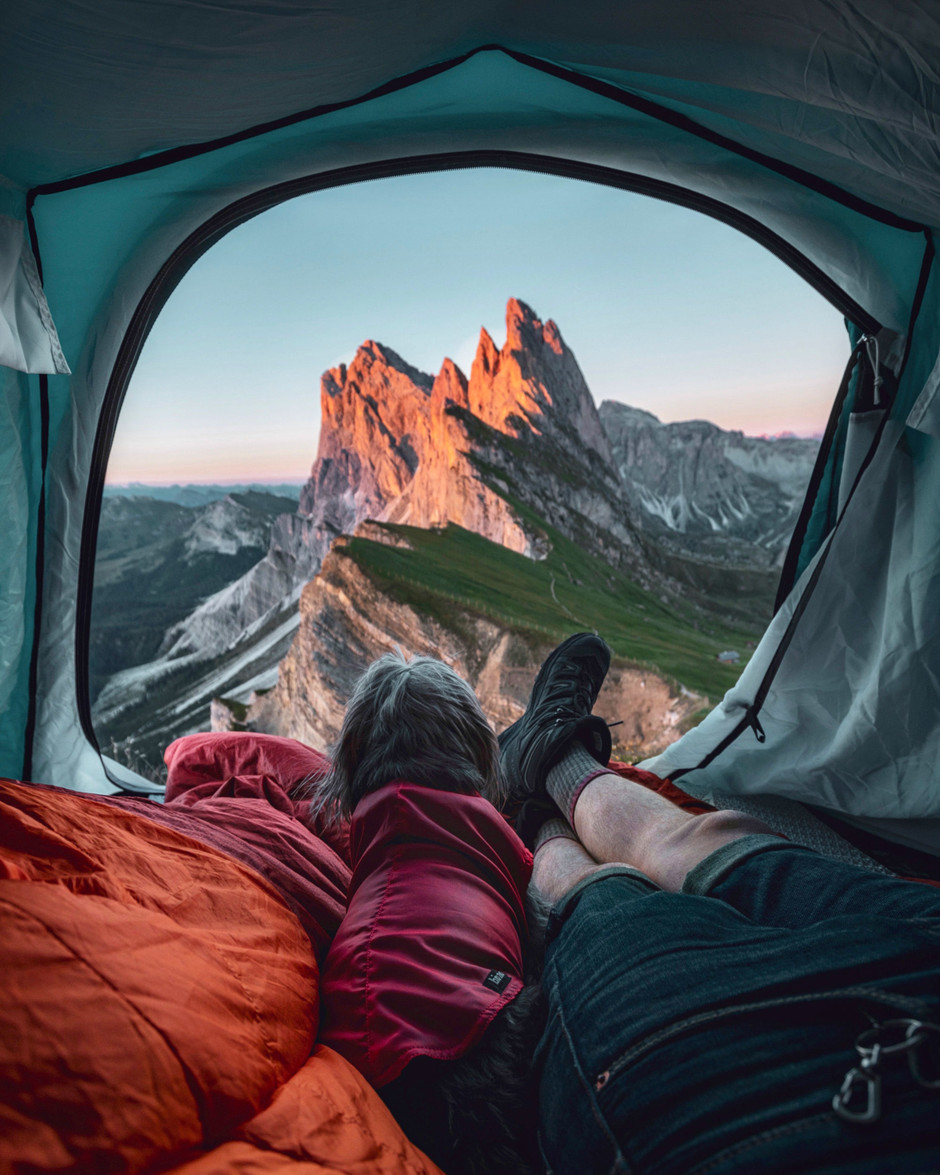 What does traveling mean to you? That is the question that the Agora mobile application was launching on July 24 in the #Travel2020 photography contest.

Agora is a mobile application where amateur and professional photographers can enter photography contests for a chance to win international recognition and cash prizes of $ 1,000 to $ 25,000!

The #Travel2020 competition received 13,685 snapshots that aspired to become the best travel photography of the year. From all of them, 50 finalists were selected who went on to the final voting phase, where all Agora users could vote for their favorite photo during the final voting rounds.

“Thanks to these photos, we are able to travel to some amazing corners of our planet and see them from the point of view of travel photographers, who make Agora home to some of the most beautiful places in the world,” said Octavi Royo, co-founder and CEO of Agora.

The winner of the contest, whose photo has been voted by the audience as the ‘Best travel photo in the world’ is the Spanish photographer Brian TR, alias @rakia10, who won the first prize of the contest with a photo of his furry best friend enjoying of a stunning sunset in the Dolomites.

‘Incredible moments’ (amazing moments) is the title of the contest-winning photograph taken by @ rakia10 (Barcelona, Spain).

@ Rakia10’s impressive traveling photo garnered the highest number of votes from Agora users through the different rounds of voting in the app, awarding it the highest prize in the # Travel2020 contest ($ 1,000). 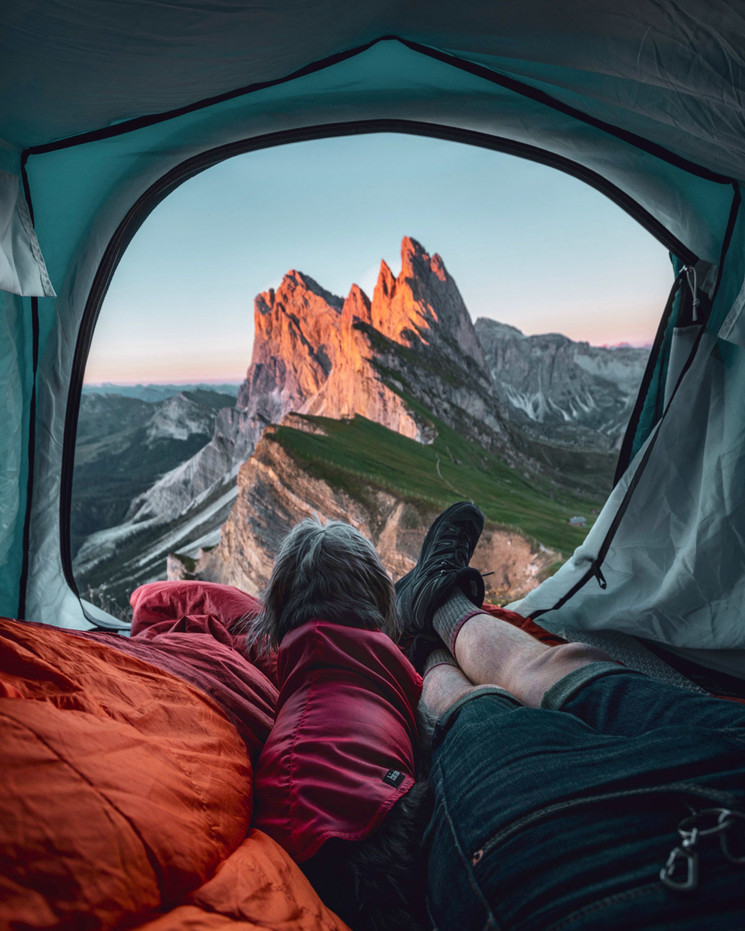 “I had long wanted to experience this sunset and spend the night in Seceda. She had been dreaming of that magical moment for years. I never miss an adventure with my dog ​​Berky. We tried to climb Seceda during our previous trip to the Dolomites, but it was closed, ”comments @ rakia10.

The photographer had seen photos in tents but none had the frame he was imagining, “and now I understand why: the cliff was only a few meters away and it was very impressive.”

This photograph was taken in Palawan (Philippines), where @alvarovaliente_ was lucky enough to capture “the moment when an old man, a middle-aged man and their daughter were walking on this beach in the Philippines. This sunset was memorable and I will always remember this beautiful moment ”, says Álvaro Valiente. 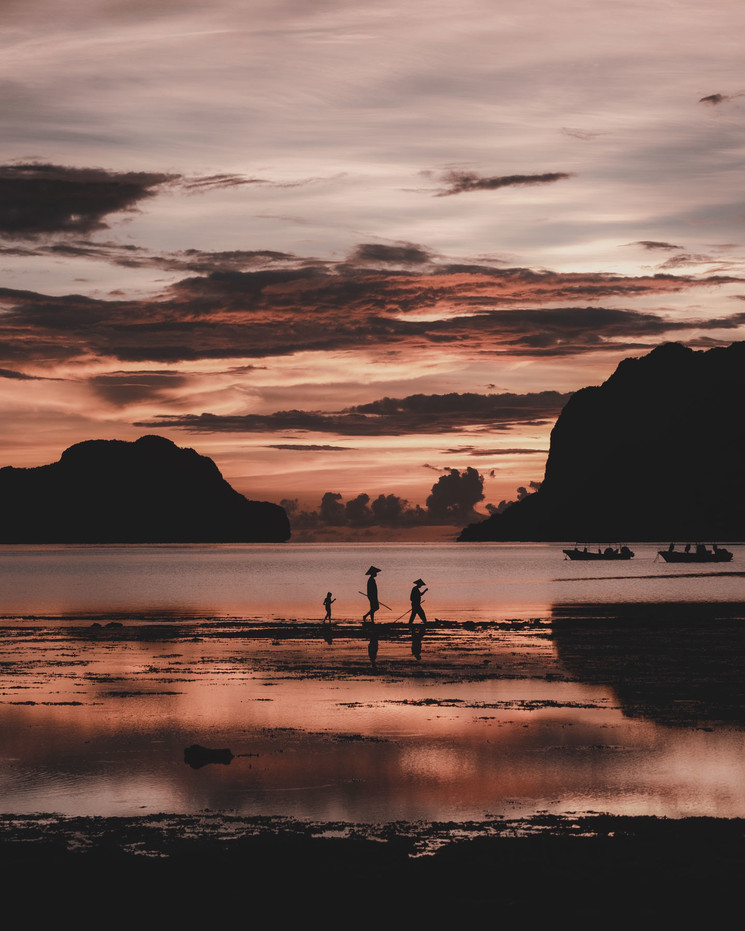 The second runner-up was ‘Exploring the ice cave’, taken by @danrose (Dursley, UK), showing an ice cave at the foot of Watzmann Mountain (the third highest in Germany) and it is one of the most accessible glacial caves in the country.

“I really wanted to get a unique photo while visiting this place. I had seen some previous photos that people had taken there, but I gave it a personal twist, ”explains Dan Rose. I wanted to capture how cold it was inside the glacier cave and show the incredible textures. “ 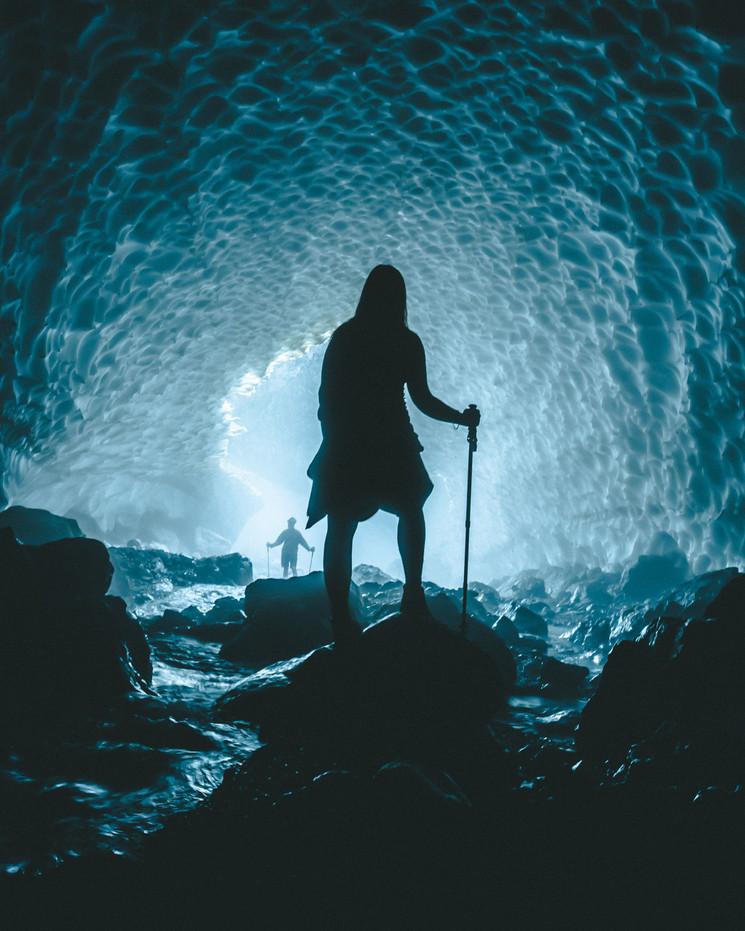 The third finalist was @theliamman (London, UK) with their ‘Milky Way’ (‘Milky Way’). For Liam Man, “travel photography is not only about visiting new places, but also about capturing them in the best possible way.”

This image shows the Great Staples Tor rock formation under the Milky Way. The lights were used to “paint” light on the landscape during long exposure. “In astrophotography, the foreground is often left dark and shadowy. But when I visited this group of rocks, I knew it would be a waste to reduce the landscape to a simple silhouette,” explains the photographer.

“As night fell, I set up my camera to take long exposures and ran around with a light mounted on the end of my tripod. I used it to ‘paint’ the light in the landscape, capturing all the details and the magic of the place ”, he continues.

Although his objective was to achieve a balance between the drama of the landscape and the tranquility of the moment; actually at the top of the hill it was very windy and cold. “Hit by strong winds, I was shaking after shooting during the night. But that’s part of the adventure, and I wouldn’t do it any other way ”, he concludes.

The fourth snapshot of the top finalists was ‘Freeway’, by Jojo Deladia, @obra19, (Taguig, Philippines), an image taken at Subic Bay International Airport, in the Philippines.

“I was enjoying a nice sunrise when I saw this paraglider … I ran towards the subject only to capture it on the mountain, with the incredible morning sun in the background,” explains @ obra19.

You can see the full list of the 50 best travel photography in the world. 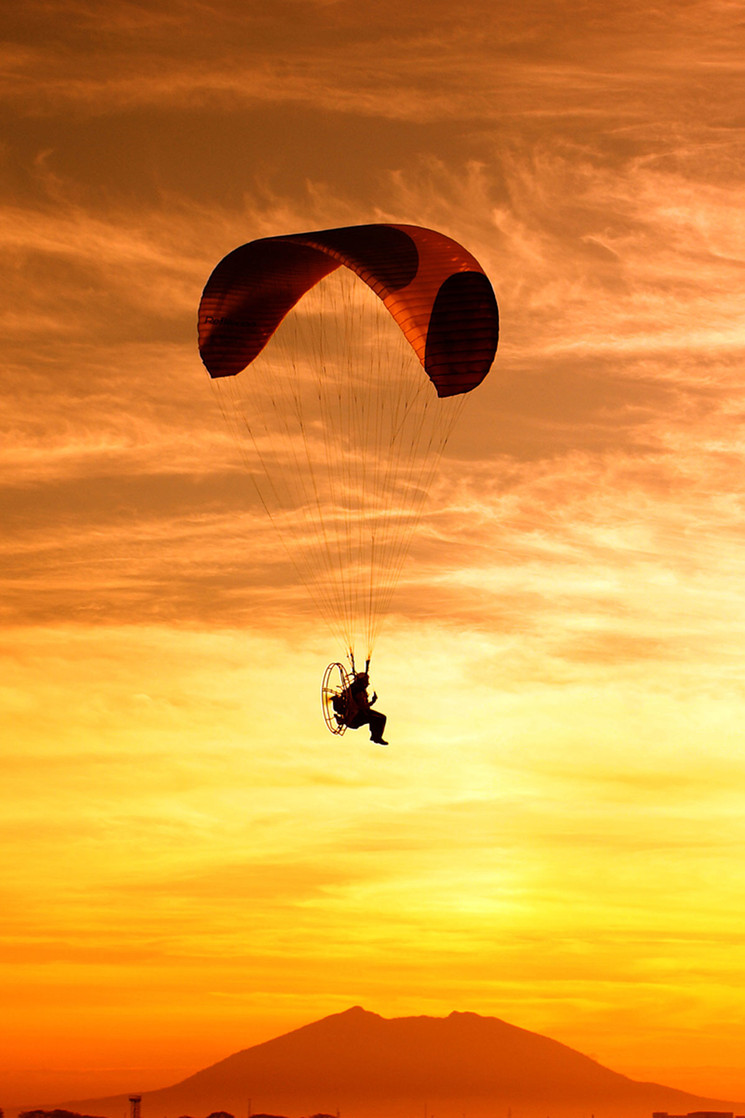