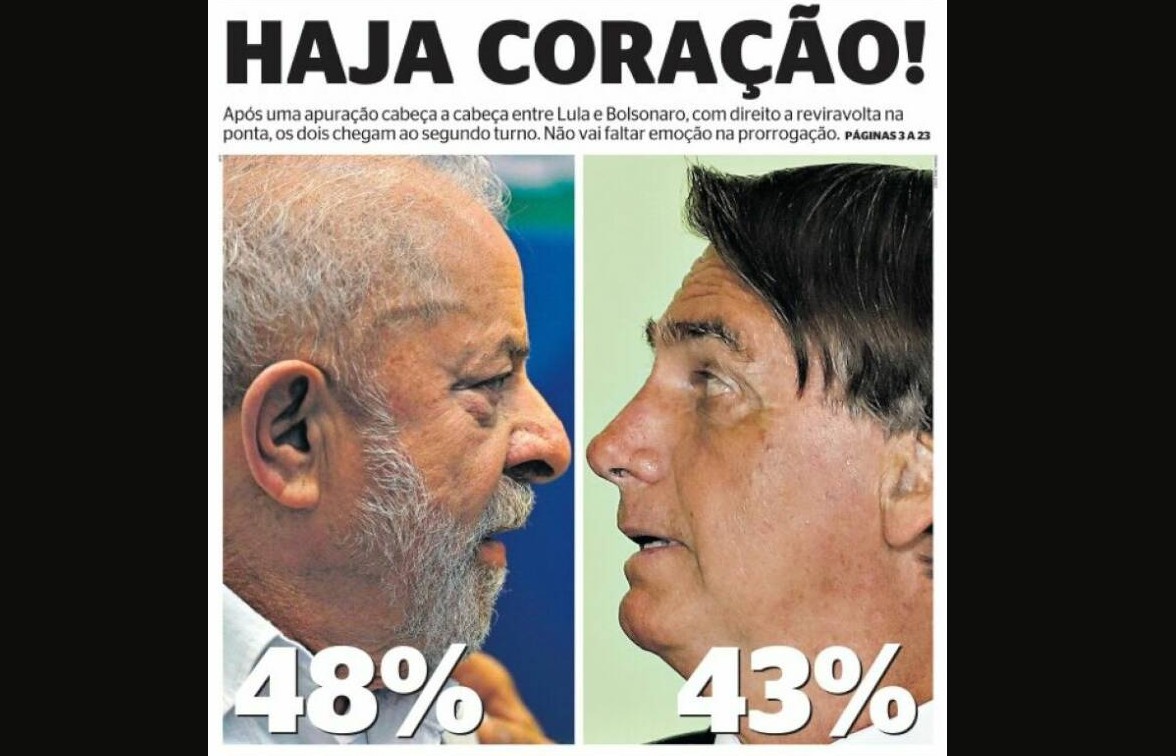 The result of the elections in Brazil leaves the door open to know who will be the next president of the largest economy in Latin America and one of the 10 most powerful in the world.

It is that the advantage of 5 percentage points that Luiz Inácio “Lula” da Silva (48%) took from the current president Jair Bolsonaro (43%) is enough to avoid the second electoral round that will take place on October 30.

The result was moderately celebrated by supporters of the Workers’ Party because the polls predicted a victory by a larger margin.

Although the majority said that Lula was not going to reach 50% plus one vote to avoid the second round, the surprise was the 43% obtained by Bolsonaro.

Most of the previous polls speak of a Bolsonaro obtaining no more than 35 or 38 percent.

Now it remains to be seen what the voters of the other two candidates who ran in the elections this Sunday, Simone Tebet (MDB), the Liberal who won 4.2% of the vote, and the center-left Ciro Gomes ( PDT), 3%.

Between the two, there are almost 9 million votes to cast, and the difference between Lula and Bolsonaro was 7.2 million.

What those who did not go to vote will also be key, although with almost 79% turnout at the polls, it is not believed that there will be many more voters on October 30.

The truth is that Lula is on the verge of returning to the presidency of Brazil, although in a country that is much more divided than expected and with a congress with Bolsonaro that is much more powerful than could have been estimated before yesterday’s elections.

Read:  Entrepreneur advises having 7 sources of income and this is what they think in networks

On Sunday night, Mexican President Andrés Manuel López Obrador congratulated Lula on the result of the election in Brazil. “Congratulations, brother and companion Lula. The people of Brazil once again demonstrated their democratic vocation and, in particular, their inclination for equality and justice”, he wrote on social networks.

Congratulations, brother and companion Lula. The people of Brazil demonstrated once again their democratic vocation and, especially, their inclination for equality and justice.

Lula, Bolsonaro and the covers of the elections in Brazil

The world media reflects the elections in Brazil, with front pages that generally refer to the division almost in two halves between the followers of Lula and Bolsonaro.

Elections in Brazil: the largest economy in Latin America chooses between Bolsonaro and Lula

Brazil orders to block Telegram for refusing to help with justice