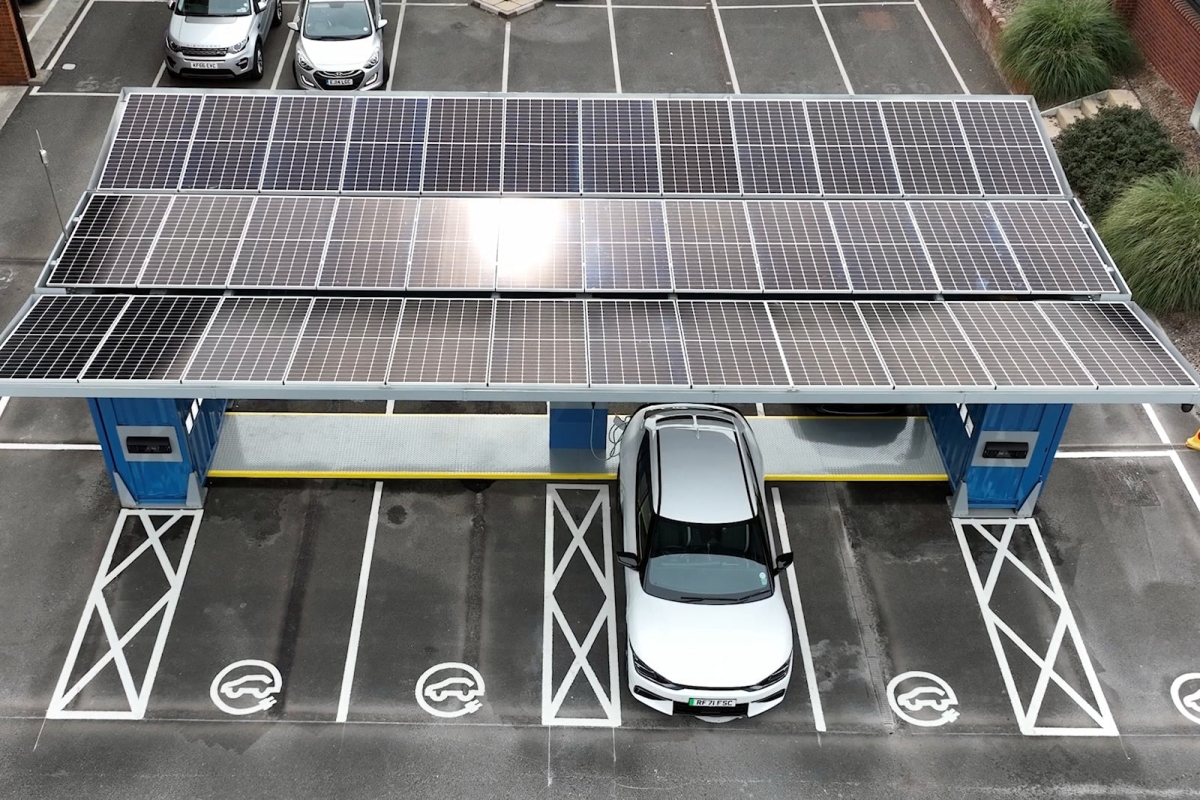 The revolution reaches the charging infrastructure for electric cars thanks to Papilio3, a new charging station with a capacity for 12 chargers that is powered by solar energy. The first unit is already operational in the United Kingdom and generates more than 2 MWh per month.

The rise of electric cars is not being accompanied by a charging infrastructure in accordance with the growth of the plug-in mobile fleet, a circumstance that is beginning to worry users and manufacturers.

In addition to the fact that not enough chargers are installed, the bureaucratic procedures are excessive and very slow, which makes the situation even worse. However, innovations like the new Papilio3 charging station can change things forever.

“In June, one of our clients produced 290 MWh with a 2.2 MWp solar installation”

Not only because it is the first mobile charging station, but also because it generates electricity thanks to the solar energy and greatly facilitates its installation in the places where it is needed (it does not require a new connection to the electrical network and, in many cases, it does not require planning permission).

This is Papilio3, from the British company 3ti.

The first unit of this mobile solar charging station is already operating in the United Kingdom, where it has already generated enough energy to cover more than 30,000 kilometers in two months. This has been possible thanks to its 12 charging points and the 2.2 MWp of capacity of your photovoltaic installation.

“Solar energy is an abundant source of renewable energy: the performance of our first Papilio3 unit at the Surrey Research Park has already exceeded 4.86 MWh, and all 12 charging points have been used regularly»reports Tim Evans, founder and CEO of 3ti.

“The most recent statistics from the International Energy Agency show that, thanks to the increase in solar and wind power generation, renewable electricity production has increased by 9.8% year-on-year in all the countries of the Organization for Economic Co-operation and Development (OECD), but there is still a lot of room for improvement, ”says Evans.

One of the keys to Papilio3 is its easy transport, as it has been built around a recycled shipping container and can be deployed in just 24 hours. In addition, it is capable of generating solar electricity, has batteries to store up to 250 kWh and has 7, 11 and 22 kW charging points.

“SCPs have already shown great potential as a method of generating renewable energy. In June, for example, one of our clients produced 290 MWh with a 2.2 MWp solar installation. At current prices, that’s over £65,000 of electricity,” Evans boasts.

“Papilio3 will play a direct and prominent role in decarbonising the UK transport sector, with a scalable technology that is easily deployed as a charging solution in the workplace and at the destination”, he concludes.

3ti started a crowdfunding round on June 23 with the aim of expanding Papilio3. After just one hour, the company had exceeded its initial target of £500,000 (almost 600,000 euros). In the absence of a week for the closure of said fundraising initiative, the company has tripled that amount on the Crowdcube platform.

Mobile marketing will continue to evolve this 2023

Everything would be worse, if the prices of mobile and fixed telephony had not fallen