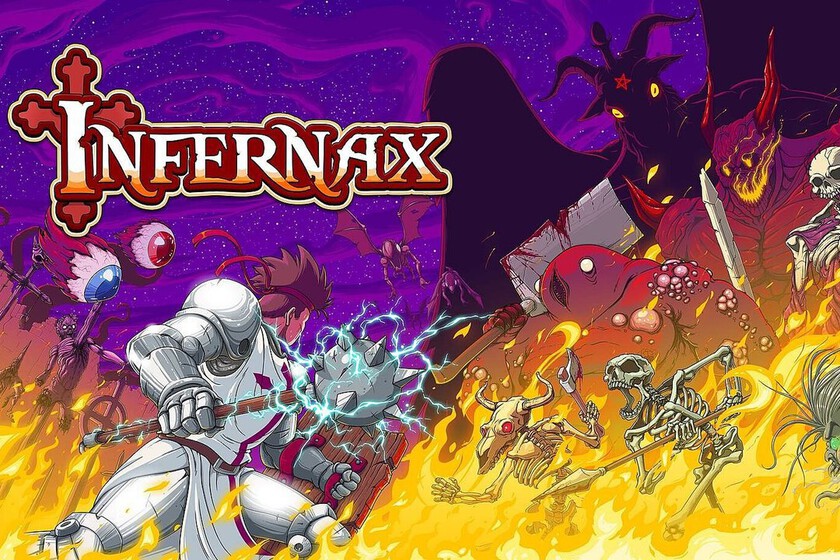 We have been greatly influenced by games we enjoyed when we were younger and because of them, in part, we are as we are today. Without a doubt, a saga that has strongly marked several generations of players has been Castlevania, thanks to the design of its levels, enemies and difficulty.

This time it is the turn of Infernax that, without referring to the Konami saga, does nothing but remind us of the adventures with the Belmont clan. Its developer, Berzerk Studio, has just announced that the work will be released on Xbox Series, Xbox One, PS4, Nintendo Switch and PC via Steam on next February 14. Thanks to the trailer it is clear that here is a game to point to next month’s tight list.

In Infernax we are put in the shoes of a knight who finally returns to his homeland, the land of Upel, which is completely devastated by an evil magic. It is evident what touches on this occasion, because destroying the source of all corruption will be our goal, as long as all threats let us carry it out.

One of the key points of the work is that we are presented multiple endings, derived from the decisions we make throughout the game. We can show mercy in certain situations or end certain lives if that is what we want. Either way, dungeons, castles, and boss fights will truly be the order of the day.

The level system will allow us to shape a experience that suits our tastes. Every time we defeat a monster, we will get money that will be used to buy better armor and weapons at the blacksmith, to become an unstoppable warrior.

Read:  Ubisoft has development underway for a new Splinter Cell that will be announced next year, according to VGC.

There are many secret areas that Infernax hides, spread over an open world recreated with pixels from yesteryear and that promise to make us suffer at every step we take.