Bullfrag
Home Technology This is how you see the Mica effect that Microsoft is already... 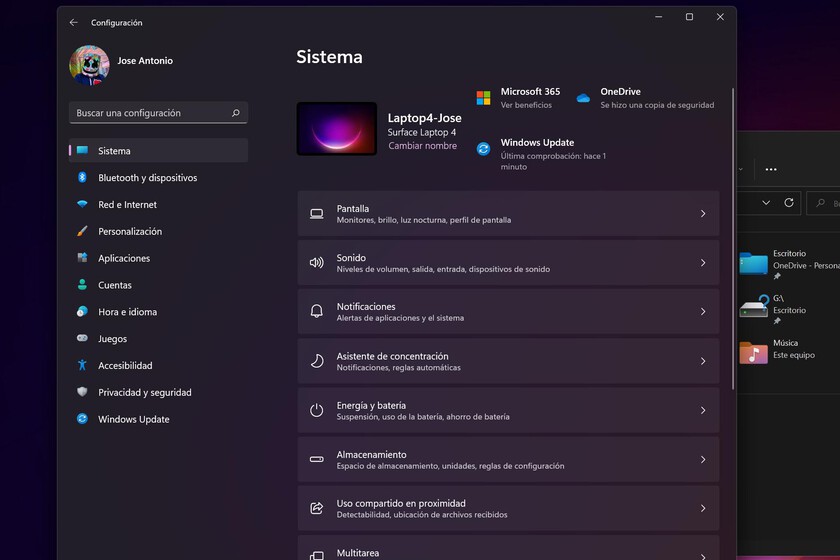 One of the aesthetic changes that came with Windows 11, beyond the rounded corners, is the blur effect. With the name of Mica, this effect is extended by the Microsoft operating system and now it is also being used in Office, more specifically in Microsoft Word.

Those who are part of the Office 365 Insider Program In the Beta Channel you can already test the new effect (you could already see it in “Settings” or in the “File Explorer”) applied in Microsoft Word. In fact, a user has uploaded an image to a thread on Reddit where they can see how it is reflected and it looks pretty good.

Mica does not cause performance problems

The Mica effect or translucent effect of Windows 11 may remind acrylic blur that the company used in Windows 10 or taking it a step further, to the affection of Aero Glass that gave so many headaches in Windows Vista.

The difference is that now consumes fewer resources and does not cause performance problems because it is based on adapting the effect according to the wallpaper, which allows having several windows open without problem. This is what they detail about Mica in a support document from Microsoft:

The Mica effect was already available in Windows 11 tools and applications like “Settings”, “File Explorer”, “Edge”, the “Snipping” tool … and little by little it is expanding. Now it is Microsoft Word that adds it, although only in the Beta Channel of the Insider Program in Office 365. The example is represented by the sixunitedxbox image on Reddit that you have above.

Read:  this is the technology presented by Xiaomi to avoid heating up your terminal

Mica is specifically designed not to interfere with the performance of the application ****, since it only shows the desktop background once to create its visualization. Microsoft is testing it in Word but it is expected that it will be extended to the rest of the Office system applications such as Excel, Outlook or PowerPoint