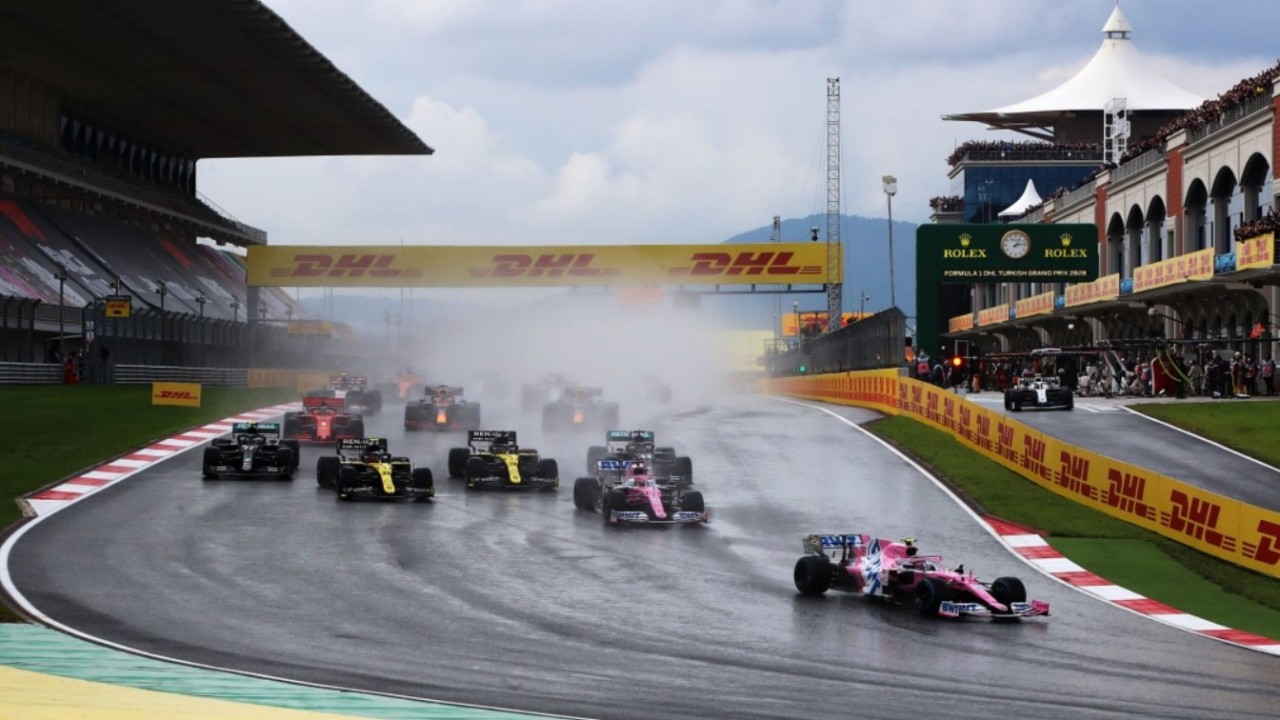 In the second year of its return to the calendar thanks to the circumstances of the global pandemic, Istanbul Park will host the ninth, and last for the moment, edition of a Turkish Grand Prix that promises to once again offer strong emotions. After the overnight rains, the poor drainage of the track means that a race start is planned in mixed conditions similar to those of the race in Portugal last year, which can significantly alter the order established on a grid with some very particular conditions.

The penalty for changing his combustion engine moves Lewis Hamilton’s pole position to 11th place on the grid. It will be his teammate Valtteri Bottas who will lead the event when the traffic light goes out, being the main favorite to victory due to the performance of his Mercedes against a Max Verstappen for whom the first row seems a result superior to the sensations of his car. A little further back, Fernando Alonso will try to surprise from fifth position, with the French-speaking army of Charles Leclerc and Pierre Gasly ahead. The other Ferrari, with Carlos Sainz, will come out last due to the multiple changes of components in his car, but wanting to take advantage of potential chaos that will take him to a new box on the podium.