Bullfrag
Home Entertainment Lifestyle This is how things are in the Canary Islands and the Cumbre... 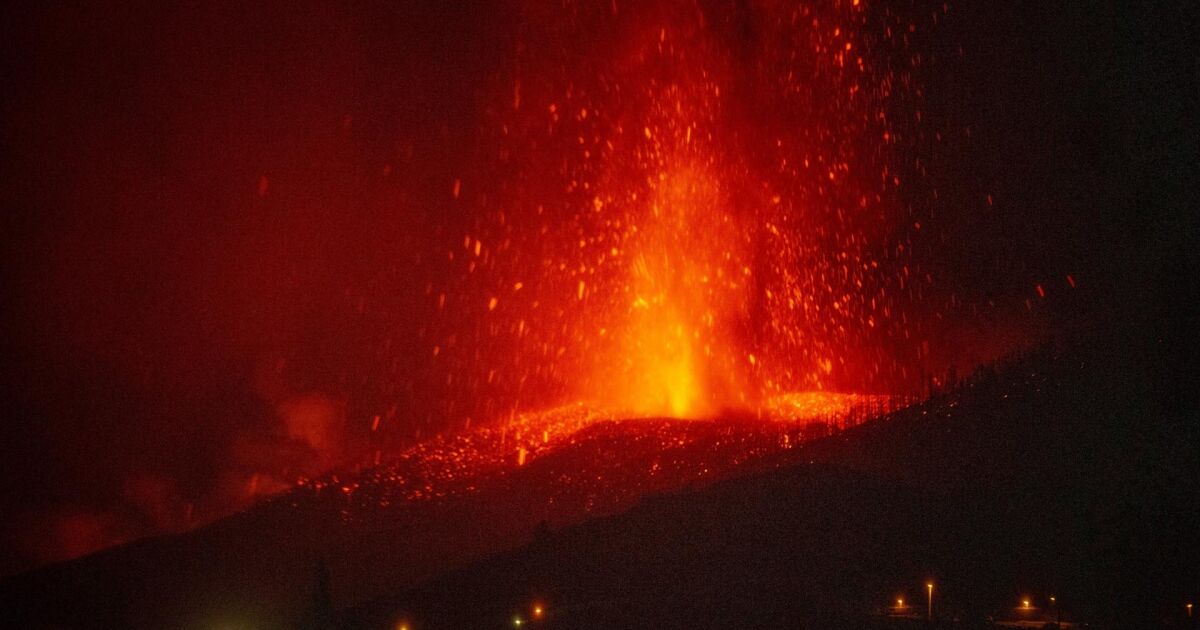 The eruption, which began on Sunday, has already devastated 154 hectares and destroyed 320 buildings, the European geospatial measurement system Copernicus reported on Wednesday, in a notable increase from its previous data.
The arrival of the lava to the sea arouses fear due to the reactions it provokes, and it had been taken for granted. However, it is no longer safe because the magma’s descent has been slowing down.

According to the latest data from the Canarian government, these fiery gray and orange columns are now moving at four meters per hour, engulfing the vegetation and buildings in their path.
The suspended volcanic ash also blocks sunlight and reduces visibility in the area, so the emergency services asked the population of this Atlantic island of about 85 thousand inhabitants that limit their movements.

The eruption of the Cumbre Vieja has already caused the evacuation of 6,100 people, including 400 tourists. Not knowing if they will ever be able to return, many residents were forced to leave their homes in the space of sometimes a few minutes.

Read:  This is how the birth control vaccine for men works

No victims have been reported.

The filias and phobias of entrepreneurs with the tax plan