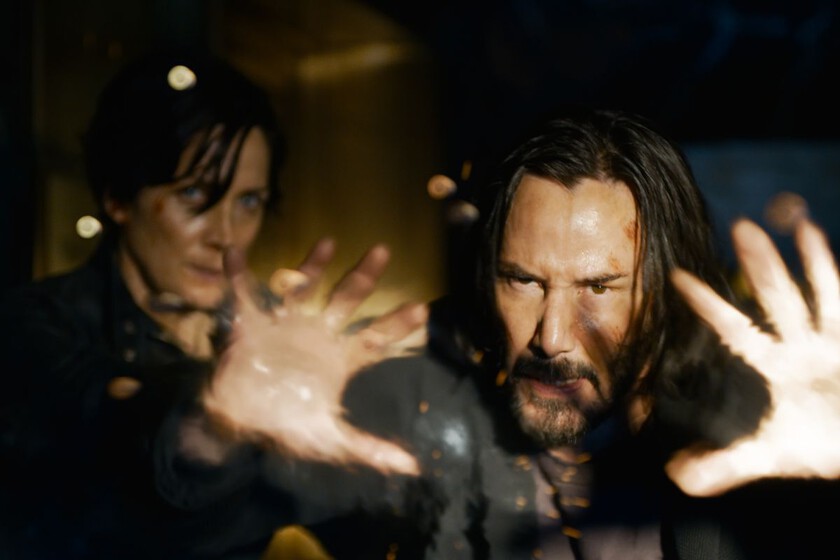 To think of the first ‘Matrix’ is to do it, almost unconsciously, in innovation. As far back as 1999, the Wachowski sisters revolutionized cinematic narrative not only through exceptional planning work – taking a look at storyboards is still wonderful – but through a groundbreaking use of visual effects that found its greatest milestone in Bullet Time.

Back then, to slow down time and allow Neo to dodge the bullets of the relentless agents, VFX supervisor John Gaeta – who deservedly won an Oscar for his work on the film – created a rig made up of 120 cameras placed next to each other following the trajectory of the movement to be achieved in the final shot.

In short, these cameras took still images sequentially which, after being stitched together in post-production and complement the transition between them by creating computer generated dithered frames, transmitted to the viewer a sensation of tremendously effective temporary alteration.

Of course, the arrival of the lucid ‘Matrix Resurrections’ had to recover a Bullet Time that flooded pop culture and transcended to the big screen to gain a foothold even in the world of video games. However, the technological advances of the last two decades have allowed Lana Wachowski and Dan Glass, Double Negative’s VFX supervisor, approach the well-known effect in a different and less laborious way.

To understand how Bullet Time has developed in ‘Resurrections’ we must start by focusing on Wachowski’s aesthetic and visual intentions. As Glass has commented in an interview with IndieWire, the premise was to embrace realism as much as possible, following – saving distances – the path marked by ‘Sense8’.

“One of the important things was aesthetics. It is, clearly, an improvement. It is a new version of ‘The Matrix’ that has learned lessons from previous feature films [sobre difuminar realidad y ficción], Y [Lana Wachowski] I wanted it to be even more realistic. When you see it, you identify more with it. It’s a continuation of ‘Sense8’, which was shot mostly in real locations with available light and a documentary approach … and of course the visuals were adjusted to that. “

Knowing this, it only remains to figure out how it was carried out. The main idea was achieve an effect similar to that of rolling underwater in terms of movement and speed. For this, underwater material was taken as a reference and shot dry using two cameras configured at different frame rates per second and different shutter speeds, whose materials were combined in post production after making a good number of adjustments and CGI additions.

This is how Glass himself explains it – be careful, because from this point there is SPOILERS-.

“Actually, Bullet Time in this movie is used mainly against Neo, so its power is taken away from him. Initially we shuffled shooting underwater, because you get a very natural feeling of effort, but also slow movement. We don’t have equipment. to do that, but we wanted to do weird things with the main actors’ faces without removing them.

So we turned it around and shot dry, using the underwater footage as a reference. We used stereo rigs with cameras aligned and shooting at different frame rates and shutter speeds to be able to capture elements simultaneously in the interaction between El Analista and Neo. Then we would put them together and make a composition with the different speeds. But it wasn’t always that simple, the camera used to be on a Steadicam and they would move at different speeds. It took quite a bit of tweaking, and then we added digital hair and slowed down the motions to get that underwater look. ”

Dan Glass also discussed the ins and outs of each of the two scenes with Bullet Time, beginning with the one in the workshop. A surprisingly long passage that shows that the devil is in the details; specifically, in the lack of motion blur of footage shot at high frame rates per second, which contrasts with the usual 24fps we’re used to.

Read:  Amazon's Lord of the Rings Isn't Like the Movies Because of This

“The workshop has the longest and most subtle use of Bullet Time, starting with the radials stopping at the bottom of the shot. They were one of the signals that marked when time went backward, advanced or slowed down at different speeds. But even this was done Mostly through cinematography, shooting at different frame rates and mixing them together. Achieving this look wasn’t something instantaneous. When you shoot at high speed and slow things down, they become sharper; they don’t leave long trails unless you do Long exposures, so we had to play to get it. “

The second scene with Bullet Time is set in the SimuLatte cafeteria. In it was used a combination of live-action footage with CGI scenarios generated in Epic’s Unreal engine.

“The cafeteria scene was a mixed bag. There were specialists who were hanging [con cables] and we add CG around it, using different frame rates and volumetric capture. But we were innovating, because the original Bullet Time was an intense exercise. Everything was planned in advance, you built the path that the camera was going to follow and changing something took days or weeks. We needed a system that was much more flexible and malleable to work the way we were shooting. And this was: arrive with a Steadicam, zoom in and roll. And we could modify the rigs with 10 or 12 cameras very quickly thanks to engineering and 3D printing overnight. “

As you can see, ‘Matrix Resurrections’ has once again replicated the success of the original film in two very important aspects, and far removed from the critical and commercial triumph: its relevance within the contemporary blockbuster, and its will for innovation in a field of visual effects in which the limit is only set by creativity and the technological possibilities of the moment.