Bullfrag
Home News this is how the thought gap works 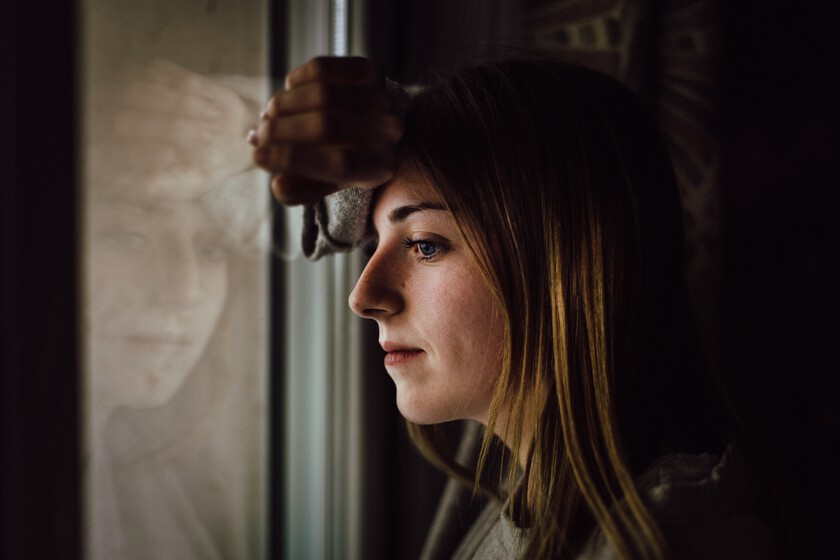 We often believe that people are not thinking of us. We have a false feeling that most people only think about themselves. Basically, that people don’t have time to worry about what we do or how well we are doing in different areas of our life, because everyone is caught up in their own dramas. It is already enough that they have to deal with in their lives that they are also thinking of others, right?

Well we are wrong. Science has studied the phenomenon called the thought gap. And the truth is that we underestimate ourselves too much in that sense: people are thinking of us. Much more than we think.

The investigation. A new study published a few weeks ago in the Journal of Experimental Psychology conducted eight experiments with 2,100 people. And what psychologists Gus Cooney, Erica Boothby, and Mariana Lee found is that we regularly underestimate how often others think of us. The researchers called this concept – what others actually think about us and how little we assume they do – the “thinking gap.”

This gap does not occur in all conversations and relationships. There are some cases where the amount of mental space a person occupies is not reciprocal. An explanation that perhaps your mother thinks more of you than you of her. But on average, the researchers found that the thinking gap was remarkably stable. The experiments covered all kinds of conversations: students in the dining room, strangers at work, pairs of friends. From nonsensical chatter to arguing, the study found that people walked away from conversations thinking about the person they were talking to, but assuming the other person wasn’t doing the same.

The thinking gap. We spend about half our lives communicating, often through conversation. After talking to our friends, family, partners, strangers we meet on the street, etc., we think about those conversations. A kind of loop occurs in our heads: we repeat what we said and what they said, we laugh remembering something that we found funny or we reflect on anything. And the thinking gap reveals how people generally don’t realize that their conversational counterparts are doing the exact same thing.

When we talk to others, we have a direct connection to their internal monologues along with non-verbal cues about what a person is thinking, such as tone or body language. Once you’re done talking to someone, all of those signals go away. “This is a psychological transition, as people go from being intimately connected with another person’s thoughts to being alone with their own thoughts. Then, a gulf widens between their own thoughts and the thoughts of the other,” the authors explained. .

The alien is invisible. Overall, the thinking gap fits with some scientific evidence suggesting that people are more aware of their own thoughts. Juliana Schroeder, a behavioral scientist at the University of California, spoke in this Vice report about what is known as the “minor mind problem.” When our own thoughts are more prominent, we pay more attention to them. The result is that people can end up perceiving other minds as darker (or worse) than our own.

“Although it can be quite easy to think about the thoughts, feelings or other mental states of others, the mind attributed to others can systematically lack complexity, depth and intensity because the minds of others are inherently invisible compared to your own”, Schroeder explained.

When you look at someone on the subway. The thought gap is not the only way we misinterpret the thoughts and feelings of others in relation to ourselves. In another 2017 study on the “invisibility cloak illusion,” researchers found that when we are in places like waiting rooms, cafes, or the subway, we look at other people regularly, but we don’t realize how much they and they are doing the same. We believe that we look at others more than they look at us.

It seems that if we feel self-conscious about something, we think that others notice it more than they actually do. And in our day to day, we believe that others look at us less than we look at them.

The liking gap, another point in our favor. Another bias that scientists have worked on is the so-called “liking gap,” or how people underestimate how much others like them after talking to them. We have discussed this topic on Magnet before and it is truly fascinating. When we first meet someone, one of the questions we ask ourselves, whether consciously or unconsciously, is: “Does this person like me?” We know that conversations They have the power to turn strangers into friends, simple coffee dates into relationships, and interviews into jobs. And yet when we return home we continue with the hum, replaying the conversation over and over again and thinking, “Did he like me or did he think I’m an idiot?”

It exists basically because we can’t just ask people how much they like us after finishing a talk. To us is relegated the suffering of venturing our own guesses, analyzing the conversations and reevaluating everything we did or did not say. What’s going on? That we think we’re cool until we talk to someone else, at which point we literally think we’re idiots.

People routinely underestimate what other people actually like about them, even in situations where the person they are talking to gives clear signals (smiles, hand gestures) that they are entering the conversation and feeling satisfaced. Why? We are too absorbed in thinking about what we are saying and maneuvering to notice those signs. And of course, in the end we also tend to be too critical of ourselves. But yeah, they like us.