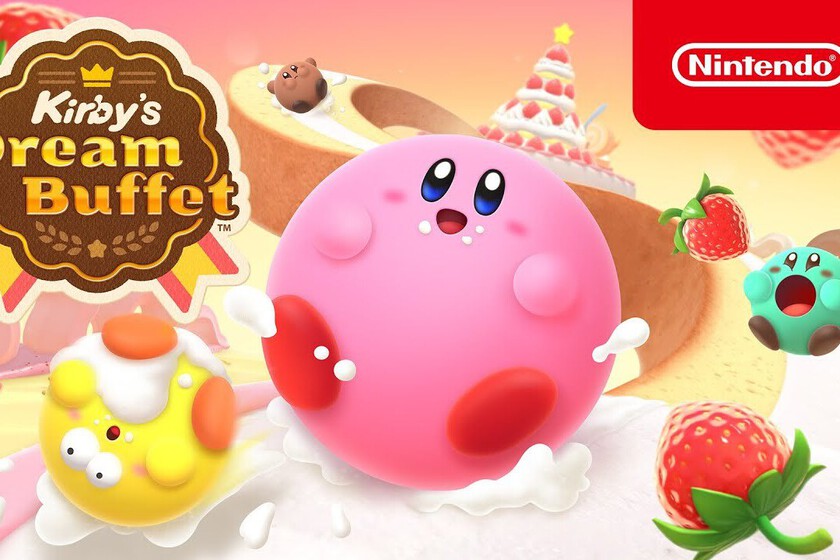 It seemed that Splatoon 3 was going to be the next big release that Nintendo Switch was going to receive soon from Nintendo itself, but before that happens we can enjoy Kirby’s Dream Buffet, since its release date has just been confirmed in the hybrid console for a very few days: the 17 of August.

In this cute title, the pink Nintendo ball will meet the dream fork, which will make its size decrease considerably to end up in some of the sweetest scenarios. This will leave us with a round of three mini-games of the most fun in which up to four people can participate.

The first of them will consist of a race in which we will dedicate ourselves to gobble all the strawberries that we see so that Kirby grows and becomes stronger, although he can also make use of some of his special powers, such as the Tornado or the Super Jump, to get away with it and thus knock his opponents out or to advance faster towards the goal .

In the second minigame, the stage will become smaller and you will have to gobble up as many strawberries as possible before the time runs out. This will leave us with a final minigame that will basically consist of kicking the rivals off the platform. Finally, the fattest Kirby of all will be the one who will win the game.

Based on playing we will get rewards that will depend on the number of strawberries that we have been eating. Thanks to them we can unlock costumes, alternative colors and also additional scenarios. On the other hand, up to two players can be brought together on the same console, while the multiplayer can be local on four different Nintendo Switch or online against the rest of the world.

Read:  a liberating experience that goes beyond a The Legend of Zelda with the aesthetics of Moebius