By CooperAugust 8, 2022No Comments4 Mins Read 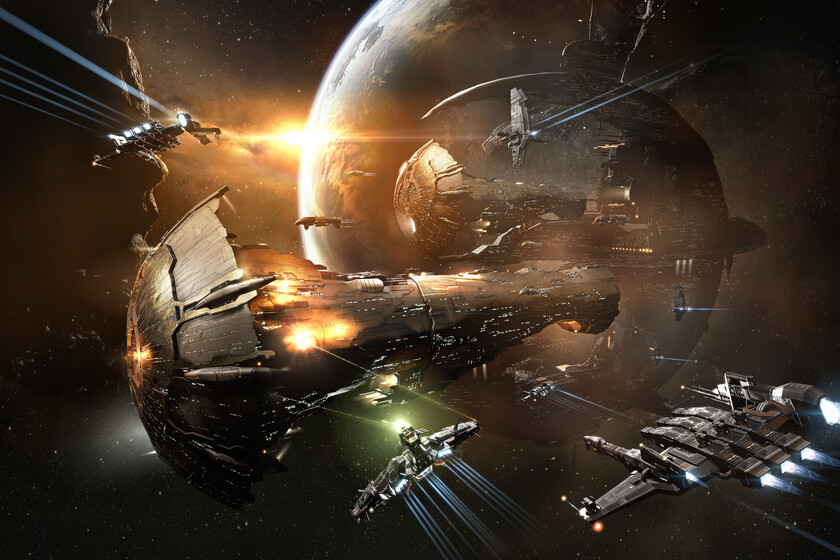 MMORPGs often leave us with the most curious anecdotes that demonstrate the very special situations that players end up experiencing. We have found one of the last cases in EVE Online, one of the longest-running titles in this genre and in which it took place a very amazing story.

The MeinMMO portal has echoed a video published by PCGamer that narrates the situation in which two players were involved and what is considered one of the biggest robberies that have occurred in the game. To do this, you have to go back to 2017, when there was a whole robbery and a painful betrayal.

From what it seems in EVEOnline It is common to find assaults, although not one as big as this one that lasted for several months. Apparently the TikkTokk player spent years saving to buy himself one of the rarest ships in existence, the Chremoas. Among its features, it has a camouflage device that allows it to devastate its victims, especially due to its power modules.

In addition, the ships have their own death markers to keep track of the killing machines they can become. In the case of this one, it accumulated more than 400 deaths and without losing the ship at any time, since in battles there is always the risk that they will be destroyed forever, so its value and importance increases the better it has gone.

On this basis, the Amamake Police, the clan TikkTokk belonged to, became very popular, hence a player named Samantha Myth set my sights on him and especially on Chremoas. Actually it was about a thief who intended to seize the ship at all costsso he looked for a way to approach the group without raising too many suspicions.

Casper24, a fellow TikkTokk came across Samantha on an in-game channel and saw that she had made some pretty amazing kills. Since she also seemed like a very nice person, she was invited to join the crew with prior permission from TikkTokk. Until then it seemed impossible to think that the new partner was going to play the trick of his life.

From robbery to regret

From the moment he entered the clan, 18 months passed. A year and a half, which was enough time for Samantha Myth to become one of TikkTokk’s best friends, since her goal was to gain her trust at all costs. She even bought the Whiplash ship and lent it to her comrades so no one would suspect anything weird about her plan.

Read:  Sunsoft is more alive than ever and will bring some of the greatest NES classics back to life

This meant that TikkTokk wanted to take an example, so he entrusted him with the controls of the Chremoas, since it became a custom for the members of the group to lend the ships to each other. Unfortunately for her, those weren’t Samantha’s intentions at all when she found out a few days later in a Reddit post that she had scammed him by taking the ship to sell it.

It was at that moment that he saw that one of his best friends in the game had betrayed him. In fact, for TikkTokk that act was more painful than the loss of the ship itselfbecause he considered the thief as his greatest comrade and one of the biggest reasons to continue playing EVE Online, so he even considered never going back to the MMORPG and leaving it.

More than anything because he had always considered himself a trusting person and he was afraid that this situation could influence his way of being. Thus, the story that he managed to dazzle the entire community to the point that he took his side to support him. What’s more, Samantha Myth also found out about all this and contacted TikkTokk because she felt terrible for having caused so much damage.

For a couple of weeks they were talking on Skype to fix it and all TikkTokk would tell him was that he wanted to recover the ship and that he would never consider it. Therefore, since the scammer wanted to win back his friendship, he gave him 120 billion ISK, the game’s in-game currency, which he earned by selling it so he could buy it back.

However, it was not a question of money, because Samantha Myth admitted that the only reason she committed this act was to prove that she was capable of it. Of course, although she has forgiven him, TikkTokk has warned him that if they ever meet in person she will owe him a beer to make it up to him.