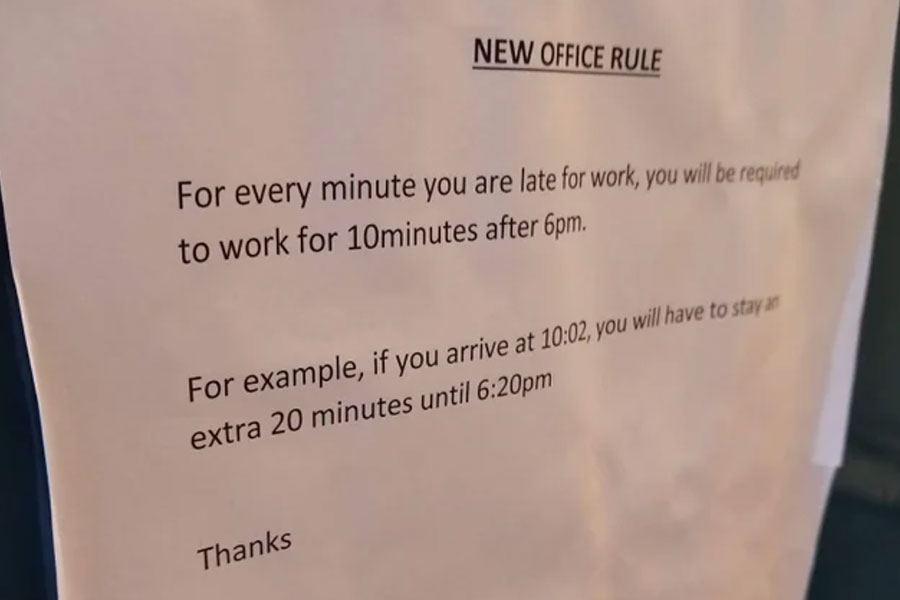 In a company there will never be a lack of employees who regularly arrive late; however, learn to manage delays through payroll or Human Resources It will always be the best solution to avoid punishments that fall into violations of the Law or human rights.

Working hours are a key basis in any contract between employer and employees, as it is an agreement and commitment that is established when negotiating a job, so failing to comply with this is not an option and can be the reason for various measures and attention calls.

The employer may assign fines according to its internal policies, such as administrative acts, suspensions, equating with absences after certain tardies, elimination of extra bonuses or ultimatums after a constant refusal in attendance and punctuality. The most common sanction applied by companies is to equate three tardies with one absence and, in turn, three unjustified absences in a month with a sick leave, a measure endorsed by article 47 of the Federal Labor Law.

However, according to the same LFT, as stated in article 517, section 1, the employer can only impose a disciplinary measure within 30 days following the date on which one of the aforementioned offenses was incurred.

For this, the internal regulations of a company must be clear and protect both parties to the contract, that is, according to article 423 of the LFT, among many elements it must specify the time of entry and exit of the workers, as well as the place and time at which work days should begin and end; permissions and licences; disciplinary provisions and procedures for their application.

And since both parties must be heard, the regulation must also include the tolerance time for delays and how to request extensions due to adverse situations. This for avoid litigation for labor injustices.

One of the most used measures to threaten workers and force them to comply with their schedule is to subject their arrival to nominal discounts, something that is considered illegal.

Article 110 of the LFT states that discounts on workers’ salaries are prohibited except in certain cases, which does not include delays.

The internal regulations of a company cannot give rise to excessive, improvised or considered sanctions as a way to lead the worker to resign voluntarily, so it must be clear that the employee accumulates three or more delays within a period of 30 days to suspend him a day of work, and then yes, at that time it would be legal to limit income for that day not worked.

Read:  Benefits that will change the digital world

Is reddit postt is an example of this, as it shows how a company manages the entry time of its workers and, with an intimidating poster, the boss sends them a message: zero tolerance and penalty if they arrive at the office even one minute late.

The rule of working an extra 10 minutes at the end of each shift for every minute late has gone viral, sparking a debate about bad employer practices, injustice and extreme measures taken against workers.

The post was made by the user MinionsAndWineMumwho is apparently a former employee of the company and who posted the photo with the caption: “It screams the worst place I’ve ever worked (minimum wage of course).”

As expected, the publication has more than 5 thousand comments with diverse but forceful positions:

“That sounds incredibly illegal and will not hold up in court.”

“They are probably trying to get people to quit. The recession is here and they need to lay off 10% of the workforce, they would rather not have to pay unemployment. We are going to see a lot more of these dirty tricks in the coming weeks as layoffs mount.”

“Boy, I hope you guys like paying overtime, or paying people to just stand around for an extra 20 minutes because you know this rule sucks. How the hell can people think this is a good idea?

“Some people love to wield what little power they have. If whoever wrote this note could put her ego aside for 5 minutes, she would realize how hilariously pathetic, petty, and sad this is. Unfortunately for whoever works there, that’s not the case.”