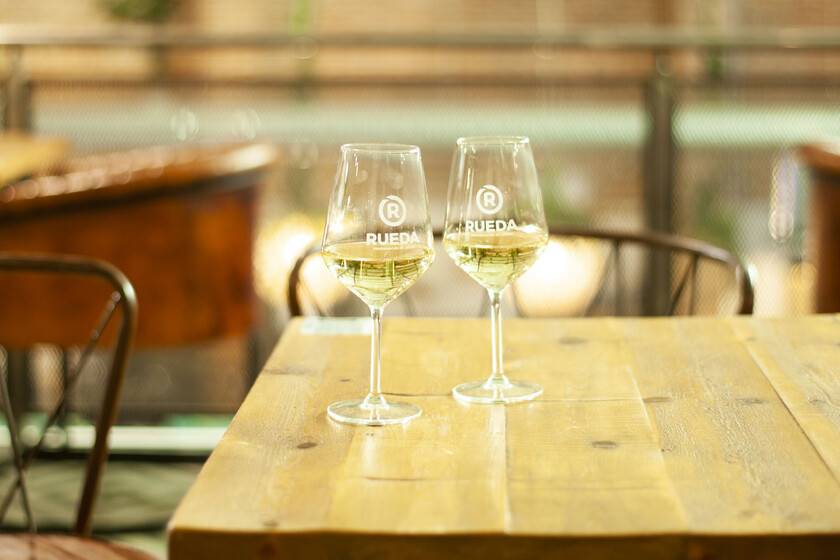 The scene can be repeated in dozens of bars throughout Spain, especially those where a relatively young audience who begins to delve into the world of wine and uses as a tagline “give me a fresh Verdejo”.

Almost by magic, this subtle invitation is behind justifying and understanding how the Verdejo grape, the queen of the white varieties of the DO Rueda, has managed to enter hundreds of bars and restaurants in our country to the rhythm of a affordable, enjoyable and easy to drink white wine who does not understand gender or age.

He does understand success —and a lot—, so much so that he currently white wines from the DO Rueda account for 41% of the market share of Spanish whites with an unstoppable tendency that has no sign of abating, although, as Santiago Mora, general director of the DO Rueda, explains: “at some point it has to stop”.

However, says one of the managers who has managed to make this Castilian appellation of origin, which is spread over three provinces (Segovia, Soria and Valladolid), each one with its very defined personalities, and which has evolved from blended wine in the period from the Catholic Monarchs to the fresh and young verdejos that today populate the ice chests of half of Spain.

A success story with two paths

However, what has meant placing the DO Rueda at the head of white wines and in the second DO with the most wine consumption in Spain (only behind Rioja, which is big words in a country that continues to be reds) is also its Achilles heel.

We are not entering the world of winemaking or wines that are similar to each other. Nor when it is taken or how it is done, being very usual that it is the first wine of many Spaniards because it can be taken fresh or cold, easy to drink and with a wide range of moments of consumption.

Behind it is the dreaded ghost of value for moneythat mantra that eternally haunts Spanish agri-food products and which, being an advantage, also means assuming that we are like a nice friend, but not a handsome one, if we made that slightly funny translation.

This has meant that Rueda wines (the second most commercialized DO in the Horeca channel, only behind Rioja, with a market share of 17%) are also seen as cheap wines and with a very evident consumption trend: the sooner, the better.

The horizon of the Great Wine of Rueda

With the Gran Vino de Rueda there is also an intention to value the oldest areas and vineyards of the designation of origin.

Added value are the two key words in the speech of Santiago Mora, who has to look after a DO that has grown in size and production over the last decade at great paces and that has also meant the landing of powerful winery groups in the DO Rueda, which is the goose that lays the golden eggs of Spanish winesince it is the only one that grows in a sustained manner both in hospitality and in Food, according to reports from the Nielsen consultancy.

A powerful brand, good sales, affordable prices, an increasingly enthusiastic and loyal public… It seems that the idyll of Rueda is counted only among the Spanish clientele, adapted to this fresh Verdejo of which, however, the denomination of origin and certain winemakers want to show that there is an afterlife.

Not because they are against the young Verdejo and the year that for 40 years it has put this Castilian denomination of origin in the spotlight whose epicenter is in the Valladolid municipality of Rueda, forming a well-known triangle together with La Seca and Serrada.

But because they understand that there is a point beyond for a grape that combines acidity, good ripening conditions and, above all, the aging capacity to limit itself to being a good young wine.

Under this umbrella, the DO Rueda has opted for create the category Gran Vino de Ruedaalmost a blank slate of how to make wine within this production area and that, as we opened, leaves the door open to the added value of the wine and to dismantle the wine that Rueda wines can only be young, of the year and They should be drunk as soon as possible.

It is not trivial that, although the most common thing is to know the young white wines of Rueda, there is a past legacy of Court wine that was consumed in the time of the Catholic Monarchs and that pointed to the Pálidos and Dorados nomenclaturesoxidatively aged wines that chromatically referred to gold and that are also allowed by the DO Rueda, with which today we could make a small parallel between these wines and generous Jerez wines such as amontillado.

However, the category of these two wines is residual at the volume level, although not as a brand image, something that the DO Rueda intends to reverse with this new figure of the Great Wine of Rueda and that opens the hand to manufacturers are protected and supported by the regulatory council to make wines that go further.

As they explain from the DO Rueda, the search for zoning is the key.

We used to say a blank slate: they must be wines made with grapes from vineyards over 30 years old; with yields of less than 6,500 kilos per hectare; put up for sale one campaign after its vintage and cannot be pressed, but only the grape yolk must can be used, which is the most delicate of all.

From there, the producer has a wide sleeve to vinify as he deems: more or less short aging; tank formats, cement, barrels at will; work on the lees at will… With the Gran Vino de Rueda the way is opened to reinvent ‘Rueda’ and demonstrate that its white wines can betting on zoning, on the terroir, on being wines for aging and why not, that the world is willing to go beyond cheap wines and of quality that today they suppose to verify that there is much more Rueda that can be discovered.

Till the date the Gran Vino de Rueda has just under twenty references —distributed in just 12 wineries— with wineries such as Rodríguez y Sanzo, Shaya, Campo Elíseo, Castelo de Medina, Cuatro Rayas, Bodegas Félix Lorenzo Cachazo, Bodegas de Alberto, La Soterraña or Bodegas Herrero, pointing to very diverse gastronomic wines that, such as emphasizes Santiago Mora, “they give freedom to the creators in this new path”.

In between, ensuring that the wines of Rueda stop being a fresh Verdejo that is easy to drink and easy to buy and that is an entry wine —which neither winemakers nor regulators do not deny—, but it does open the way for demonstrate that Verdejo has more to say in the gastronomic gossip of Spanish white wine and show that their wines, in addition to being nice, are also beautiful.

In DAP | What to see and eat in 48 hours in Rueda, Tordesillas and Medina del Campo, the land of Verdejo: between wineries, cheeses and ancestral recipes
In DAP | The history of the Dorado de Castilla wine: from court drink for the Catholic Monarchs to treasure recovered from the DO Rueda

this is how advertising revenue sharing will work