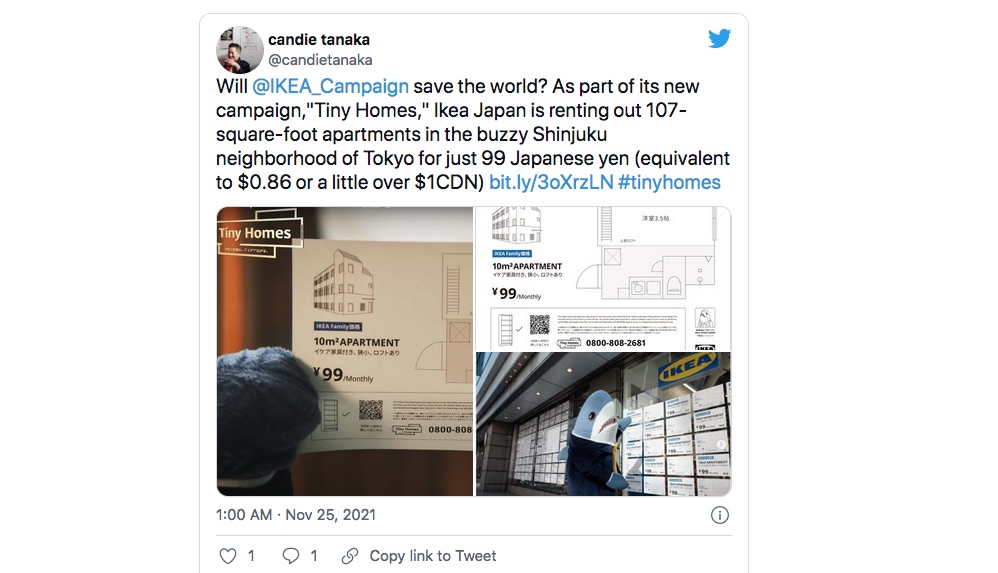 Ikea enters the real estate market and as part of this movement the brand has begun to offer an apartment for rent, with which it undoubtedly consolidates its name in a market, where it has become known for products and experiences in interior spaces .

In this sense, the brand has innovated in a segment that has undoubtedly sparked an important social conversation and this relevance is undoubtedly a new creative guideline in a brand, which has established itself as the number one supplier of products for the home. , with a retail concept that reaches real estate and does it correctly.

The arrival of Ikea to the real estate market

As part of a campaign that recognizes the problem that exists in real estate, with properties that are increasingly adapted to the needs of those who demand these places, in Japan, which is a nation known for the challenge that exists in real state. With small homes, the company has made an apartment, has equipped it in its entirety with products of its brand and has announced that it rents it for $ 1 a month, the 10 square meters that this space has as a measure .

Read:  Make these changes in the Caliber reader to enjoy your ebooks

This property is located in the Shinjuku district, so now there is the call to add people to this campaign, with requirements such as being over 20 years old and sending your application before December 3, in addition to the symbolic income, the people who have the opportunity to rent this property will also have to bear the running costs.

The brand, which is known for selling functional furniture that in many cases seeks to make the most of the space where it is installed, pays tribute to this conception of its business with a house where the experience with its furniture becomes a unique bet in real state.

Will @IKEA_Campaign save the world? As part of its new campaign, ”Tiny Homes,” Ikea Japan is renting out 107-square-foot apartments in the buzzy Shinjuku neighborhood of Tokyo for just 99 Japanese yen (equivalent to $ 0.86 or a little over $ 1CDN) https://t.co/JBuJQIfwaW #tinyhomes pic.twitter.com/n0fRoZ2g5k