Bullfrag
Home Technology Automobiles This is how Alpine saw Ocon’s victory and Alonso’s feat at the... 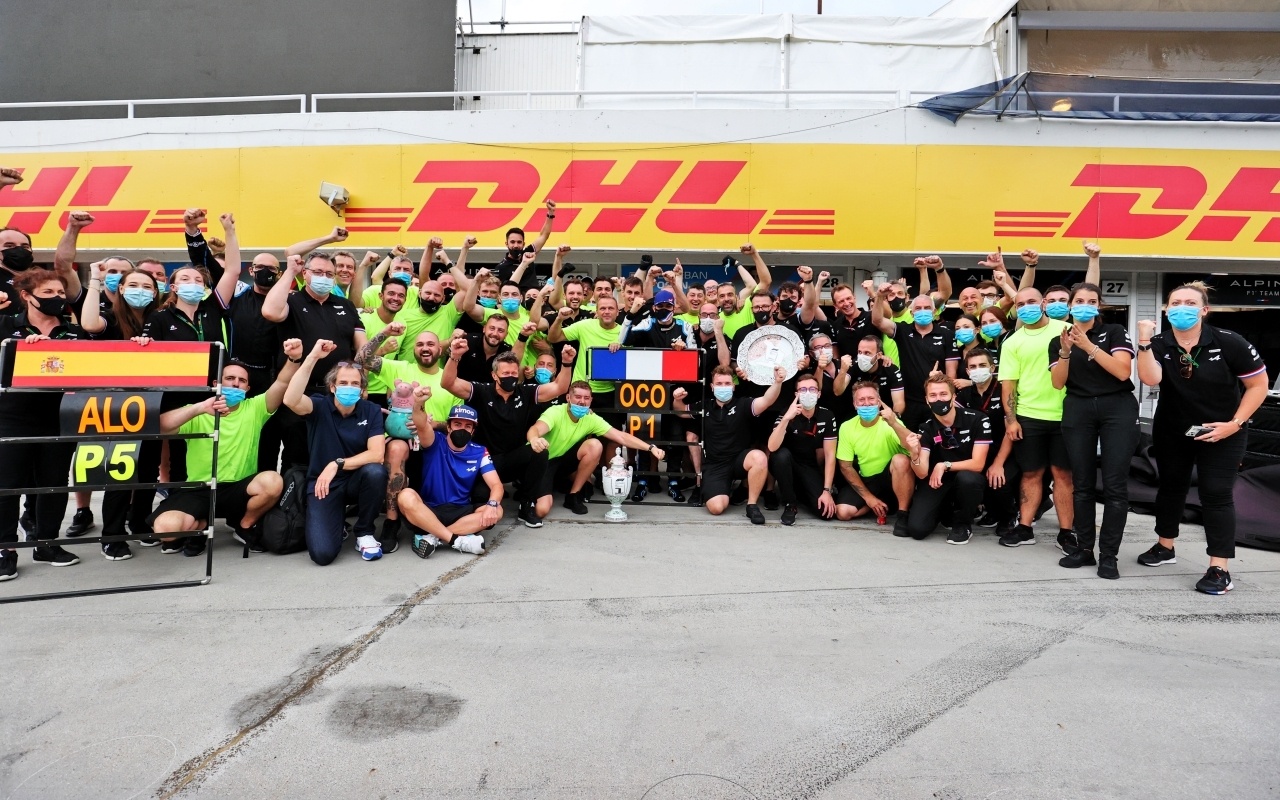 The last Hungarian Grand Prix was only Alpine’s eleventh official race in Formula 1, but in it the Anglo-French team achieved the first victory thanks to the exceptional work of Esteban Ocon and Fernando Alonso. This is how it looked from the inside.

Few brands have been able to obtain their first victory in Formula 1 after only 11 Grands Prix, although in the case of Alpine We cannot deny that it is really nothing more than the continuation of what Renault has been for the last five years.

Likewise, Alpine was able to take full advantage of the opportunity that the double multiple accident on the first lap gave it, with Esteban Ocon holding the lead firmly and Fernando Alonso serving as an invaluable squire by keeping Lewis Hamilton at bay for ten valuable laps.

“Fernando is happy for us and for Esteban, although I know that deep down he will be frustrated because he wants to win”

Alan Permane, Alpine’s sporting director, has offered his impressions on the great day of the team, who knew how to make the most of the opportunity.

“We wanted to get as far forward as we could, we started eighth and ninth so we could be sixth and seventh if things happened in front. We wanted a clean race, as always. You always think you can do it right, we come to win, everyone, but we are realistic. Nobody could imagine something like this », acknowledges the British engineer.

“We started thinking about victory after the initial pit-stop. The first part of the race was good, we were first with the second set of tires and it was nice when we told Esteban that he had to go hard, because he gave Sebastian two seconds. We didn’t have to do anything until he stopped, and when he stopped and we did later, we went ahead. It was thanks to that, and also thanks to Fernando against Lewis »Permane emphasizes.

And it is that Fernando Alonso gave a whole recital of defense of position on the track, keeping Lewis hamilton at bay for 10 laps after the British made a second stop in the pits and rolled between two and three seconds faster than the Spanish.

“It was incredible, absolutely incredible,” notes Alan Permane. “Really, he is happy for us and for Esteban, although I know that deep down he will be frustrated because he wants to win. Without a doubt, what he did was crucial, it was 10 laps. If it happens to him in the first lap and then he does the same with Carlos, I am sure he would arrive, I am not sure that we would have been able to keep him behind. Although Esteban had stopped last with the hard wheels ».

This victory gives Alpine a great morale boost and places them fifth in the constructors’ championship, but Permane is keeping her feet on the ground and knows that the next few races will not be as positive. “If you look at where we were in qualifying, eighth and ninth, we are as usual. We will continue to learn, but the next race in Spa will be tough for us with such long straights. We don’t think we can perform like this on such long, demanding tracks. “