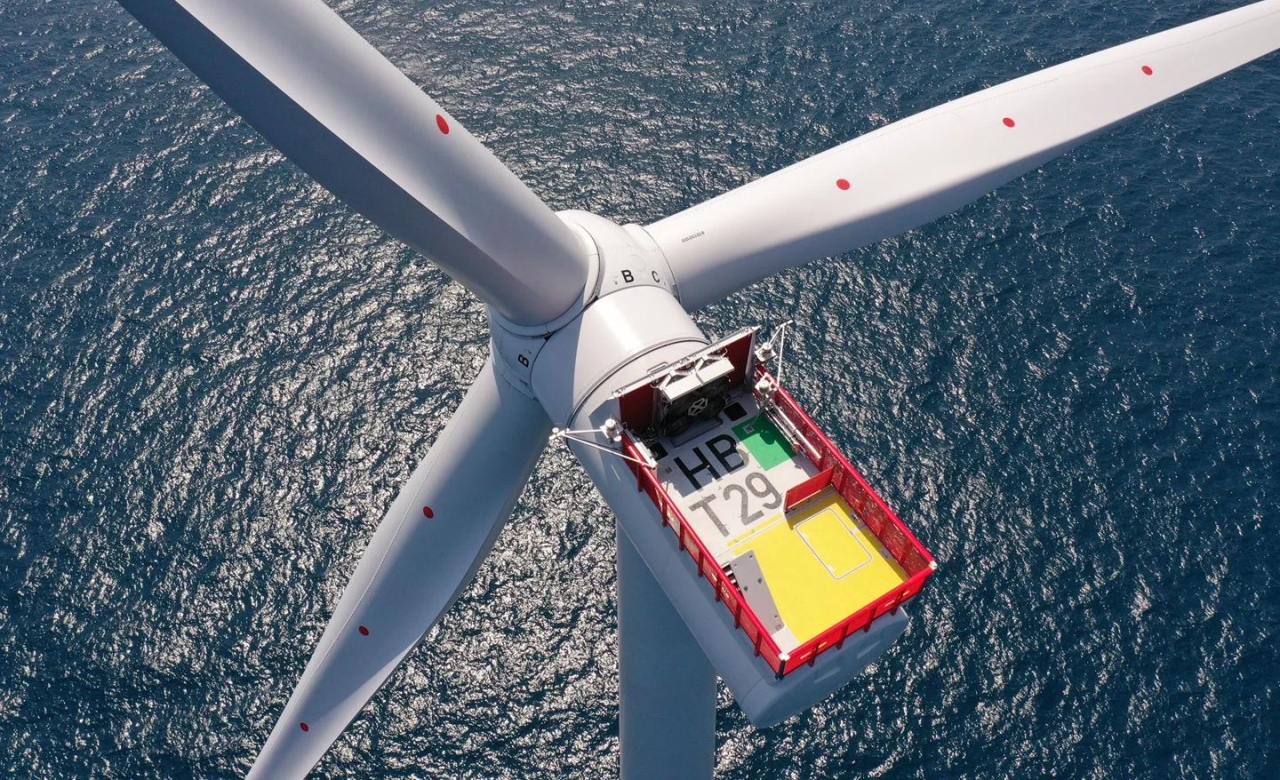 Danish renewable energy company Ørsted operates a four-phase project located on the east coast of the UK. When completed, it will power more than 7 million people.

Hornsea is a city located in the county of East Yorkshire, in England (United Kingdom), and has an estimated population of 8,500 inhabitants. But it is known mainly for hosting 90 km east of its coast, in the North Sea, the world’s largest offshore wind farm, which is already operational in the first of its four phases and promises to make an exceptional contribution to Europe’s net zero carbon emissions targets.

Ørsted, the company that already has 11 operational offshore wind farms in the UK and another two under construction, is in charge of the construction and operation of the Hornsea four phase plan, which started in August 2015 and began construction in 2018.

The first of the four phases, Hornsea 1, began operations in January 2021 and has a capacity of 1.4 GW thanks to the use of 174 wind turbines manufactured by Siemens Gamesa, already powering the homes of more than one million people.

The second phase, which has already started to generate energy and will be fully operational before the end of 2022, will add 165 more wind turbines with 1.32 GW of capacity, but Hornsea 3 and 4 will raise the total capacity of the wind farm to 7 GW, which will allow supplying renewable energy to more than 7 million people.

A good example of the magnitude of the project are the 373 km of matrix cables to the OSS and RCS, reaching the national network through 390 km of offshore export cables and 40 km of onshore export cables terminating at the Killingholme onshore substation. And this only for Hornsea 2.

Read:  KIA Sportage PHEV, all the prices of the new and expected plug-in hybrid SUV

For its part, Hornsea 3 already received a Development Consent Order in December 2020 and Hornsea 4 is currently in the planning process.

On the other hand, new ways are emerging to maximize the potential of offshore wind turbines, which are currently not capable of producing energy on days without wind or when demand is covered.

It is a system called Ocean battery and has been developed by Ocean Grazer, who has presented it at CES 2022, the technology fair held in Las Vegas. And it is that in recent times so much emphasis has been placed on finding efficient ways to generate energy as well as on achieving the necessary capacity to take advantage of all that generated energy.

This is how Ocean Battery works.

The Ocean Battery bases its operation on huge flexible bags located on the seabed and which are filled by the wind farm pumping sea water. When there is demand for energy, ocean pressure squeezes water and generates electricity with the help of turbines.

It is a concept called “Pumped hydroelectric power” And it is already used in a similar way in hydroelectric dams, which pump water from one reservoir to another when electricity demand falls, effectively storing it to return through the complex’s turbines.

The advantage of its use in the ocean is that thanks to the free pressure generated under it, it is possible to create a system with a 80% efficiency in energy storage. However, the deployment of systems like Ocean Battery on the scale necessary to function as part of a power grid has yet to be finalized, although Ocean Grazer aims to have an offshore system by 2025.