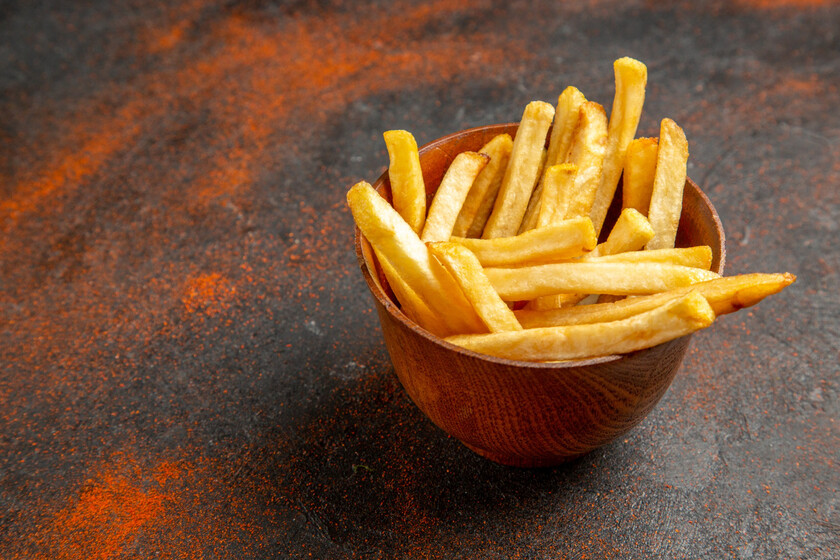 Making French fries is, in essence, something very simple. Barely a frying pan, some good potatoes and a large amount of oil They make one of the most sought-after and desired gastronomic miracles in our kitchen, but making the best French fries is not that simple.

The type of potato has an influence (remember, for example, the potatoes that Karlos Arguiñano recommends not using in stews), the oil we use matters (we must always keep the smoking point in mind) and, above all, The amount of oil that we are going to incorporate in the recipe matters.

However, there are intermediate steps that are sometimes forgotten and that will allow us to embroider this ‘recipe’, as happens when we take a look at chef Dani García’s Instagram account and see that long before frying the potatoes, the chef from Marbella takes into account a trifling trick that, however, will facilitate frying and the final result and that, for example, will go perfectly to be the garnish of the crunchy and juicy mixed sandwich.

Then, as he also explains in the video itself, the temperature at which we fry also matters, since it is convenient that the potatoes do not take too much oil and remain greasy. In the same way, although in this case the Andalusian chef does not explain it, the type of potatoes that must be used to make French fries is also very important.

No, we are not referring to those super potatoes that say ‘special for frying’, although in this baptism of marketing there is a reality that goes beyond the species of potatoes: their collection. The usual for making fries is that we bet on new potatoes.

Read:  Sara Carbonero's trick to fasten the braid is the most boho hairstyle that we can take to festivals

It is not a whim or a whim, but a very simple reality to understand at an organoleptic level: new potatoes they are more solid and their starch content is lower than in old potatoes, which tend to ‘suck’ and absorb more oil during frying. That is, what happens during a stew, but in this case in the pan.

Luckily, Dani García’s trick to get some championship fries involves a very basic secret, but easy to apply at home: soak the potatoes already cut into sticks in cold water.

With this, the chef from Malaga manages to we lose the excess of starch that the potato carries and that later in the pan it will be responsible for them sticking much less and, above all, for them to be more crispy because we will have removed a good part of that starch that the only thing it was going to do is absorb oil.

It will be enough to keep them in a bowl with cold water for a few minutes, checking how the water starts to look white. We repeat the operation until the water is barely white and we will have almost starch-free potatoes that will be more crunchy and will prevent them from sticking. Also, to make it cleaner, we can do with a drainer on the bowl.