Bullfrag
Home Update This is Casa Efigenia, the restaurant on La Gomera that, unintentionally, became... 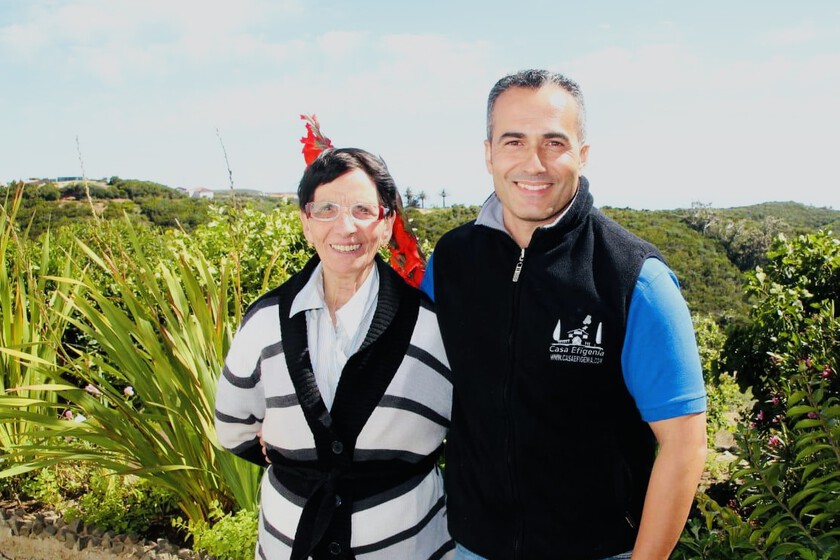 At the gates of the Garajonay National Park, Efigenia House It has become a fundamental pillar to understand part of the past, the present and, luckily, the future of La Gomera. Of humble little vent, as the owners call it, obligatory stop for anyone looking for authentic Canarian cuisine in the center of the island.

It is the place to look for a category gofio escaldón, an almogrote that well deserves an award and a legion of spoon dishes which show that in the Canary Islands, when it comes to stews, you have to talk about proper names. The Canarian stew or the potatoes with ribs and pineapples (de millo) are the affordable magnets with which the Méndez Borges have been captivating the traveler for several decades.

Almost a place of pilgrimage where, without intending it, the kitchen is totally vegetarian. “In our menu there are no meat or fish,” explains Sergio Méndez, at the head of this family business that Efigenia Borges promoted, the authentic ‘boss’ of this house and which diners do not stop greeting with affection.

Its good position, in the middle of numerous hiking routes present in the center of the island, it has made it possible for international tourism to be the first to give the queo, but Casa Efigenia’s journey comes from afar. A bustle of German tourists who came to La Gomera in the mid-70s in search of those unexplored roads were part of the germ, of which even former German Chancellor Angela Merkel has been part of it.

Nevertheless, House Efigenia is more than hungry Germans, more than breathtaking views over Valle Gran Rey and it is even much more than affordable home-cooked food. Casa Efigenia is the claim that in the Canary Islands you can carry out a tourism with deep roots and full of history – and stories – that here surprise everyone who lands.

Index hide
1 “Why were we going to kill animals?”
2 From selling sandals to rural accommodation
3 The paradise of the almogrote and the escaldón
4 The ode to kilometer zero
5 Direct to the Paladar Newsletter

“Why were we going to kill animals?”

Under the watchful eye of Efigenia Borges, the woman who promoted the change of Casa Efigenia, Sergio Méndez, his son and currently at the helm of this small gastrotourism emporium, attends us. The wickers of the house have changed little, although they have evolved, but the essence is the same: a recognizable Canarian cuisine, close and 100% vegetarian.

“It was never intended but here it didn’t make sense for us to kill animals to eat them because we needed them alive“, explains Sergio. Luxuries that originally could not be assumed here.” With the milk of the goats we made the cheeses, that is why we had to take advantage of the animals as much as possible, “he explains.

It is the same theory that Doña Efigenia defends. “My father always cooked with vegetables,” whispers the matriarch in a small voice, but besides that, the overwhelming logic of optimizing resources through the goat cattle to which the family has always dedicated itself.

Thus began an idyll that has been feeding for more than sixty years and that began with all the humility in the world. “A glass of wine and a portion of gofio with chopped cheese, nothing else, “says the ‘boss.’ All of this from a little window, today almost a sanctuary, which welcomes the visitor with historical scales and a collection of old bottles with a lot of tradition.

From selling sandals to rural accommodation 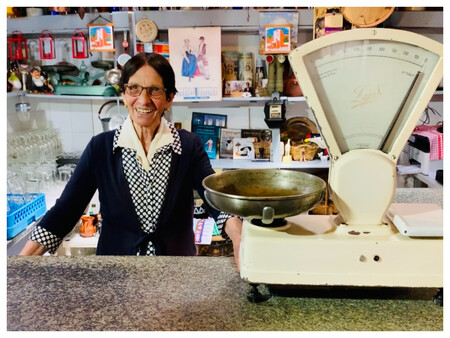 That little vent had what is essential to meet local needs. “We sold cholas [sandalias], rice, salt, oil … The basics to function “, Efigenia clarifies when he greets us in one of the rooms that today serve as a dining room and that long ago were part of the blocks of this house.

Read:  The Smart TVs with Android TV that you should not miss on Black Friday

Over time, Casa Efigenia It also evolved towards rural and sustainable tourism with the purchase of several lands where they have formed a series of rooms for those who wish to stay there. Under the name Casa Efigenia-Las Montañas, the Méndez Borges family receives tourists of many nationalities, although Germans and Scandinavians abound.

On how they understood each other, the answer is clear: “as God gave me to understand.” A sketched smile and the certainty that every guest who passes under this threshold is special. “Here we do not distinguish anyone and if someone does not have money to eat, we give them anyway, “he says.

A work that is both social and cultural and that also serves to to value the legacy of Canarian farmers and ranchers, where does the caste come from for this family of workers.

The paradise of the almogrote and the escaldón 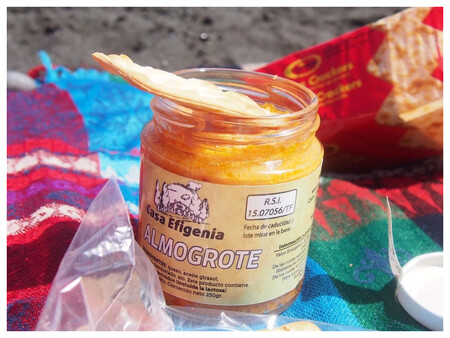 Soft, tasty and slightly spicy, the almogrote from Casa Efigenia is one of those treasures to be taken away dull.

The only thing that is not in Casa Efigenia are pretensions. The honesty from the moment you enter the door until you leave, surprises. Feeling like one is simple, even more so when the veracity of a letter so affordable that it is almost scary is verified. Barely 10 euros for the Canarian stew menu which is served in ‘three dumps’.

“We serve the stew, the salad and the gofio escaldón and what we recommend is taste a little of each to alternate flavors “, says Sergio. The other option, indulge in watercress stew -with corn pineapple- which is also presented with a gofio escaldón. 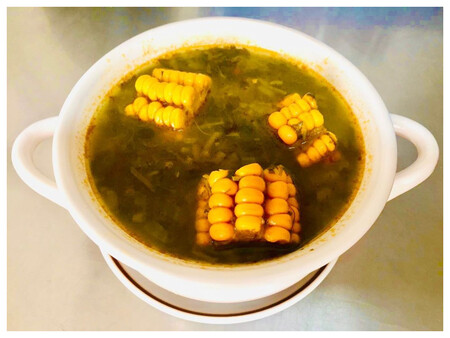 A classic of Canarian cuisine that appeals even on hot days: watercress stew.

In addition, it warns us of a frequent error of the peninsular: “when we add gofio to the stew, we do not have to dissolve it“Along with that, some mushrooms stuffed with gofio that are later fried and that alone deserved the visit. In addition to that, a homemade almogrote whose secret they refuse to reveal and mojos, of course also homemade, whose great secret is in the type of peppers used.

To this must be added, in this Canarian hospitality checkpoint, wine from their own vineyards (fresh, aromatic, of the year and not with the pretense of epatar) and a grilled smoked cheese that they serve with the mojos themselves. A delight of simplicity that also includes palm honey, of course, which they make themselves.

The ode to kilometer zero 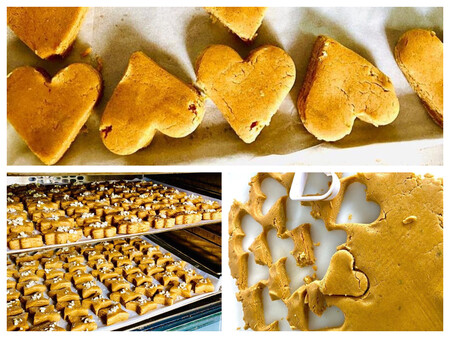 “Everything we serve and cook is from our orchards or from nearby producers,” Sergio praises. A little gastronomic homeland that in La Gomera has been dazzling diners for more than sixty years, when Doña Efigenia set up the first bar on a pair of ‘donkeys’ and that today remains with the same spirit with which it began.

Surrounded by tropical plants, flowers – many, including an interior garden that only Efigenia cares for – and fruit trees –from which their jams also come out-, Casa Efigenia is a kind of oasis at the top of La Gomera that, in its sweet culminations, offers essential gofio cookies. Unfortunately, Sergio Méndez is not there to provide the recipe either.

We understand it, we respect it and also thus we have one more excuse to return to Casa Efigenia, the place that dazzled Angela Merkel and where slaughtering animals to ‘eat their meat’ is almost sacrilege.

Sparks of Hope could be delayed until 2023

Pokémon Legends Arceus publishes a trailer of more than 10 minutes