Bullfrag
Home Technology This impressive video result is what a Pixel 6 Pro mounted on... 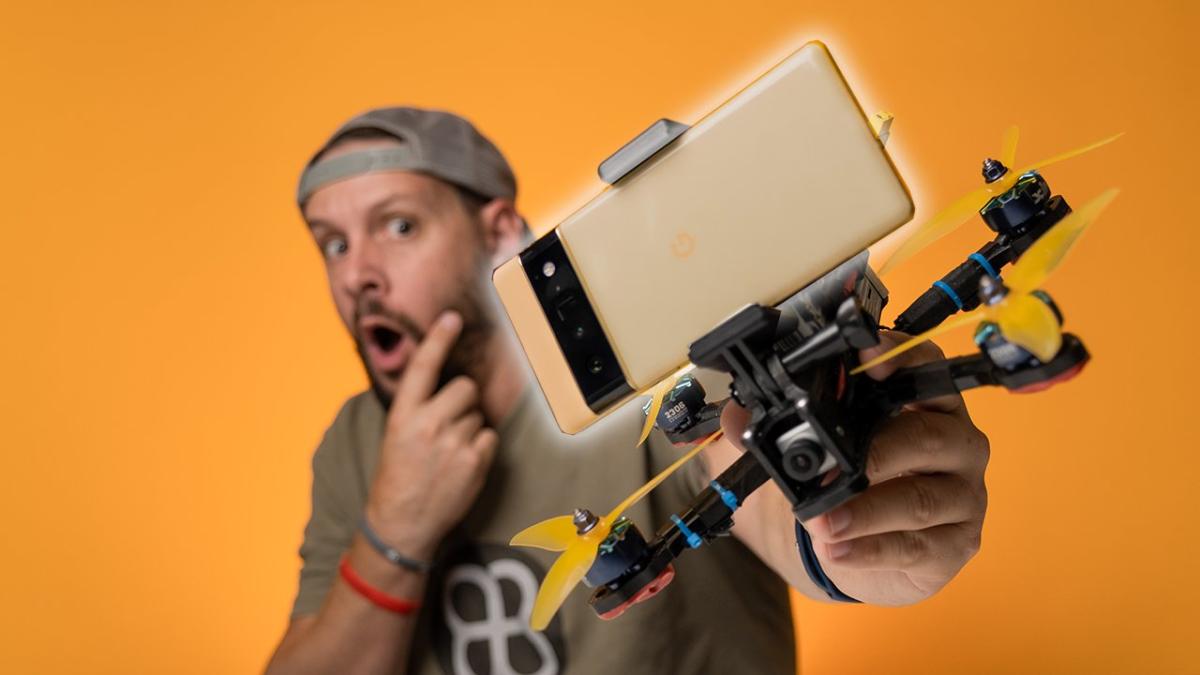 The first experiments with the Google phone begin to arrive and what this YouTuber has done with a drone and a Pixel 6 Pro is to take his hat off. This is the result of bringing both worlds together.

If there is a feature that is giving something to talk about in the world of technology regarding the Pixel 6 Pro, that is, without a doubt, the camera. While it is true that the Tensor processor has also taken a couple of flashes.

To demonstrate how spectacular the Pixel 6 Pro’s camera can be, a YouTuber has made the experiment of mounting the Google smartphone on a drone and recording some scenes that is worth seeing.

The Youtuber in question is OriginaldoBo, and the tweet that you have below is the one he shared with his followers to demonstrate the good work of the Pixel 6 Pro camera. Without a doubt, a great success on the part of Google.

Mounted on a drone, with a fairly normal smartphone mount, the video that the Pixel 6 Pro captures in flight is truly impressive, with excellent dynamic range and surprisingly good stabilization given the context.

The Pixel 6 Pro was set to record in 1080p at 30fps through its ultra-wide angle lens.. And it is that although it is not exactly the most ideal demonstration of the cameras, the results speak for themselves.

Captured footage looks better than the usual shot from a GoPro, explains the YouTuber, the only bad thing is that at the security level we can say that it is quite dangerous, since in the event of a hit, the mobile could be thrown out of its anchor and do a lot of damage.

Read:  At last it seems that everything ends: the United Kingdom and the European Union approve medicine to treat COVID-19

Removing this part of occupational risk prevention, what the video shows us is that Google has done very good work with your Pixel 6 Prowith both your lenses and your photographic software. And do not forget its Tensor processor, which has a lot to say in this. There is nothing left for it to come out.