This Holographic Christmas Tree Is Awesome And Dangerous 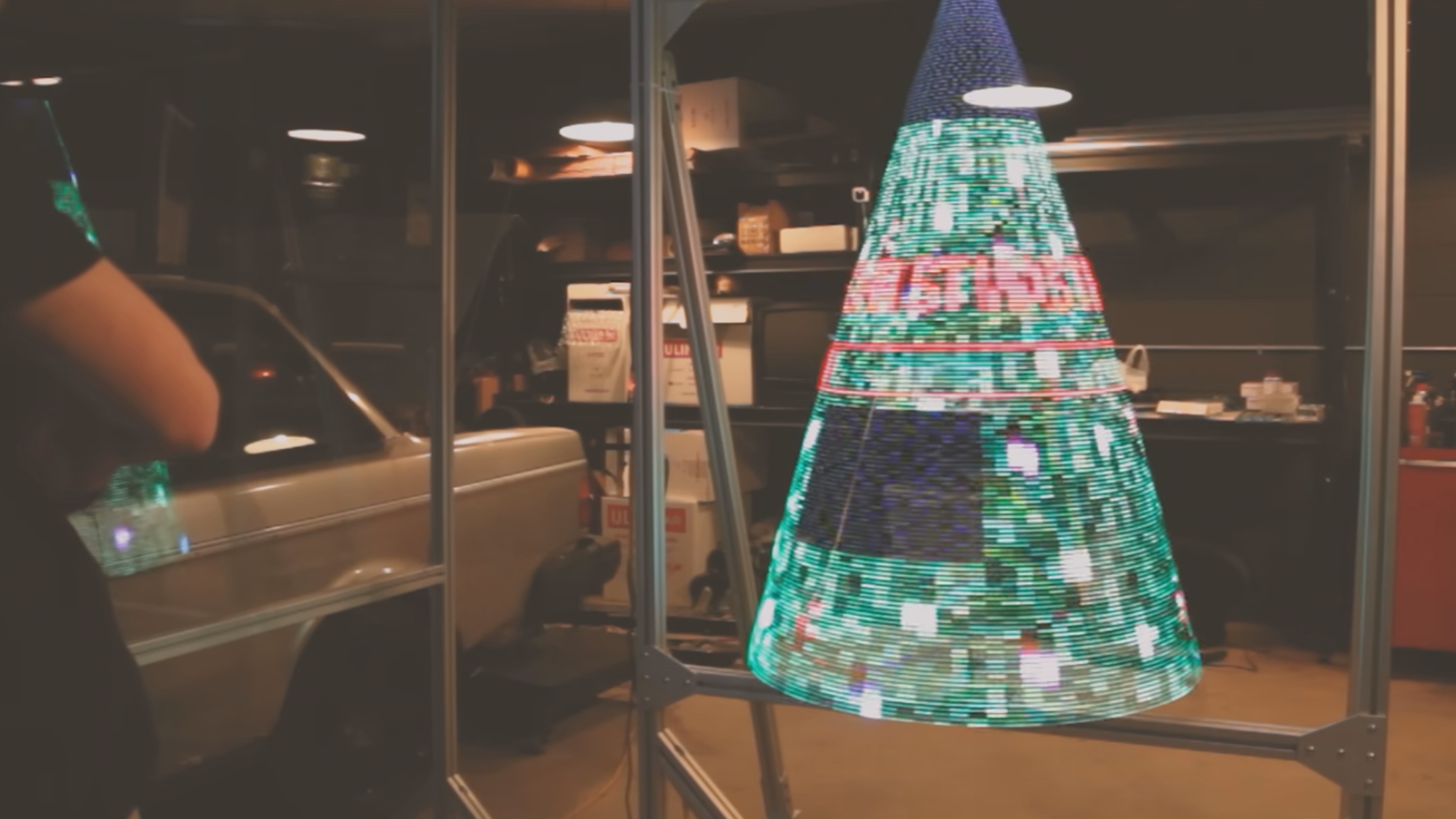 If the traditional is not your thing, but you like to celebrate the Christmas festivities in style, maybe we have found something perfect for you. It is a holographic Christmas tree. But this is not all, and it is that in addition spin non-stop in the middle of your living room. Just be careful not to stick your hand in and you’ll be fine.

Sean Hodgins is the creator of this traditional fir substitute, and it comes in the form of a single LED strip. The same It is anchored to motors that make it spin at a dizzying rate., creating an almost fluid image of conical lights resembling a Christmas tree. But Hodgins was not satisfied with creating a static image. In addition, it has added Christmas animations that adapt to the resolution of the LED strip.

holographic christmas tree it was about to break during its construction, and it is not ruled out that it will do so at some point in its useful life. However, Hodgins has shown that with ingenuity you can find fun ways to celebrate Christmas.

Hodgins He has a video on his channel Youtube where he shows us the construction process and its subsequent ignition.

This is how this holographic Christmas tree has been created

Sean Hodgins used a Raspberry Pi to program and power the LED strip that shapes the holographic tree. In this way, it can produce images based on input from a Hall effect sensor, which detects a magnet attached to the top of the rotating Christmas tree.

Read:  for the crops it has turned out to be a blessing

In the meantime, animations are fed from a folder of still and sequential images, represented by the LED strip as if it were a screen. Of course, the resolution is not the best, but it is enough to appreciate the details. Also, a pixelated holographic tree is quite charming.

Yes, you have to admit, Hodgins’ creation is looking pretty shabby. It seems that at any moment the LED strip and all the other accessories that give shape to the holographic rotating tree would fly away. Fortunately, its creator has arranged it behind a sheet of armored glassso that accidents do not happen during Christmas dinner.