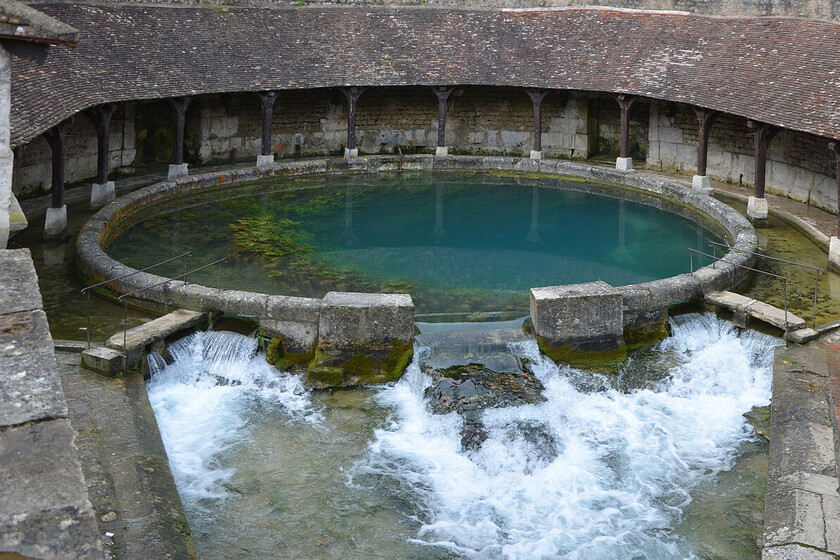 Fosse Dionne is a karst spring (a karst is an irregular limestone region with sinkholes, underground streams and caverns) that spews out an average of 311 liters of water per second, which is an unusually high discharge, although the speed with which it gushes soil varies from season to season.

The Celts considered this source sacred and the French used it as a public swimming pool for a time. And no one has managed to find out exactly where the water comes from, that is, the origin of the spring, because those who wanted it, died trying.

An “eagle shark” swam in the Cretaceous seas

A not so supernatural well

Fosse Dionne, which translates to “divine well”, is a circular stone pool built in the 18th century. In the Middle Ages, it was thought that there was a serpent that sailed deep into the heart of Fosse Dionne, and some even thought it was the portal to another world. The spring figures prominently in the accounts of miracles performed by the 7th century monk Saint John of Rome, who came to the area in AD 645 to cleanse the spring, which at the time was an unusable swamp.


The great mystery of the Fosse Dionne spring is where the water really comes from. Certainly, a lot of water comes out and, like other karst springs, the water emerges from a network of underground limestone caves. However, no diver has been able to find its origin, and many of those who have tried have not returned alive.

In fact, no one even attempted to probe the depths of Fosse Dionne until 1974, when two divers set out to navigate the spring’s maze of chambers and narrow tunnels. None of those divers came back to tell what they had seen. In 1996, another diver tried, but was also killed by the Fosse Dionne.

Read:  This new test tells you in just ten minutes if you have immunity to COVID-19

For many years afterward, divers had been prohibited from diving in this pool, until spring until 2019, when the diver Pierre-Éric Deseigne promised to explore 370 meters of tunnels. Fortunately, he returned alive, but without finding the source of the spring. Nor did he find another dimension or a monstrous snake.

Still, despite some tabloid headlines running around, the truth is that ignoring its enormous flow of water is not a particularly disturbing mystery. A main characteristic of karst springs is that the water is quickly transported through the caverns, so there is minimal filtration of the water and little separation of the different sediments. The groundwater emerges in the spring within a few days of the precipitation. Storms, snowmelt, and general seasonal changes in rainfall have a very noticeable and rapid effect on karst springs.

Furthermore, the properties of karst springs make them unsuitable for drinking water supplies. Its uneven flow does not allow constant consumption, especially in summer, when there is less flow but higher demand. Also, poor filtering and high hardness make the water quality poor.

Perhaps one day its precise origin will be found, which for the moment remains a mystery. Although more of a prosaic mystery.