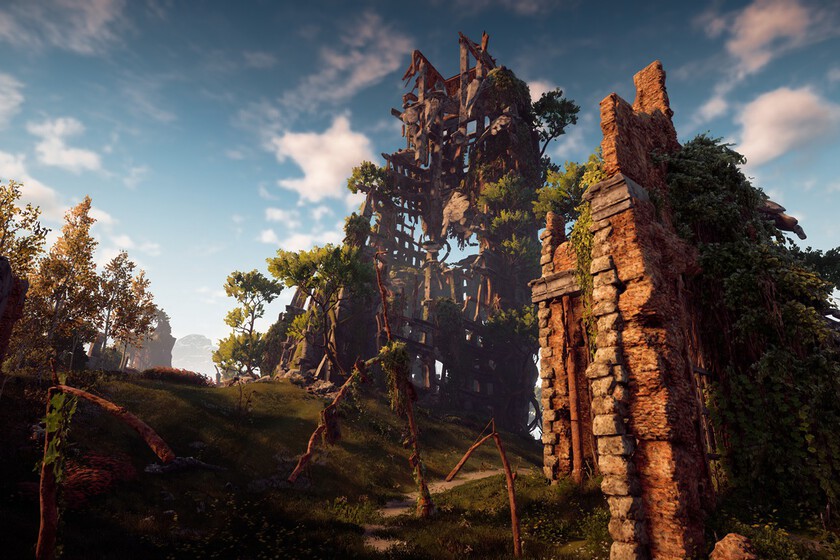 When we thought that we had overcome the tremendous binges of Christmas party food, the video game industry has come our way. Pokémon Legends: Arceus is just a few days away from his arrival and the month of February promises to be totally apotheosis.

One of the great reasons for such a qualifier is found in Horizon Forbidden West, the sequel to Horizon Zero Dawn. It is precisely on the 2017 title that Bit Analyst has focused, with a video in which he shows a comparison between real game locations and their virtual counterparts.

The Basilica of the Immaculate Conception, the Chapel of the Air Force, the Roosevelt Arch, the Red Rocks Amphitheater … there are many examples that we can see in the footage and they all share a common characteristic: the good work of Guerrilla Games. The studio did a great job in its day so that many places were well represented.

And is that the state of Colorado serves as a location for Aloy’s adventures, being able to even walk the streets of an entire metropolis like Denver. Yes indeed, 1,000 years have passed since these structures shone in their splendor and no one remembers what they were for or what they represented at the time.

Meanwhile, we can also feed the hype for the sequel thanks to the multiple advances that have been made from the developer. Horizon Forbidden West It is scheduled to launch on February 18 on PS5 and PS4.

Sonic the Hedgehog 2 already has a release date on Paramount +

10 tips to have a successful digital presence and get followers