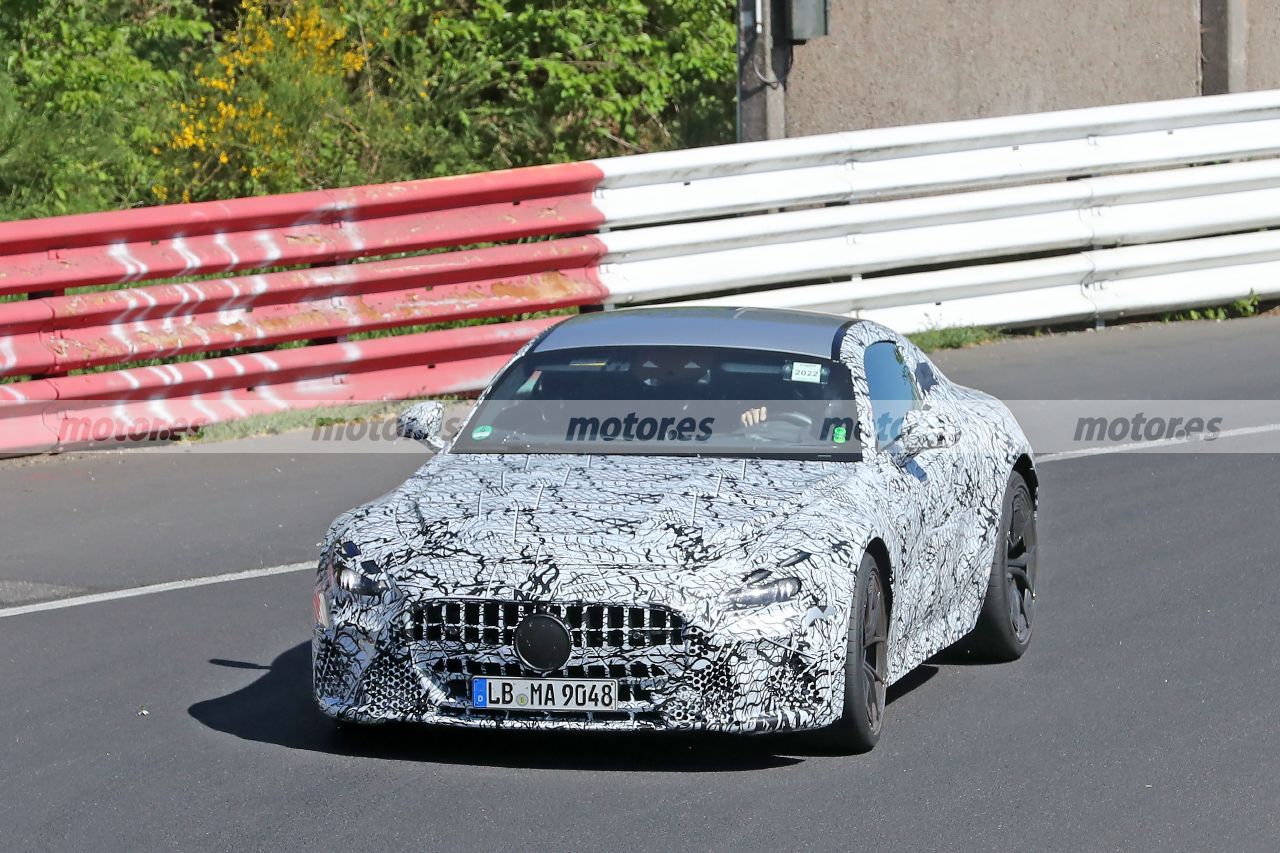 The sports brand of those with the star has stepped on the accelerator in the development of the new Mercedes-AMG GT Coupé 2023. In just a few months it has gone from the terrifying cold of northern Europe to getting fully into the Nürburgring circuit, while its prototypes continue to appear in spy photos loaded with camouflage.

The prototypes of new Mercedes-AMG GT Coupe 2023 They have just arrived at the Nürburgring circuit, where the sports brand is carrying out the first high-speed tests of the second generation of the German sports car. A first step along the route par excellence of the Germans, which is not the definitive one, since after the summer will face a second round with more mature prototypes and closer to the entry into production.

Even so, it is perfectly clear that the Mercedes-AMG have really stepped on the accelerator in development, and despite the fact that much of the set-up has been completed with the new roadster, the AMG SL. But it is useless when the two-door model has to offer performance well above the convertible. The news spy photos they hardly show changes in the design, loaded with camouflage from any angle, and only the rear lights are appreciated a little more.

The new AMG GT will bet on a slim and elegant shape, with a very slim roofline that radically changes the aesthetic approach of the current model with a tendency more to that of a style fast back. It is more than evident that the stylists at the service of Gorden Wagener have given their own personality to both the coupé and the convertible, since between this AMG GT and the AMG SL they hardly share the MSA platform and its interior configuration of 2+2 seats.

Read:  The new Volkswagen Aero B will face one of the most demanding tests of its development

Mercedes bets on different personalities on the outside but not on the inside, since the dashboard design will also be common. The coupé will inherit the digital driving position but will not succumb to the digital instrumentation of the rest of the models in the passenger range in the form of a horizontal screenalthough it will have the table in which the central console and the transmission tunnel have been merged.

The signature of the star will transfer the same mechanical offer of the new AMG SL to the two-door coupé, for which it will have of 2.0-liter four-cylinder options and also plug-in hybrid versions with “AMG SE Performance” technology. Force and gross power that will reach up to 840 CV, propulsion and all-wheel drive versions but all with 9-speed automatic gearbox. The new model will be presented at the end of 2022, although it will go on sale in mid-2023.